10 Surprising and Wonderful Buildings That Shouldn't Be Homes but Are 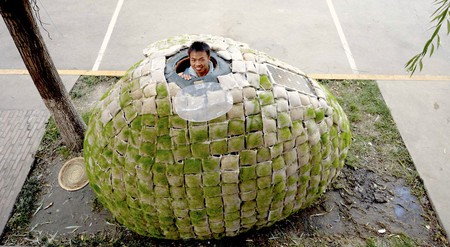 From a dumpster to a war bunker, there are some bizarre buildings around the world that have been converted into homes, with others being totally unique in design, including the narrowest house in the world. Here are our top ten unusual homes across the globe.

What would have been a source of pollution and a complete eyesore has been transformed into a beautiful and totally unique home by Spanish architect Ricardo Bofill. He took the derelict World War I-era cement factory, which is set just outside of Barcelona, and has transformed the plant, La Fábrica, into a spectacular 500-square-metre live/work space that is covered in lush vegetation on the outside. 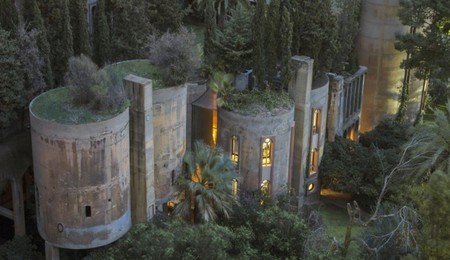 You can’t fault the ambition of Polish architect Jakub Szczesny, who managed to squeeze in super skinny house into the gap between two tall buildings. The house measures just 122cm across at the widest point, and Szczesny claims it’s the narrowest house in the world. The Keret House in Warsaw was designed as a writer’s retreat – Szczesny collaborated with Israeli writer Etgar Keret on the project, creating a unique live/work space for travelling authors. On certain days of the year, the house is also open to visitors – see more information here. 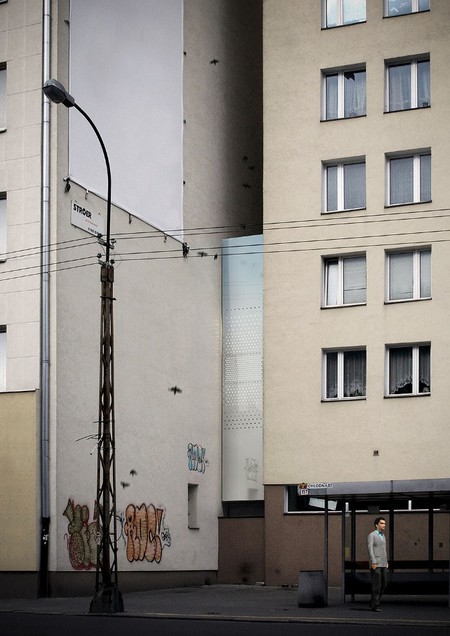 If you’ve always loved the idea of getting away from it all and moving somewhere more remote, then take inspiration from this incredible lakeside retreat in an ancient forest in Washington. This was 55 years in the making, with architect Jim Olson working on this cabin since he was 18 years old, and it’s morphed from a tiny bunk house to an impressive family getaway tucked away among the fir trees. 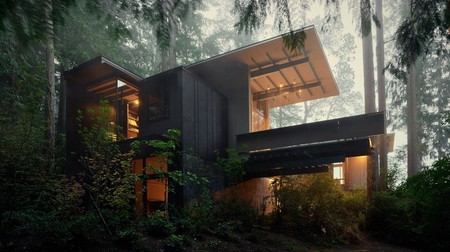 If you’re a fan of Grand Designs, you’ll probably have watched the 100th episode of the much-loved Channel 4 show where owners Leigh Osborne and Graham Voce went out on a limb and decided to buy a gargantuan water tower in south London. Soaring up to 10 storeys high, the 1877 building was transformed into a cutting-edge home in just eight months. Now, the jewel in its crown is the water tank itself, which has an unparalleled 360-degree view over London. The best bit? The couple have now rented out a suite on Airbnb so you can try it out for yourself. 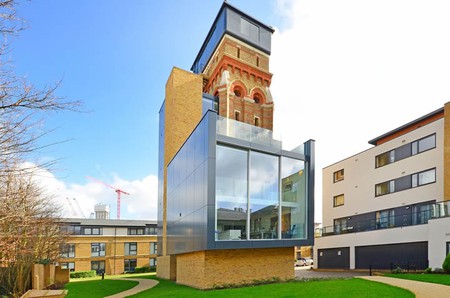 This old war bunker was part of the Dutch waterline defence during the war, which was left derelict for many years. Belgian studio B-ILD saw the potential in this half-submerged building and transformed it into a unique holiday home. Taking a back-to-basics approach to the aesthetic, the raw interior of the nine-square-metre building has been left exposed and the architect firm has maximised the space by creating bespoke furniture. 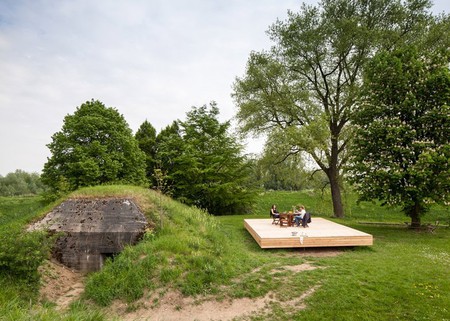 If you want to experience the true British seaside without the droves, head to this 1950s converted coastguard lookout in Dungeness, dubbed Britain’s only desert. It’s a unique location and a unique home to match – the tower has been transformed into a two-bed dwelling by architecture firm Johnson Naylor as a family holiday home, complete with cosy log burner and incredible sea views, making it the perfect romantic getaway. Explore it for yourself and book a stay here. 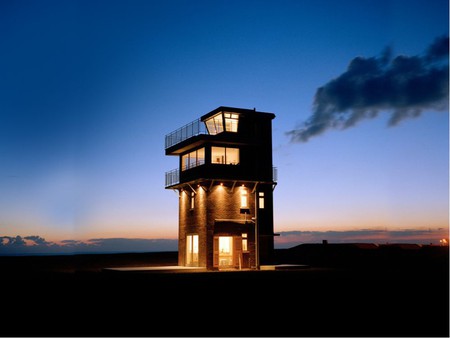 Standing almost as tall as Niagara Falls is this incredible home dubbed the ‘Falcon Nest’, situated in the stunning Prescott National Forest, Arizona. At 124 feet tall, this impressive home designed by architect Sukumar Pal, AIA has stunning panoramic views through its large glass rooms and sustainable features including a 2,000-square foot solarium. The views go on for miles, with Humphrey’s Peak, San Francisco Peaks and Bill Williams Mountain visible in all their glory from the top of the three-bedroom property. 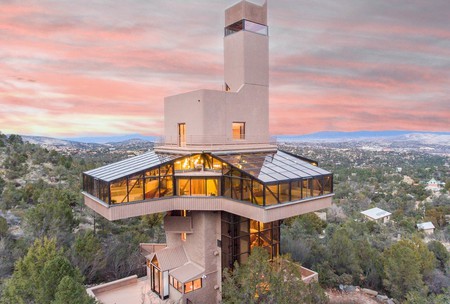 While it looks more like a spaceship than a house, this bizarre-looking home designed by Czech architect Jan Šépka was actually designed to blend seamlessly into its surrounds – an orchard on the outskirts of Prague. The three-storey, 80m² (861 ft²) structure is designed to resemble a rock in the landscape, which has been covered in a unique grey waterproof skin. Read more about the project here. 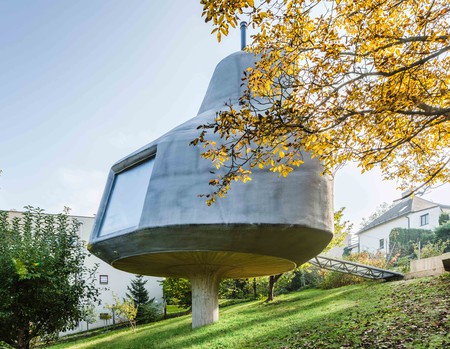 The dumpster project was the brainchild of Dr Jeff Wilson who transformed a regular dumpster into a liveable 33 square-foot home on the campus of Huston-Tillotson University (HT) in Texas. ‘The Dumpster Project is investigating how you can transform an empty box into a happy, healthy home – healthy for you and the environment,’ explains Wilson on the project’s website, with the idea of creating a portable learning initiative that people can interact with and also to challenge people to think more innovatively and sustainably about homes for the future generations. You can visit the Dumpster Project at the university – just ask at the gate house to see it. 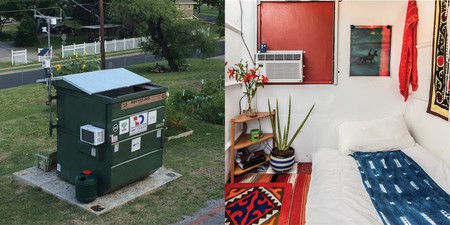 Many of us know the pressures of living in a city – the rent’s sky high and it seems impossible to afford your own home. Twenty-something Dai Haifei took the initiative to built an unusual egg-shaped house in a courtyard in Beijing out of bamboo, which only cost him less than $1,000 to build. The budding architect couldn’t afford to live in the city he’s helping to shape, so instead he took his chance to create a sleep pod as part of the ‘City’s Egg’ project for the Shanghai Biennale Exhibition back in 2010. 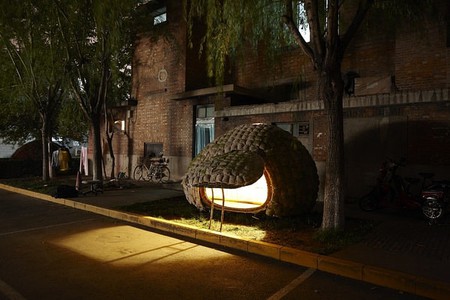 Want to see more quirky buildings? Check out our top picks of unique architectural places to stay in the UK and these unusual mid-century gas stations dotted across America.