10 of the Most Beautiful Black Buildings From Around the World

From an 11th-century, tar-treated building on the Faroe Islands to an ultra-contemporary museum in Cleveland, new book Black: Architecture in Monochrome brings together a spectacular range of 150 dramatic and beautiful black buildings. Here are 10 striking examples from around the world that illustrate the world’s long-standing obsession with the colour black and its cultural and historical significance.

Inspired by the ever-present stormy skies, this broody timber-clad home in the Scottish Highlands masterfully blends into its surroundings while making the most of its spectacular scenery. It was built for a young local couple on a tricky hillside plot that has a distinctive double-gabled form so that the pair could maximise views of the sun rising over the mountains in the east and watch it as its sets behind the islands to the west. The stained timber cladding also references the abundant peat and gorse growing on the land, as the house is situated on former rough grazing pastures for local livestock. The drama of the three-storey home increases the higher up you go – the spaces gradually become lighter and larger, with the top level boasting vast double-height spaces. 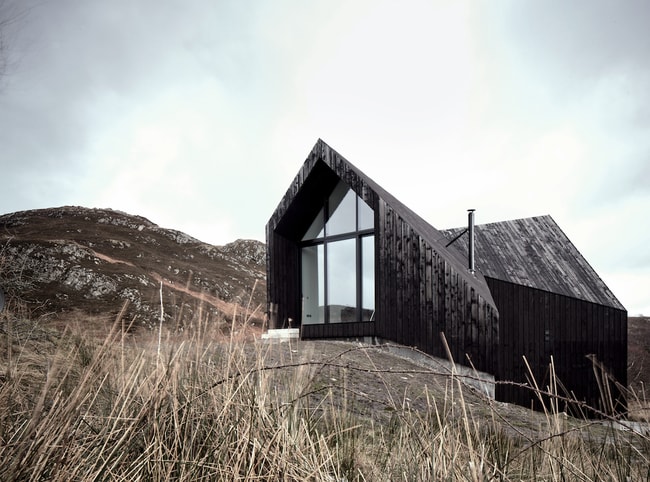 The now black facade of this restored 19th-century building in Montreal’s Plateau Mont Royal neighbourhood is actually a happy accident. The couple who were renovating the property stripped away the badly damaged corrugated metal exterior (it used to be housing for the groomsmen of wealthy residents of nearby Saint Joseph Boulevard) to discover the original wood cladding underneath. They decided then to carefully restore it and, in keeping with the historical district’s preservation restraints, painted it black. The result is actually distinctively modern – at night, the external and internal lighting reveals the subtle historical details that have been cleverly incorporated into this new family home. 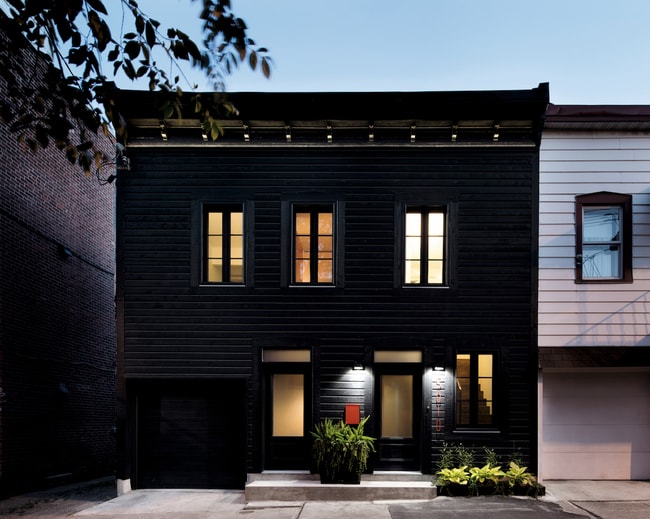 While this unusual trapezoidal building might seem like a bold and slightly abstract choice for a government agency, it’s actually a less dramatic design than you might think. The Netherlands has a long-standing history of black buildings, and the establishment is also designed to echo the height and silhouette of the dike, which is an iconic feature of the surrounding landscape. The unusual shape is actually designed that way to cater for the multi-functional nature of this department; the garages and workshops at the heart of the building are situated in expansive rooms with high ceilings while the administrative offices have a more intimate feel in the lower, peripheral parts of the structure. 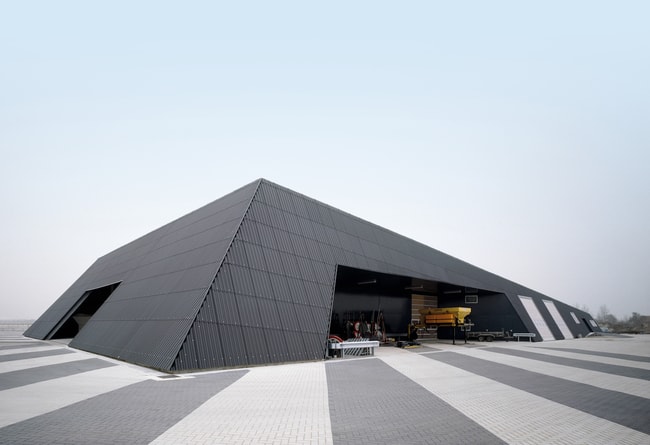 While this imposing Japanese home has a big presence on this residential street, it’s actually a very intimate house with the smooth, dark facade almost entirely unbroken by windows or external glazing to give the family privacy. Soaring upwards, the black cantilevered volume hovers above the ground to create a generous balcony, which is protected by black-stained timber louvers that allow for unbroken views out towards the street from the kitchen. To make up for the lack of windows on the exterior, the home features an internal courtyard, with the living spaces wrapped around it, providing plenty of much-needed daylight and air circulation to the two-storey building. 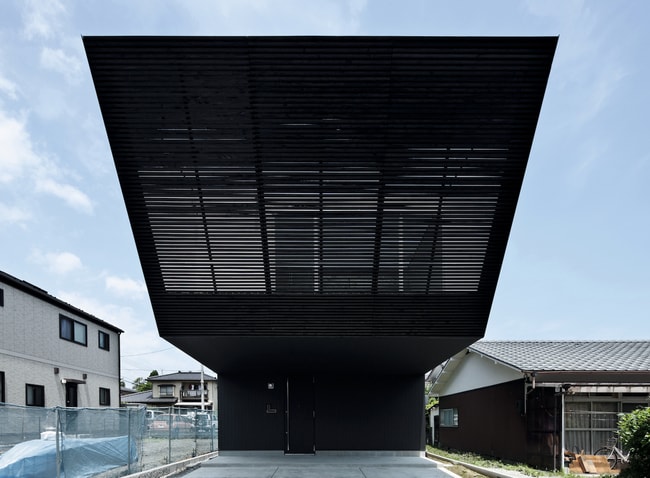 Despite being a simple building made purely out of wood, this is the oldest standing stave church in the world. It’s actually the fourth church to be erected on the site, but the original timber and carvings are, incredibly, more than 1,000 years old. Situated in the breathtaking Sognefjord, the church and its timber-frame construction was hugely innovative for the time and extremely complex; what had previously been expressed only in stone in Europe’s grand cathedrals is realised in local timber here, and crafted entirely by hand. Celtic symbolism and traditional Christian motifs are intertwined in elaborated carved scenes; this rare structure is on the UNESCO World Heritage Site list and is a popular choice for weddings. 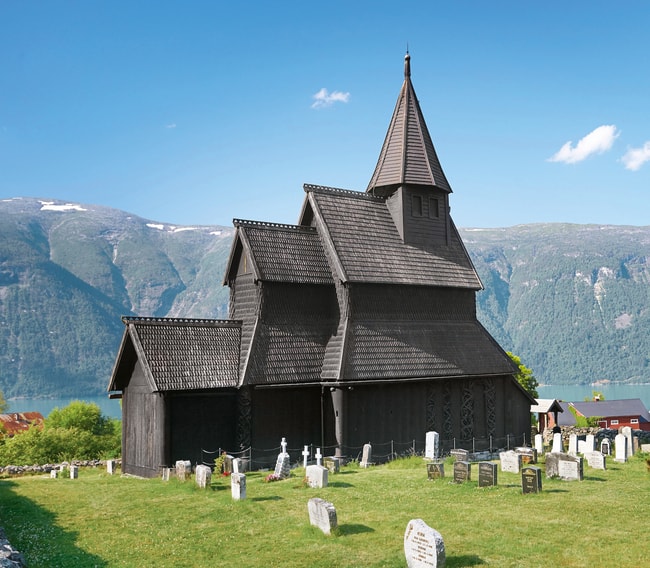 This huge black-steel clad prismatic structure is home to MOCA Cleveland, which is one of the world’s biggest non-collecting museums at an impressive 3,159 square metres. Its sculptural form has a dramatic mirror finish, which is designed to reflect its urban surroundings, both literally and symbolically. While five of the sides are covered in this metallic finish, the entrance to the museum is constructed entirely of clear glass, through which visitors enter into a soaring atrium. Here, they’re greeted by the centrepiece of the building – a grand staircase that leads to the upper floors where the ceiling is painted a vivid blue. 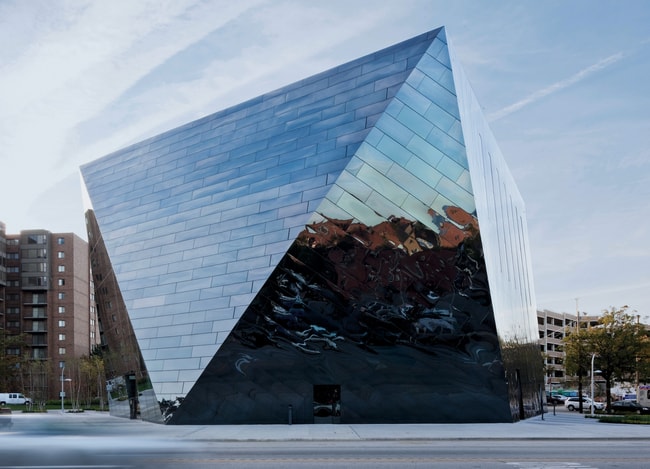 This striking monolithic building is actually a family home that’s been cast entirely in black-tinted concrete. Made up of a series of linked trapezoids, the house located just outside of Madrid has a central volume that is then supported by six extensions that carve up the internal living arrangement and provide additional external spaces. The interior mirrors the exterior by following a monochromatic scheme of grey-black and white decor and built-in furniture that mimics the geometric shapes of the external structure. Large sliding-glass panels on one side of the house open up onto the garden, which boasts a contemporary pond and landscaped lawn that gradually steps down the sloping site. 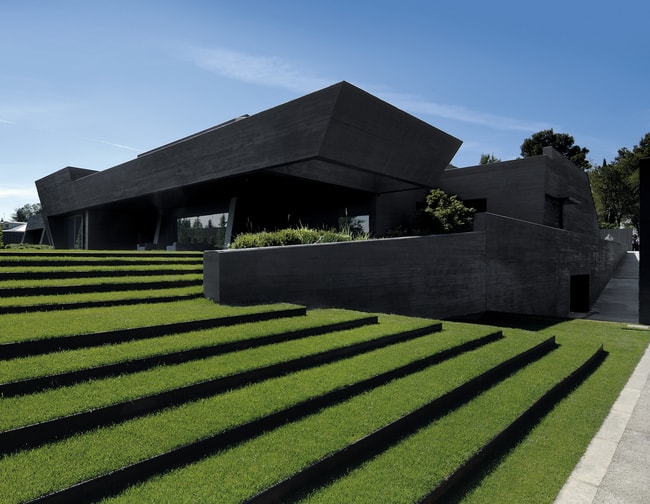 Situated on the Faroe Islands is Kirkjubøargarður, or ‘King’s Farm’ in Faroese, which is potentially one of the oldest inhabited wooden houses in the world. The timber property at the heart of King’s Farm dates back to the 11th century and would have consisted only of the roykstova, or ‘smoke room’, at that time. Impressively, the Patursson family has lived continually in the house since 1550 and still lives in part of the house today, while the rest has been transformed into a museum. The black wooden exterior was treated with a tar mixture to obtain its distinctive look, which was a construction method often used by shipbuilders to waterproof their boats. The red-framed windows and turf roof are of Scandinavian influence. 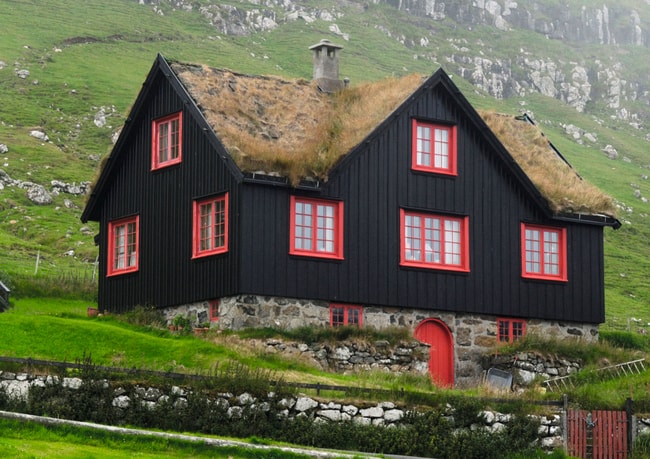 This unusual looking home is a result of strict local building regulations. Built for a lone gardener, the metal-clad cube dramatically slopes toward the sky to make way for the owner’s much-wanted garage and also cleverly complies with the requirement for a gabled roof. To remain in keeping with the local architecture, which includes preserved bomb shelters and forts, the architect chose to clad the home in titanium zinc plates, which is a material that is used traditionally in the area near Kraków Fortress. 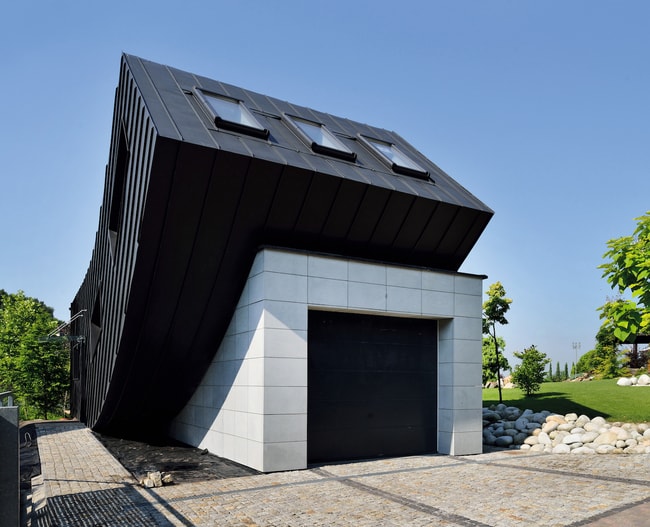 These tiny 25 square-metre domes on the island of Streymoy were made to accommodate tourists to the island. These cosy self-contained shelters are super efficient, with off-the-grid heating, plumbing, and electrical systems, and black-painted wood that helps with heat absorption during the cold winters. Made up of 21 pine and plywood hexagons, the domes feature turf roofs (again, to provide insulation) and hexagon-shaped windows with stunning sea views. Each dome contains a miniature kitchen, complete with a wood-burning stove, plus a small living space with storage and a loft for sleeping that’s accessed via a ladder. 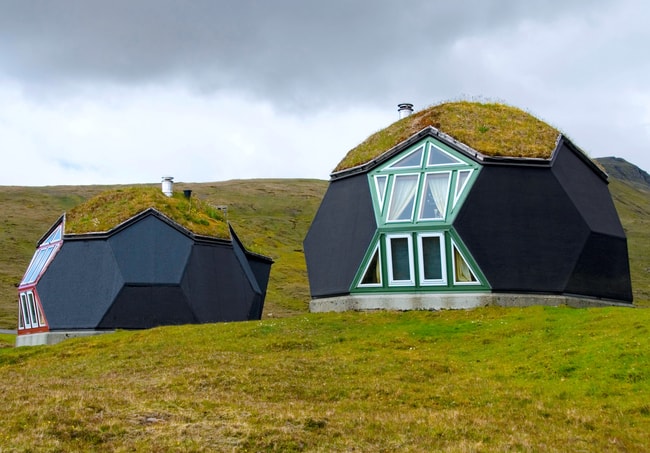 Black: Architecture in Monochrome, published by Phaidon, is available now. 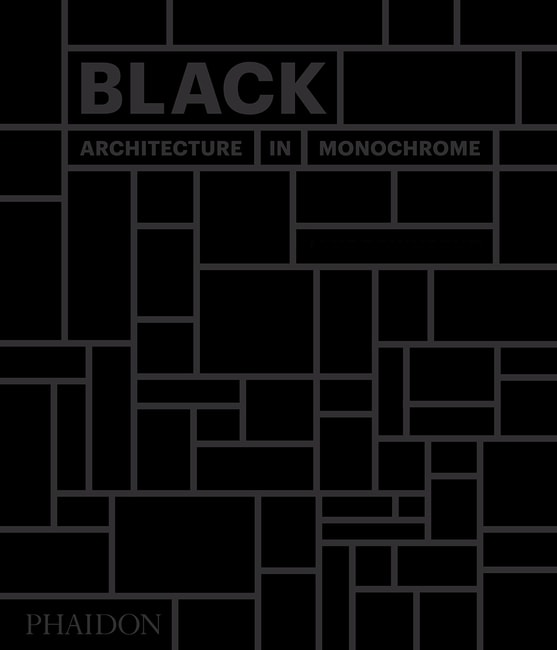