10 of the Best Women Winemakers From Around the World 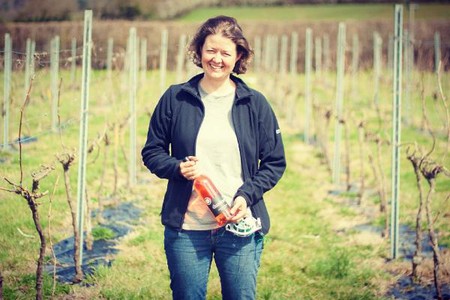 Bellita in Bristol is unique in the fact that all the wines on its wine list are made by female winemakers. Why? Well, why not. The wine world is heavily dominated by men, but there are growing numbers of women doing great things with grapes. We grabbed a glass and asked owner Kate Hawkings for her recommendations.

Laura is the only woman in this four-strong collective of young ‘flying’ winemakers working for various wineries throughout Spain, as well under their own label, Envinate, on the very up-and-coming island of Tenerife. With the wine Palacio Quemado ‘La Zarcita’, for example, they break the rules by mixing local grapes from Spain and Portugal; a wild and wonderful borderland wine. 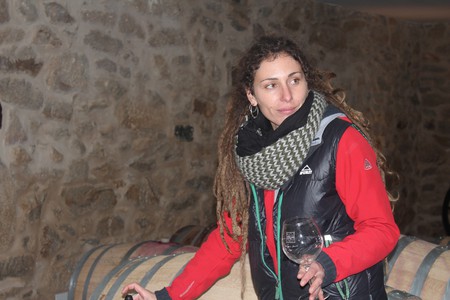 Ingrid studied biology and then worked in the media, before going back to the land and planting her first vineyard in Somerset in 2008. One of the few women makers in the UK not backed by massive outside investment, at Dunleavy Vineyard she makes her pinot noir into a wonderful award-winning rosé that just gets better year after year. Her 2016 vintage will be available in April.

At the age of 30, Loreline ploughs her own biodynamic furrow at Les Granges Paquenesses with her horse. She uses Savagnin grapes, indigenous to this lonely region of eastern France, to make tiny quantities of her ‘La Pierre’ wine which sings with the unique minerality of the Jura. Very rare and very special.

Izabella is the youngest of the Zwack family, best known for their bitter liqueur Unicum. She now runs their winery Dobogó in the Tokaj region where she makes the wonderfully savoury Dobogó Dry Furmint, as well as astonishing (but costly) sweet wines for which the area is most famous.

Vanya is a grande dame in Australian winemaking circles, now at the helm of the world’s first carbon-neutral winery, which was established in 1971 by her parents. She blends Sauvignon Blanc and Sémillon in her much-lauded ‘Mangan Vineyard’ wine, one of the Cullen Vineyards – gorgeous grassiness and freshness wrapped around seductive richness and spice.

On the hills overlooking Barcelona’s seaside playground of Sitges, Nuria and her father, Manuel, tend their 80-year-old vines with a careful touch, ploughing with a horse called Ringo and using sheep rather than chemicals to keep weeds at bay. Their ‘Perill Blanc’ xarel-lo, fermented with wild yeasts and aged in clay amphorae at Clos Lentiscus, smacks of green apples and bracing sea air.

Elena was a driving force in establishing this region in the Italian Alps as one of that country’s finest appellations. She trained as an architect and her eye for detail shows in her wines, which she now makes with her two daughters at Alto Adige. Seek out her pitch-perfect ‘Selezione’ Chardonnay or her breathtaking ‘Ludwig’ Pinot Nero. 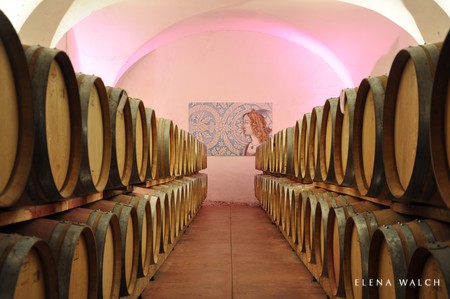 Veronique is the daughter of Francois Bouchet, the man who introduced biodynamics to French viticulture more than 50 years ago. She still practices these principles at Château Falfas, making tantalising wines such as ‘Les Desmoiselles’ – soft but fresh and with a very pretty nose; like Brigette Bardot in her sex-kitten prime.

Greece is producing some fantastic wines these days but women makers are still thin on the ground. Dimitra works alongside George Skouras at his state-of-the-art winery, Skouras, in the Peloponnese region and her ‘Megas Oenos’ is the wine that really put them on the map. Rippling with chewy liquorice and ripe blackcurrants, their wines are muscly but not brutish and lifted with Dimitra’s feminine touch.

Stephanie and her husband Jeffrey Grosset make much-fêted wines on adjoining estates on Mount Horrocks but keep their businesses entirely separate. Stephanie’s ‘Watervale’ Riesling shows why she’s known as the Queen of Riesling – a fantastically food-friendly wine with dazzling purity and elegance.

Kate Hawkings is the owner of Bellita