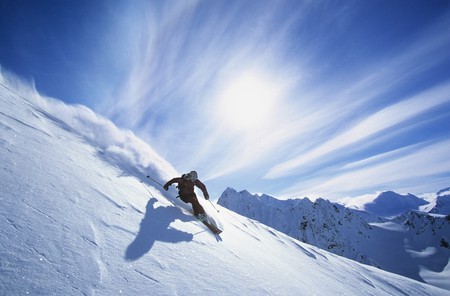 Ski-wear poses a unique and interesting challenge for designers who strive to create pieces that earn top marks for both function and style. From collections that utilize innovative new performance technology, to pieces that attract attention with their bold and unusual prints, here are ten designers that will help you make an impression on the slopes this winter.

Willy and Sônia Bogner are the husband-and-wife team behind one of the world’s leading sportswear companies. Willy is the son of founders Willy Sr. and Maria Bogner, who first began the company in 1932. The perfect duo to create an innovative ski-wear line, Willy is an avid alpine skier while Sônia studied fashion for years under the guidance of her experienced mother-in-law. The company’s successful ski-wear brand, FIRE + ICE, was launched in 1989 and continues to specialize in bright, youthful, and functional styles. Celebrating its 25th anniversary, the brand recently launched an anniversary collection which embodies a practical, yet playful, ‘alpine runway’ style.

French fashion designer Jean-Charles de Castelbajac has been creating imaginative ski-wear lines for Rossignol for more than a decade. A renowned designer, with more than 40 years of experience in the industry, Castelbajac is known for his artistic approach to fashion. His most recent collection for the brand reflects his trademark colorful, whimsical style. The collection features tribal patterns and bold green, yellow, blue, and pink colors for women, along with more solid colors for men. Some of the more eye-catching pieces in the collection include a puffy down miniskirt and a full-body Lycra ski suit.

A post shared by CASTELBAJAC Paris Officiel (@castelbajacofficiel) on Nov 7, 2016 at 9:02am PST

Anita Heske and Ole Damm head up the edgy Scandinavian ski brand Sportswear of Sweden (SOS). Although the brand itself was founded in the 1980s, it was recently purchased by the Danish couple with Heske taking on the role of lead designer and Damm acting as CEO. The couple’s pieces focus on style first, beginning with a vision for the silhouette, before considering function or fabric. The resulting collections are bright, slim-fitting and modern. Their most recent collection included a more technical line as well as a fashion line with similar color motifs, making it simple for skiers to mix-and-match the two in order to balance style and performance.

Paula Fox is an up-and-coming young designer who has received widespread praise for her innovative, safety-conscious line of ski-wear. Founder of Ponyosquid Ski Apparel, the Scottish designer was inspired to design her collection after experiencing a severe skiing accident in 2012. She credits her bright-colored clothing to the rescue workers who found her stranded on the side of the mountain. Her most well-known design is a color-coded jacket system that illuminates in low-visibility conditions, ensuring skiers and snowboarders can be easily located in the event of an accident. Fox presented her collection at the New Designers exhibition in London in 2014, and was also shortlisted for the Shell LiveWIRE Grand Ideas Awards.

Daughter of Gorski Group founder Leonard Gorski, Lauren Gorski is making a name for herself as a talented, emerging designer. Now president of the company, the designer’s Après Ski line exudes elegance and sophistication. The jackets and vests fit close to the body, featuring hand-sewn embellishments and other intricate details. Produced in Italy, the collection draws on the characteristic elegance of Italian designs. There’s an emphasis on parkas and “puffy” jackets, which are known as piumini in Italy. The pieces are designed in timeless winter colors, featuring rich fur trims and nappa leather detailing. 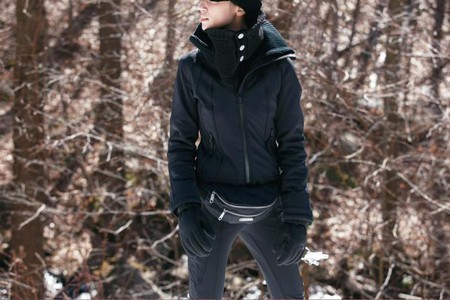 Stella McCartney has helped make designer ski-wear more affordable through her long-time collaboration with Adidas. The British designer launched her own fashion house in 2001, with collections that are now sold in more than 70 countries around the world. McCartney is known for designing pieces that are functional, stylish and smart. Her most recent collection for Adidas evokes a nature theme, with bucolic photographic prints and earthy tones. Many of her ski-wear pieces incorporate innovative RECCO® reflectors, a type of geo-location technology designed to aid emergency rescue efforts on the slopes.

Oversized puffa jackets worn with feminine and frilled knitwear add sophistication to streetwear. See @AmberValletta and her #Falabella behind the scenes on our campaign shoot. Shop the new collection at #StellaMcCartney.com

At 95 years old, Klaus Obermeyer continues to serve as the lead designer, founder, and CEO of the legendary company Sport Obermeyer. According to the story, the German-born designer moved to Colorado in the 1940s without bringing proper ski-wear. He converted a down-comforter into a coat, which quickly attracted interest from his students and prompted Obermeyer to begin manufacturing more. Over the years, his brand has been responsible for numerous innovations in ski-wear, from turtle necks with elastic collars to nylon wind-shirts. Obermeyer’s latest collection features bold shades of blue, red, yellow and pink.

US-based friends Greg Steen and Dan Abrams are the masterminds behind Flylow, a brand that specializes in apparel for modern skiers. Their versatile pieces blend the mobility of mountaineering gear with the style of free-ride clothing, designed to perform equally well on resort slopes as on more rugged back-country trails. Steen and Abrams’ latest collection features goatskin gloves and a compound pant made of breathable NeoShell fabric. The designers’ chione women’s pant was recently featured in Ski Magazine, where it was praised for its flattering, yoga-pant-style fit.

Alan Yiu is the founder and lead designer of the Vancouver-based Westcomb Outerwear. Founded in 2005, the brand focus on high-performance, stylish outerwear that incorporates the latest material technology and innovations. Yiu takes pride in manufacturing and testing all his collections in Vancouver’s notoriously cold climate. Yiu’s designs are set apart by their attention to detail and the brand’s partnerships with the most cutting-edge textile manufacturers around the world. Yiu’s most recent line features jackets made using a new water-resistant down technology.

Half of us have decided to retire our winter stuff to embrace the hot weather hitting us, and half of us are still holding onto winter for views like these😍 – PC: @picobac