When Is the Best Time of Year to Visit Armenia 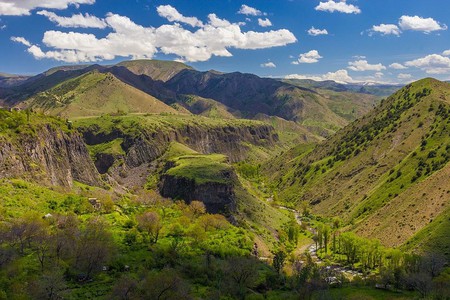 Armenia’s climate is distinguished by cold winters and hot, dry summers. Winter months are the coldest, with the northern region enduring fairly common snowfall. June to September are the hottest months, with temperatures getting as high as 40 degrees Celsius (104 F). The average temperature ranges from 22 C (77.6 F) to 36 C (96.8 F). The evenings though are cool and refreshing. Here’s a detailed guide of the best times to visit Armenia, and a few things you can do here each month.

Usually, visitors avoid traveling to Armenia in winter months, as the temperatures are quite low. However, if you don’t mind cold and snow, there is potential for a great vacation. Main cities are free of tourists, and you’ll have the sights to yourself. Accommodation is much cheaper as well. For winter sports lovers, January might be the right time to visit Armenia; the ski resort Tsaghkadzor is flush with alpine meadows and is located 1,841 meters (6,040 Ft) above sea level. 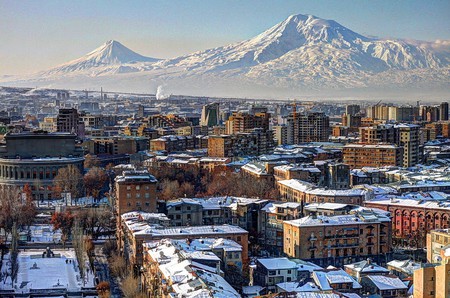 Similar to January, February is pretty quiet in the cities. However, for those who enjoy traveling to another country in winter, February is a good month to see snow-covered cities and monasteries. One of the most beautiful places in winter is Khor Virap, which has a magnificent view of the snow-covered Ararat Mountain.

The month of March slowly brings the season of spring to the country. This is the time when nature awakens and cities start to get their first hesitant carpet of green. The temperature is still low, so Armenia’s main attractions are not full of tourists.

April is considered to be the wettest month with heavy showers lasting for a couple of days at a time. Therefore, you might want to avoid traveling during this time. If you are determined, don’t forget to bring an umbrella or a raincoat. It should be noted that the weather during April often differs within short distances, due to fluctuations in altitude and other factors.

The beginning of the month of May is characterized with heavy showers, like April. Thus, the best time to visit Armenia is from late May to early June. This time of year, the weather is comfortable before the heat sets in, making it an ideal time to explore the country. Additionally, Yerevan hosts wine days from May 11 to May 15, if you’d like to try local products. Gourmands will enjoy the Dolma Festival in Aragatsotn Province on May 20. 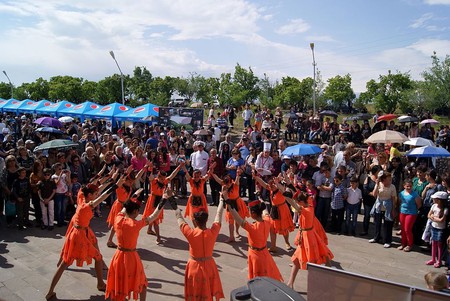 As mentioned above, the month of June is the best time to explore the country – rains are unlikely and nature is in full bloom. In addition to visiting Armenia’s must-see destinations, visitors can enjoy various cultural and traditional events, such as the Sheep Shearing Festival held on June 09 or the Bread in the Mountains Festival held on June 10.

In July, the weather gets hotter with low humidity. It is also the busiest month for Armenia. So if the heat doesn’t bother you, you can come to enjoy the beautiful towns of Armenia, as well as attend some of its festivities. Despite the fact that July is considered the hottest month, the majority of the festivals are held this time of the year, including the Syunik Mulberry Festival, the Vardavar Water Festival, the Golden Apricot Yerevan International Film Festival, the Yerevan Color Run, or the Watermelon Festival. 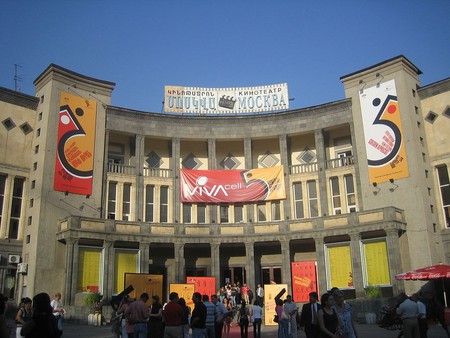 Just like July, the month of August is considered one of the hottest months of the year. However, the country still organizes various events to keep locals and visitors entertained. Lovers of culture and tradition will enjoy the Taraz Festival, a national dress day, while beer lovers can participate in various activities held during the Yerevan Beer Fest at Sevan Lake. Moreover, meat and barbecue fans will enjoy time spent at the Barbecue Festival in Akhtala.

Late September is another amazing time to visit Armenia, as the temperature cools off and the weather is comfortable enough to have a nice tour around the country. Like July, September is a month full of interesting events you can attend, such as the Carpet Festival held in Dilijan on September 8, the Harissa Festival on September 15 in Musaler, the International Balloon Festival in Yerevan from September 15-18, a celebration of the Armenian traditional dessert Gata on September 22 in Khachik, and the Erebuni-Yerevan Festival (the ‘birthday’ of the city) on September 29-30. 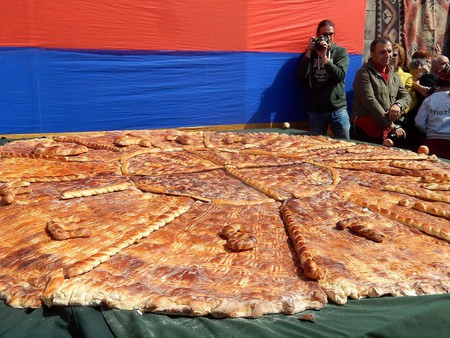 October is one of the best times to visit Armenia. Autumn brings beautiful colors to the cities, making the country the most beautiful at this time of the year. Unlike many other months, October here doesn’t bring many celebrations. There are only two festivals to mark in your calendar: the Areni Wine Festival held on October 6 in Areni and the ReAnimania Yerevan International Animation Film and Comics Art Festival that runs from October 28 through November 3 in Yerevan. Otherwise, plan your itinerary around visiting the countrysides and some of the country’s best landmarks. Bring a light jacket or a pullover, as evenings get a bit chilly.

In November, the temperature drops and the country starts to prepare for winter. There aren’t any festivals planned for this month; however, if you are up for visiting the city when it has fewer tourists, then November is a perfect time to do so. Make sure to pack warm clothes, and wear a comfortable jacket and warm shoes while walking through the city or traveling to remote areas. 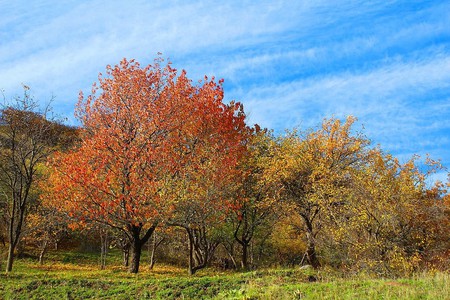 Like the rest of the winter months, December is quiet in Armenia, with fewer tourists visiting the country. The temperature on average drops below 0 degrees Celsius (32 F) and walking around Yerevan or elsewhere might not be comfortable. However, mid-December is a bit slow at the ski resort Tsaghkadzor, located 60 km (37.28 miles) from Yerevan, so you may find a few fresh ski slopes all to yourself.

When not to go Armenia

If you are not a winter person and don’t enjoy visiting a new place in colder temperatures, avoid the winter months. As mentioned above, April and May might not be a good fit either due to a large number of rainy days. As far as warmer months go, July gets quite busy with tourists, so be sure to plan accordingly.