The Oldest Vineyard in the World Is 6,100 Years Old 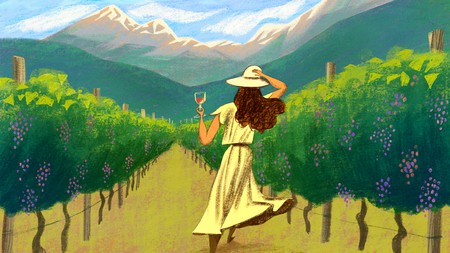 A glass of wine is one of life’s little joys, and we are now perhaps more educated than ever about the provenance of our favourite tipples. But have you ever wondered where the first winery originated? Culture Trip investigates the history of the humble grape.

Wine is produced and enjoyed all around the world, with the United States the largest nation of wine drinkers – they sink an average of 4.3 billion bottles every year, and Europeans in France, Italy and Germany aren’t far behind. But the earliest artifacts that suggest wine production were found far from these producers. Here we investigate the world of wine.

A brief history of wine

Wine has long been well-loved. The Greeks had Dionysus – the ancient Greek god of wine, among other things – who was worshipped as early as 1500-11000 BCE and referenced in the works of Homer and Aesop. Mentions of wine can be traced back to Georgia in 6000 BCE, Iran in 5000 BCE and Sicily in 4000 BCE, and the Egyptians also tried their hand at winemaking with all kinds of grapes, as well as with figs, dates and pomegranates. The alcohol is even mentioned 231 times in biblical literature. In short, we all love a drop of red or white, and historians speculate that humans began growing grapes following on from wheat. 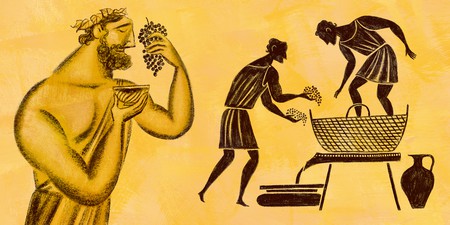 The origins of wine production

An international team of researchers suggest that the oldest winery is located close to both Georgia and Iran, in the former Soviet republic of Armenia. It was during their 2007 research expedition into a multicomponent site called Areni-1 cave – a late Chalcolithic/Early Bronze Age ritual site and settlement near the Areni village along the Arpa River – that a drinking bowl, grape seeds, desiccated vines, pottery sherds and fermentation jars were discovered and dated as 6,100 years old. As we know, the Greek god of wine was on the scene a while before all of this and evidence of wine drinking exists, but this discovery is said to be the earliest example of wine production – with the grapes in question most likely the vitis vinifera species, according to botanists.

Further work carried out by researchers suggests that the Areni-1 winery is the oldest by about a thousand years. A winery in the Judea and Samaria area in Israel is said to be the second oldest.

These days, wine is produced across the globe with Italy, France, Spain, Australia, Argentina and South Africa among the biggest players. On average, Italy ships out 5.6 billion bottles a year – operating out of its three major wine regions of Veneto, Tuscany and Piedmont. Meanwhile, France averages 4.8 billion out of its seven primary wine-producing regions including Provence, Bordeaux, Burgundy, Champagne and Loire. And Spain serves up 4.3 billion bottles from its 60 different wine regions. Some of the most loved wines around the globe include cabernet sauvignon, merlot, chardonnay and tempranillo.

The culture of collecting wine

The numbers speak for themselves: there’s a lot of wine to go around. But not all wines are created equal. Bottles are particularly sought out for the quality of the harvest and vintage in the year they were made. A bottle of 1992 Screaming Eagle Cabernet, for instance, arrives with a $500,000 price tag, while a 1947 Cheval Blanc will set you back $305,000, and a 1787 Chateau Margaux comes in at $225,000. Elsewhere, in 2018, a bottle of 1945 Romanee-Conti (French Burgundy) fetched $558,000 at Sotheby’s, before another bottle of the same vintage sold for $496,000 in the same auction. And where are they going? There are numerous prolific collectors across the globe, with the largest of them all in Moldova. The collection of 2,000,000 bottles is said to stretch 250km (155mi) underground the country. We know where we’d rather be…