The Cafesjian Center for the Arts: From Soviet Monolith to Artistic Paradise

Armenia’s art world received a significant boost in the guise of the recently opened Cafesjian Center for the Arts. A project decades in the making, this innovative gallery space is one of the most unique in the world; and as Shelton Lindsay discovers, makes for a beautiful and invigorating artistic experience. 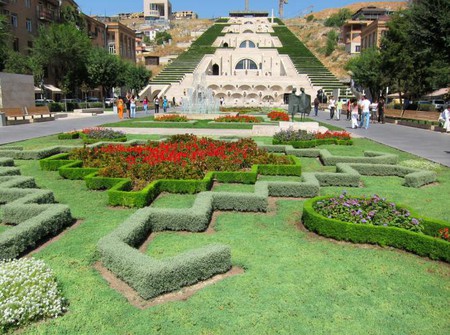 Standing within the halls of any museum, the aesthetic of the museum’s physical space has the danger of trickling into the works of art themselves and affecting them in one way or another. For museums are much more than just buildings to house works of art, knowledge or history; they are pathways into the possible and the wondrous. A sacred space for many art lovers, the architectural framework of the space held by the museum’s walls becomes both a shrine and a temple of human ingenuity. Think of the Guggenheim, Tate Modern and the Louvre. These buildings of art and culture are famous in themselves for being spaces which actively unlock the mind and become conduits for imagination. 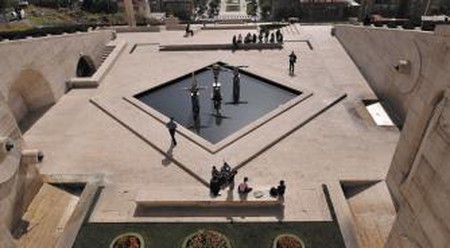 If one was to visit Yerevan, Armenia, they would discover there a Museum that deserves to be thought of along with the aforementioned iconic cultural institutions. The Cafesjian center for the Arts is a building of breathtaking beauty along with an expansive sculptural garden and promenade outside of the buildings main holdings.
Interestingly however, it was never originally designed to be an art museum. Alexander Tamanyan (1878-1936) a well respected local architect, began the process of building what he called ‘the cascade’. A rather impressive architectural feat, Tamanyan created a visual feast of a building cut into a hill, which gives panoramic views into the undulating spectacle of Yerevan’s urban heart. The initial idea behind the design and building was meant to encompass office and perhaps retail space as well as being the central feature linking the many different spheres of Yerevan together in a single space. 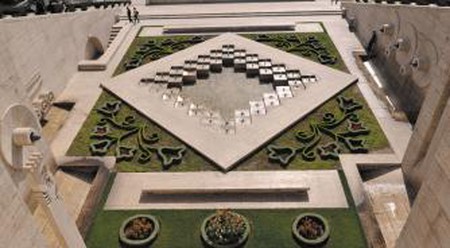 © Cafesjian Center for the Arts

Apparently little was done with these plans for several years until the Soviets realised the potential of this work and decided to create the archaic structure that stands today. The plans were then updated, and these changes were designed by Yerevan’s chief architect of the time, Jim Torosyan, who produced the idea for the expansive exterior stairwell which the museum is famous for, in addition to the gardens. Work began on the building in earnest in the 1980s, but was rather abruptly called off after an unfortunate earthquake in 1988, and after the fall of the Soviet Union in 1991 the building was left more or less to languish, a half finished dream.

In 2002 Gerard L. Cafesjian, for whom the building is now named, began a renovation campaign that would cost millions of dollars and involve a collaboration of architects from around the globe. Today it brings to mind what New York Times reporter Michael Kimmelman has rightly called ‘The Hanging Gardens of Armenia.’ The stunning space contains numerous water features, broad promenades, esoteric art deco glyphs on the building’s sides, and a labyrinth of an interior space which utilizes disused Soviet conference rooms, reusing them as gallery spaces. Over time, the Cafesjian Center for the Arts has become a testament and a monument to the often chaotic and haphazard nature of creativity. Especially when one considers that housed within these monolithic walls, lies a vast collection of glasswork. Most of its 5,000 glass pieces come from Cafesjian’s personal collection, and heavily feature work of the Czech couple Stainslav Libensky and Jaroslava Brychtova. 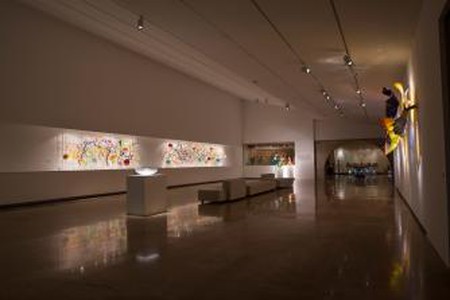 There is an obvious beauty in this monument of stone and mortar housing such delicate and fine works. Much like how we bring to many pieces of art our understanding of the artist’s life, it is often important to bring that sensibility to the space in which they exist as well. There is something bubbling away beneath the facades of this building which reveals how a once visionary city obelisk becomes a Soviet office, before ultimately being transformed into a Museum. No art is created in a vacuum, nor is any art shown in one. Art is all symbol and convention, gaze and misdirection. This building encapsulates all of these things, and before one has even entered it’s halls it calls upon you to look again, look fresh, look anew and see through the rubble of history into the possibility of the future.