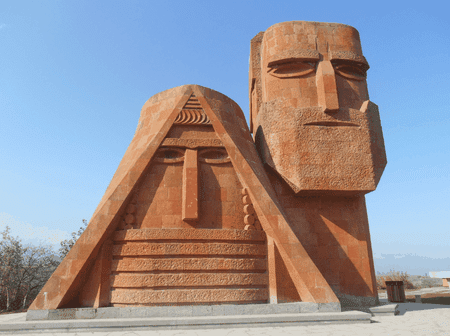 Nagorno Karabakh (also known as Artsakh) is somewhat of an enigma. It is a completely unrecognised country, yet one that fully functions and attracts the intrepid and curious traveller. The country sits on land classed by the United Nations as being in Azerbaijan, yet the majority of the population are Armenians. You’ll need a visa to enter, so kick off the top twenty attractions with your visit to the Ministry of Foreign Affairs itself. 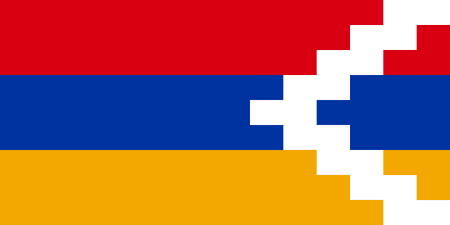 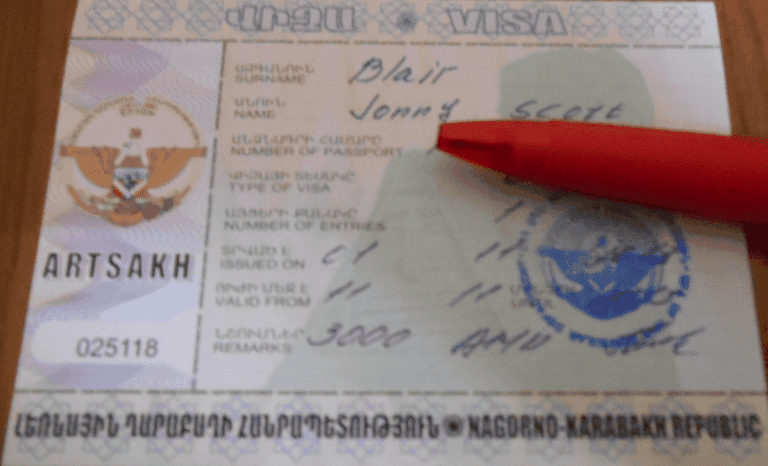 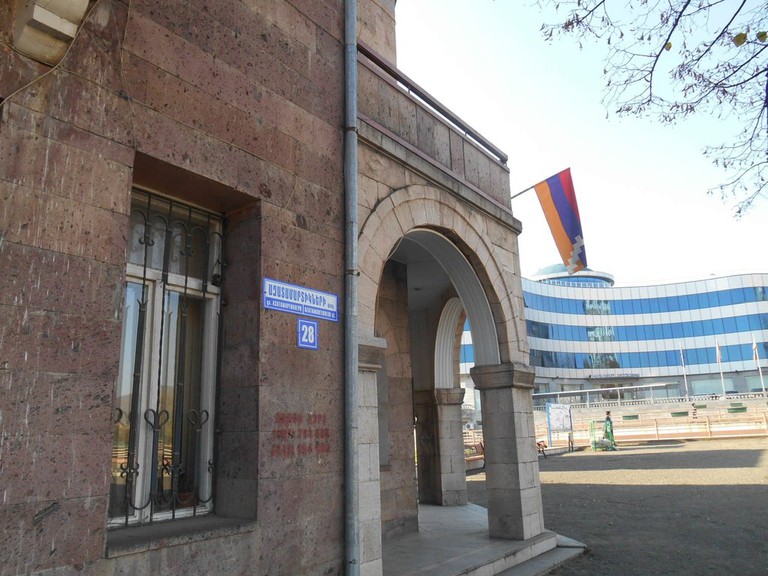 Stepanakert | © Don't Stop Living
As an added bonus, when getting your visa, there is a free mini-museum inside the Ministry of Foreign Affairs. On the walls are information on the history of the country, as well as photos overthe years since the Nagorno Karabakh Republic was formed.
Open In Google Maps
Visit Website
Give us feedback

This iconic monument is the symbol not just of the city of Stepanakert, but of Nagorno Karabakh, and is a must see. It is situated a short walk outside the city centre, up on a hill. The monument is known locally as Papik Tatik, which means “grandma and grandpa”, though some people also call it the “we are our mountains” monument. It was built in 1967. 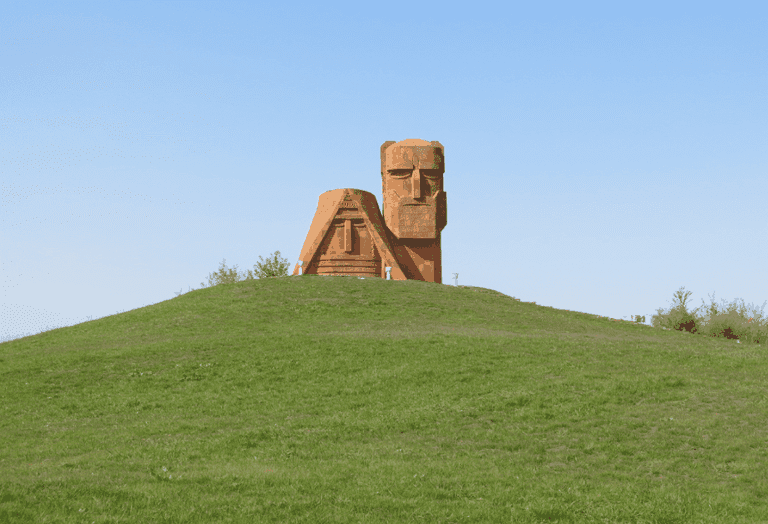 Stepanakert has an instantly recognisable Presidential Building, located in Renaissance Square. The flagpoles outside have both Armenian and Nagorno Karabakh flags flying from them. There are a series of steps up to the building, which also has a leafy garden in front of it. 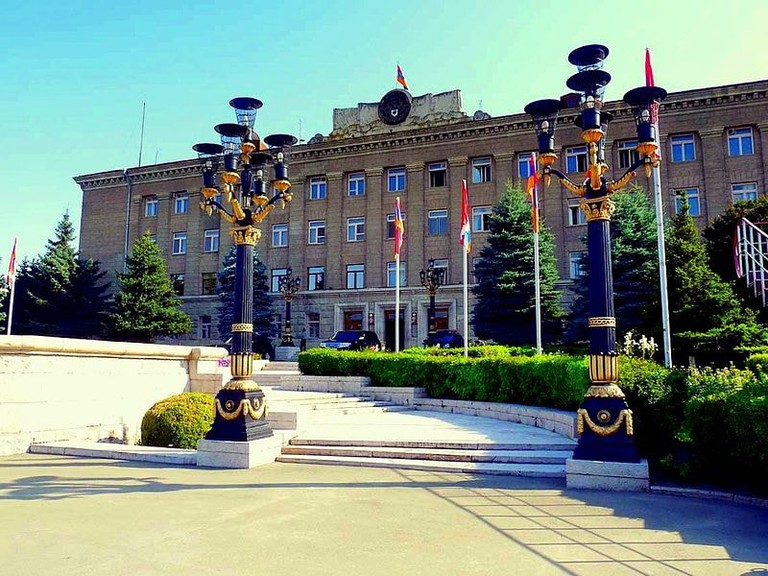 Also in Renaissance Square and just across the street from the Presidential Palace is the place where the Government of Nagorno Karabakh meet. This cool building is the National Assembly, with the distinctive Hotel Yerevan’s pointed dome behind. 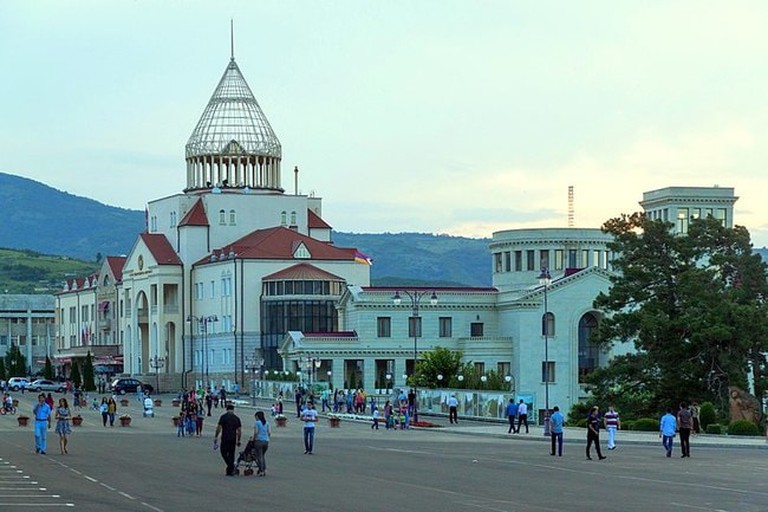 At the centre of Stepanakert sits a boulevard known as Azatamartikneri. This is a street dedicated to those who fought and died in the Karabakh War. It also happens to be the main street in the city, where you can find the best shops, offices, cafes, bars and restaurants. 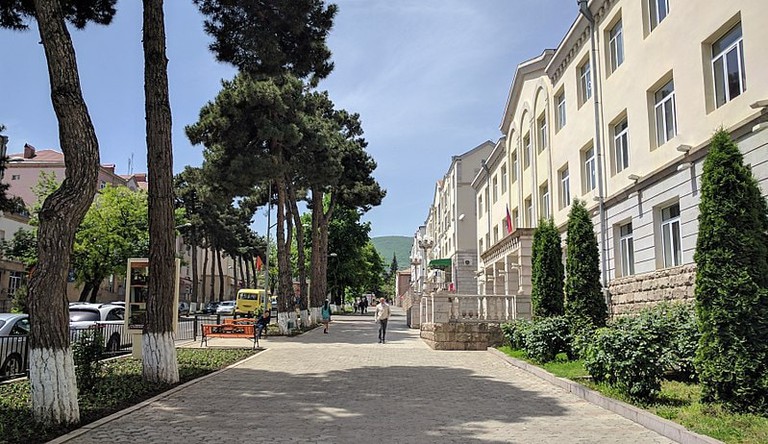 The Union of Artsakh Freedom Fighters

Another building in downtown Stepanakert that is dedicated to the freedom fighters is this impressive structure, which is home to the Freedom Fighters Union. Meetings are held within the square building, which has a number of conference rooms, the national flag and a circular upper floor that overlooks the city. 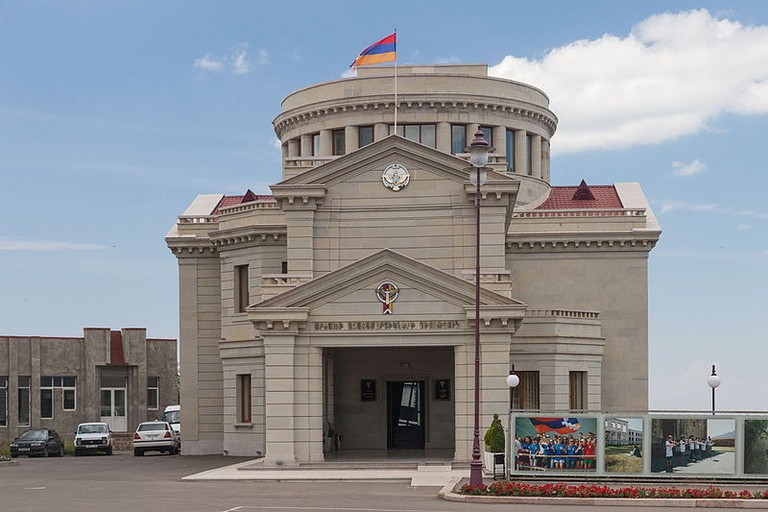 Shoppers will love the thought of a friendly local market bereft of foreigners. You can really see how the locals shop here at Stepanakert Market, just off the main Azatamartikneri Avenue. There are all sorts of goods for sale, from clothes to electrical items to food and drink. 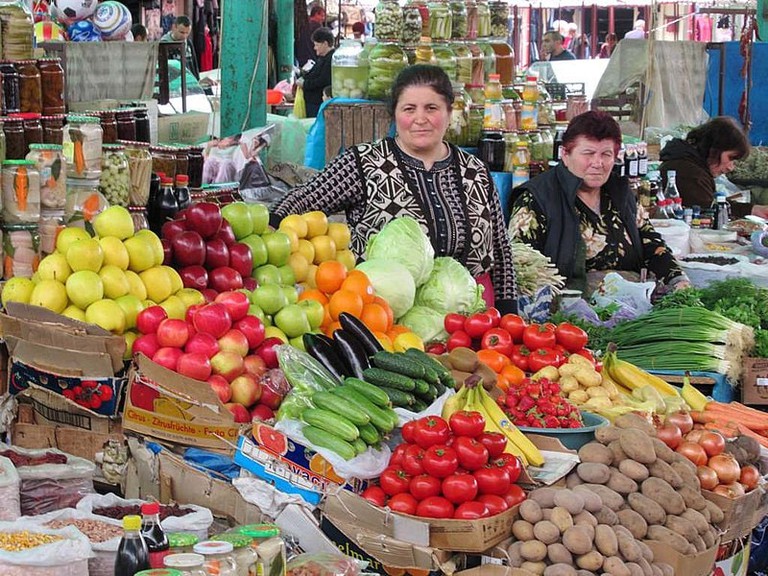 The country’s best hotel is worth checking out. With its grand entrance and splendid pointed domed roof, Hotel Yerevan is the place to stay. Alternatively, you can just pop into the bar and restaurant for a coffee, a beer or a meal. Like a lot of the attractions on this list, it is located centrally, right beside the National Assembly. 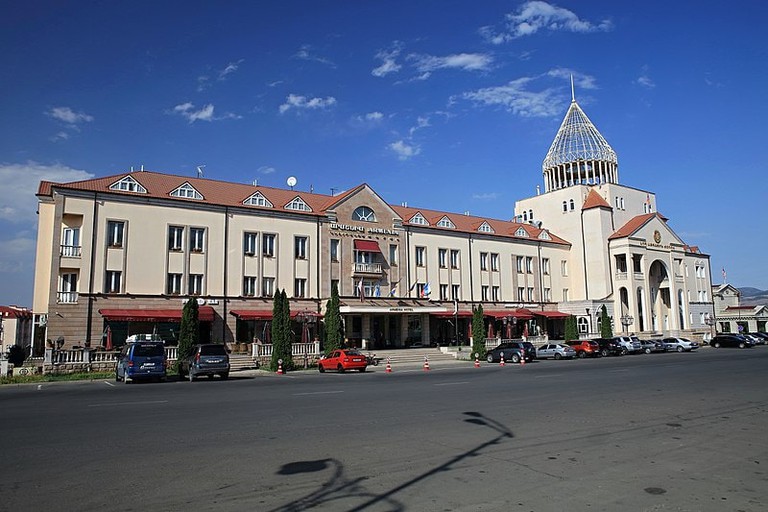 Once known as the Joseph Stalin Stadium, Stepanakert actually boasts a decent sized national football stadium. These days it has a large capacity of 12,000–when full, this would house 20% of the city’s residents! Local team Lernayin Artsakh FC play their homes matches here. The Nagorno Karabakh National Team are not recognised by FIFA but they have played a few matches here, they once beat Abkhazia 3-0 and remain unbeaten in Stepanakert! 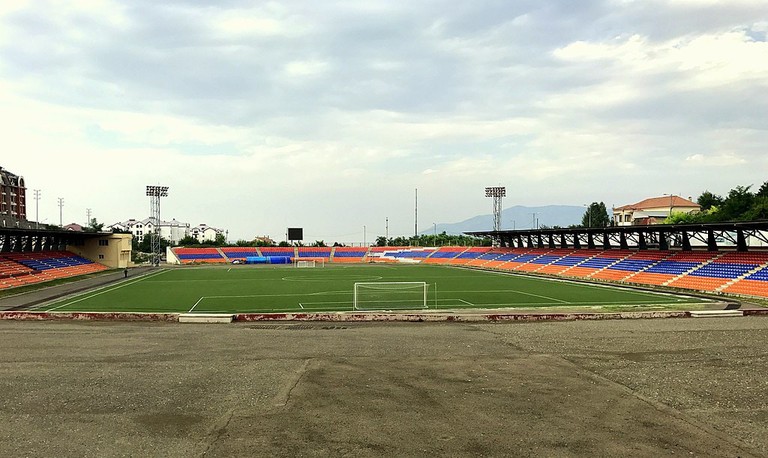 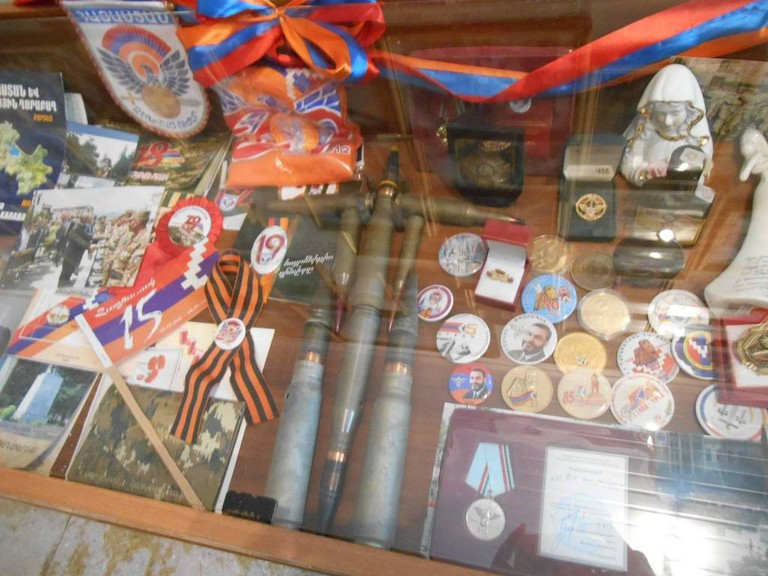 Stepanakert | © Don't Stop Living
Stepanakert has three main museums, and all three are important buildings to visit to learn the history of the country. The Museum of Fallen Soldiers is a poignant war-related museum with memorials and dedications to local soldiers who fought and died in the Karabakh War.
Open In Google Maps
+37447950738
Give us feedback 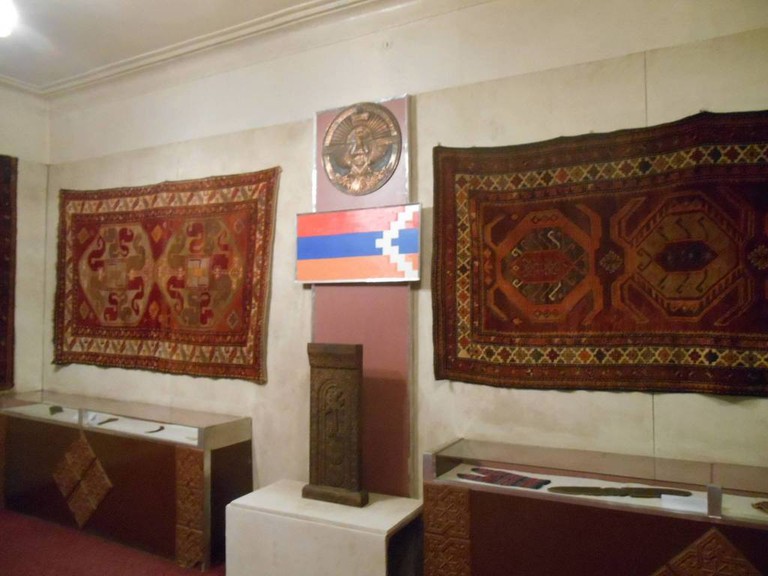 Stepanakert | © Don't Stop Living
The next museum on the list is the History Museum, which features art and crafts as well as war history. This museum has many relics and paraphernalia from the Karabakh War, and some of the information is written in English.
Open In Google Maps
+37447941042
Give us feedback

The next museum gives you a real insight into just how this war affected the region, as so many soldiers were never found. They were wither killed or they escaped and fled to a foreign country. The relatives of the missing soldiers have tried for years to find their loved ones. This museum contains the details of everyone from the area who is unaccounted for, as well as giving an insight into the bloody war that occurred between 1988 and 1994. 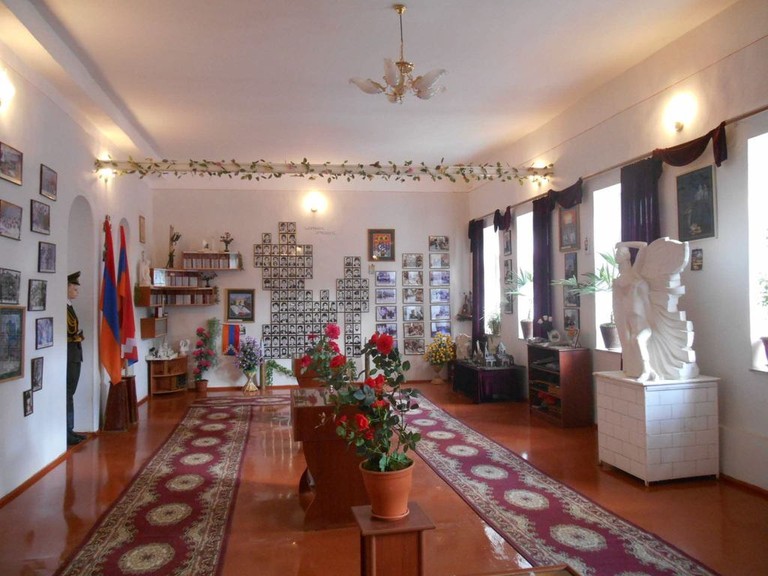 One of the prettiest and most romantic parks in downtown Stepanakert is known as “Lover’s Alley”. Don’t be surprised to see young couples kissing in public here and enjoying the freedom in summer months. It’s a symmetrical park near the Presidential Palace.

Religion also dominates proceedings in this region. Azerbaijan is an Islamic country, and Armenia Christian. In the middle sits Stepanakert, which has quite a few churches, but its mosques were destroyed in the war. One of the finest Armenian churches in the city is St. Jacob’s Church. 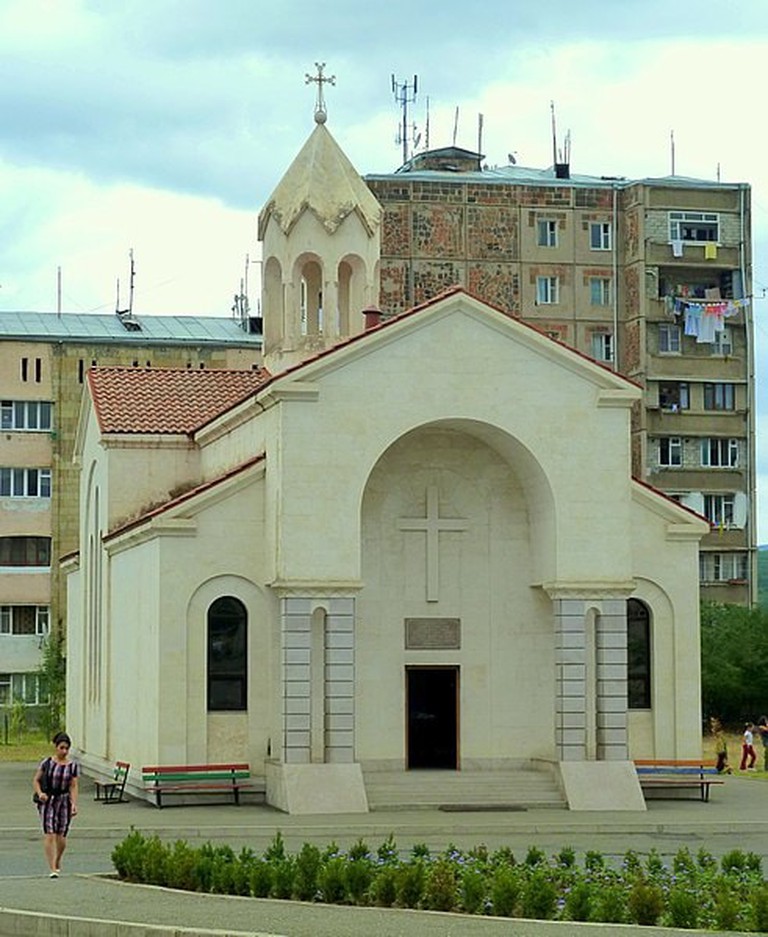 The city was once under the control of the Soviet Union, and there are a few reminders of that era. Notably, the Memorial Park is worth a visit. Here is a large obelisk and a memorial to those who fought and died during the Second World War. 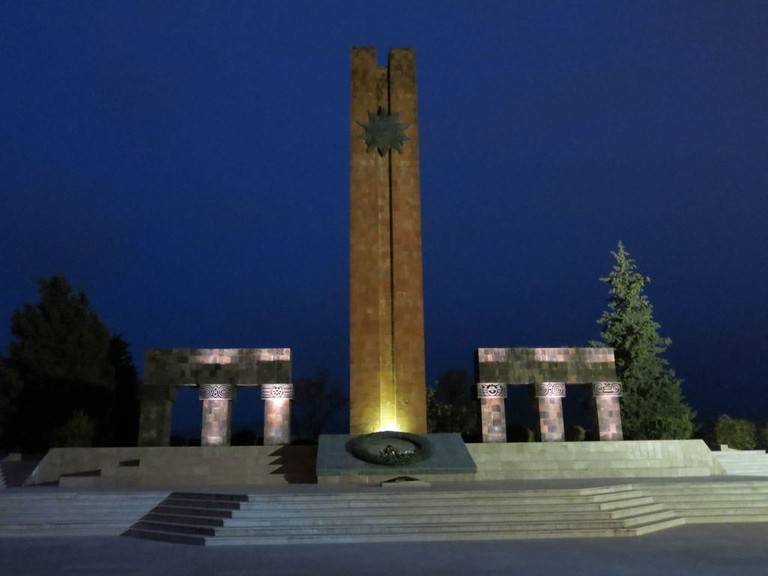 Stepanakert is definitely a city for architecture lovers. The main Artsakh University is also situated on the city’s main street, Azatamartikneri Avenue, and has 3,000 students. There is an impressive front entrance with symmetrical steps and a boulevard leading up to it. 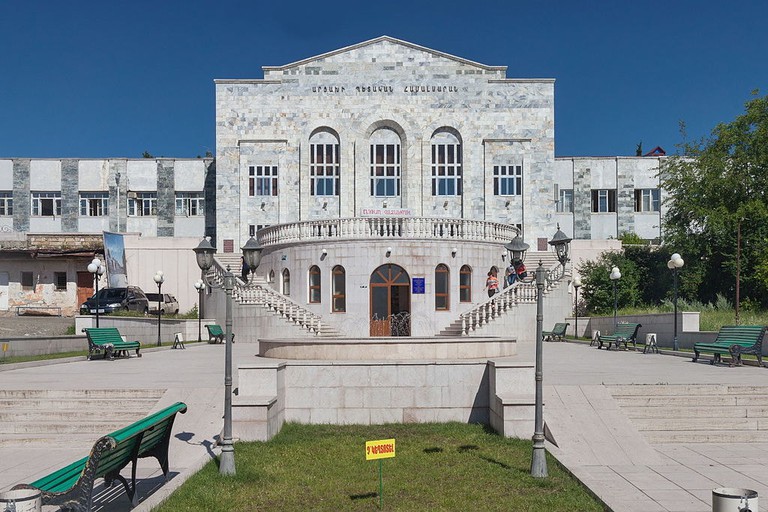 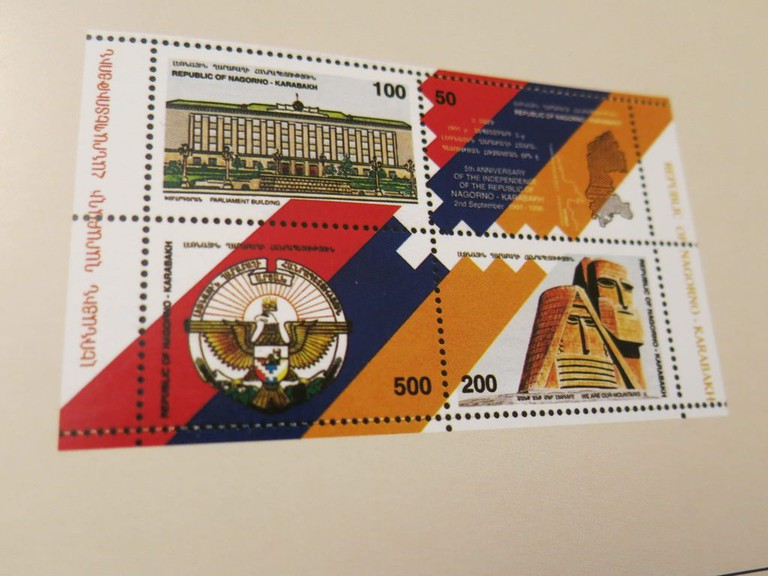 Stepanakert | © Don't Stop Living
For travellers who enjoy collecting postcards and stamps, the Artsakh Post Office is a must-visit. Here you can pick up some truly rare Nagorno Karabakh stamps, which of course can be posted from here. The Main Artsakh Post Office is on Hakob Hakobyan Street.
Open In Google Maps
+37447947722
Visit Website
Give us feedback

For those looking to pick up flags, postcards, fridge magnets and stamps, head to the small souvenir shop on the main street, Azatamartikneri Avenue, not far from the Ministry of Foreign Affairs. You can also buy the local beer here. 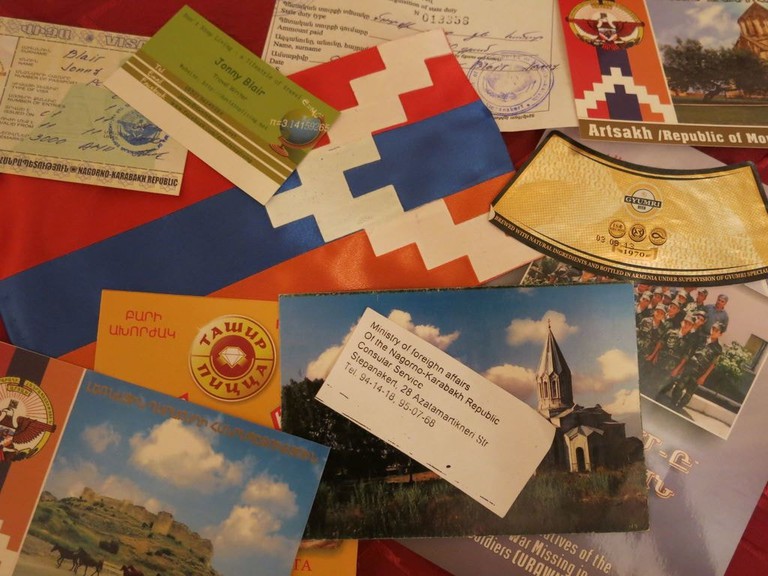 The sad fact about the quirky and stylish-looking airport here is that it isn’t really a fully functioning airport. As the country is not recognised, no major international flights are scheduled, and it is mostly used by private jets and military aircraft. As a tourist you can still visit the exterior, which has an interesting design and is located in Khojaly. 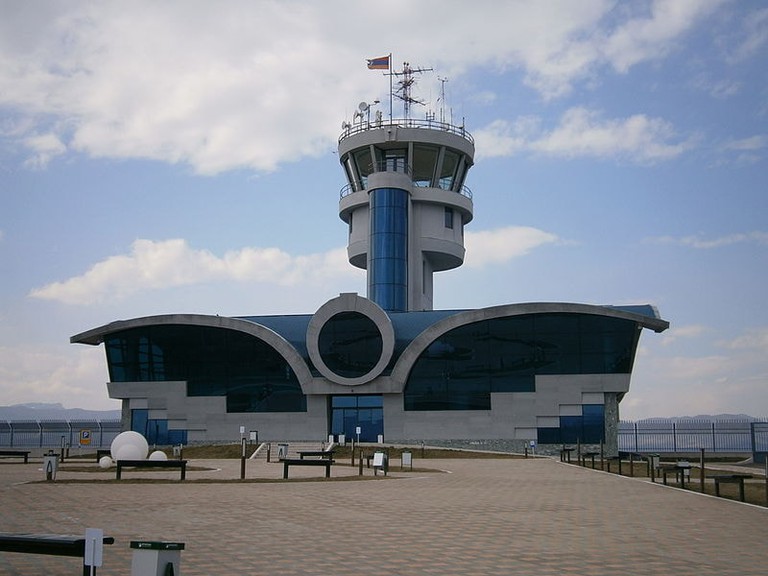