A Brief History of Armenia's Flag 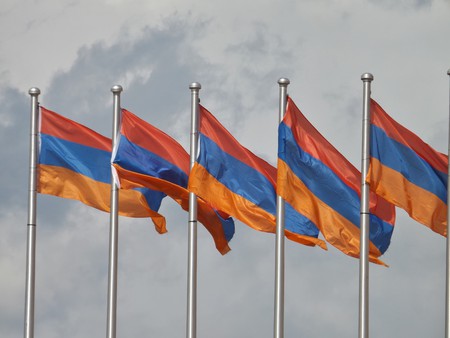 Every national flag has its story and symbolism, and Armenia is no exception. Over the centuries, the country has had different flags representing it, but today it uses a tricolor one with red, blue, and orange. Have you ever wondered what those three colors mean or how they came to be? Here is a brief history of Armenia’s national flag.

Today’s national flag of Armenia consists of three colors: red on the top, blue in the middle, and orange on the bottom. It was adopted in 1990 by the Armenian Supreme Soviet to be the national flag of the country. Throughout its existence, the country had many different flags. In the past, Armenian dynasties had their own flag with various symbolic animals presented on their flags. And in the 20th century, different Soviet flags symbolized the Armenian SSR.

The meaning of today’s flag colors is interpreted in different ways. Some say that red signifies the blood of the victims of the Armenian Genocide, blue is for the country’s pure sky, while orange represents Armenia’s courage.

However, the Constitution of the Republic of Armenia has a different description: the red symbolizes the Armenian highland, the people’s extended fight for survival, and preservation of the Christian faith, freedom, and independence. The blue signifies the wish of people to live under a peaceful sky, and orange is for creative talent and a hard-working nation. 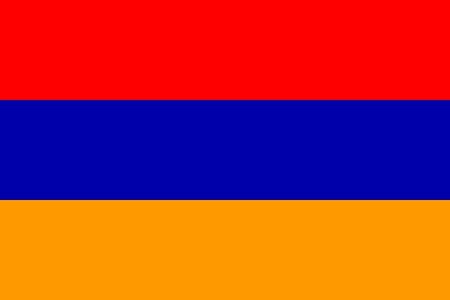 How the tricolor flag came to be

When Armenia gained its independence after the collapse of the Soviet Union and formed the First Republic of Armenia, it adopted the current flag choosing the colors used during the Lusignan period: blue, red, and yellow. The House of Lusignan was a noble house of French origin, which at different times controlled numerous states in Europe and the Levant, including the lands of Cyprus, Jerusalem, and Armenia.

An earlier prototype of the new Armenian flag was a rainbow flag, which was ultimately rejected. You can still see the prototype at the creator’s house museum – Martiros Saryan House Museum in Yerevan. The government chose to replace yellow with orange because it blended better with other colors and created a more pleasing composition. 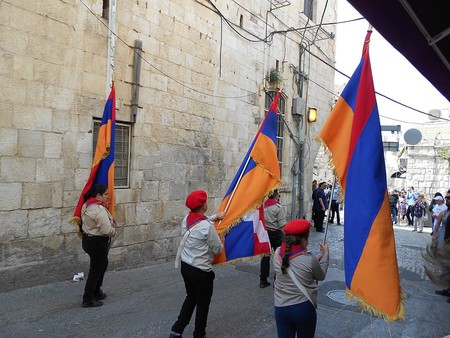 The flag can be seen everywhere today, on governmental buildings, embassies, and even from the balconies and windows of the residential houses.