6 Books You Should Read Before Travelling to Armenia 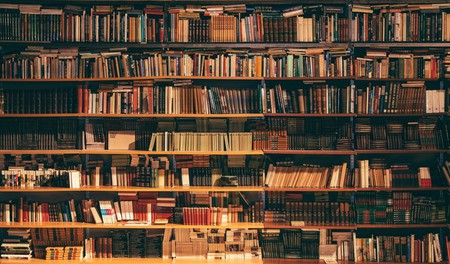 Reading a book about a particular country is one of the great ways to understand culture, history and tradition, especially if the country is quite different from your own. Whenever you decide to travel to Armenia, pick up any of these books before you depart to understand what the country and its people have been through.

If you are looking to learn more about Armenia through a love story, this is the right book for you. The story develops in 1915, when Elizabeth Endicott, a nurse, travels to Aleppo, Syria to deliver medical care and food to refugees of the Armenian Genocide with the help of the Boston-based Friends of Armenia organization.

Elizabeth befriends an Armenian engineer, Armen, who lost his wife and infant daughter. When he leaves Aleppo to join the British army in Egypt, he starts to write letters to Elizabeth and slowly realizes that he has fallen in love with this American women, who is very different from his deceased wife regarding culture and values.

The novel continues to the present day, where Laura Petrosian, a writer living in New York, has never given her Armenian heritage much thought. However, when she gets a call from an old friend who claims to have seen a photo of Laura’s grandmother in a newspaper, Laura begins to look into her heritage and discovers loss, love and a wrenching secret that has been buried for decades. 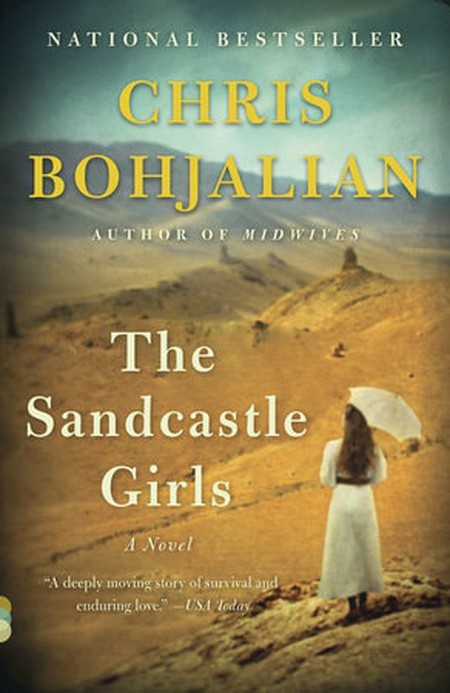 The Forty Days of Musa Dagh

The Forty Days of Musa Dagh is a moving novel based on historical events of the Armenian Genocide. In the time when Europe was in the Great War, and the Turks started to regularly kill Christians in the mountainous lands southwest of the Caspian Sea, an Armenian-born man named Gabriel Bagradian is called to make a difference. Gabriel studied in Paris, married a French woman, then leads 5,000 Armenian people to the top of the Musa Dagh. 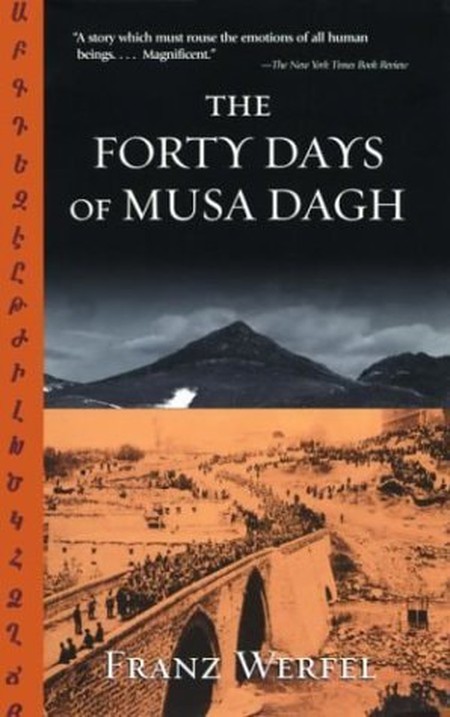 The Bastard of Istanbul

Written by Turkey’s outspoken and acclaimed writer, Elif Shafak, The Bastard of Istanbul is a novel about the complicated history of two families.

In this book, the author confront’s her country’s violent past in a colorful and vivid story set both in Turkey and the United States. The ‘bastard’ is nineteen-year-old Asya, who admires French Existentialists and loves Johnny Cash. She lives with her mother and three aunts (Kazanci family) under one roof in Istanbul. Her mother, Zehila, youngest of her sisters, runs a tattoo parlor.

The sisters have one brother, who is estranged and living in Arizona. Armanoush, his daughter, secretly travels to Istanbul in search of her identity. She locates the Kazanci sisters and quickly befriends Asya. The secret that ties these two families together is linked to the massacres and deportations in 1915. 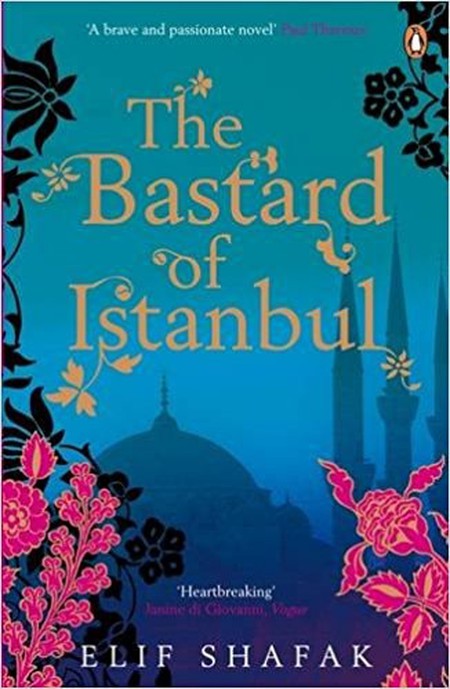 Black Dog of Fate: An American Son Uncovers His Armenian Past

Peter Balakian, the first-born son of his generation, grew up in the suburbs of New Jersy in the 1950s-60s. He is not aware of the tragedy that happened to his family and relatives during the century’s first genocide by the Turkish government.

The Black Dog of Fate outlines Balakian’s maturity and personal awakening to those facts, as well as how the Turkish government continually tried to cover up its horrifying actions. The book shows how a family’s past affects the present day and gives new definition to the story of what it means to be an American. 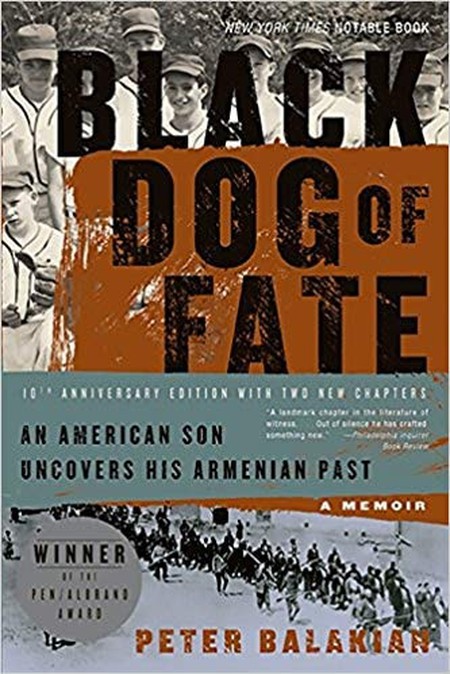 Family of Shadows: A Century of Murder, Memory, and the Armenian American Dream

Garin K. Hovannisian’s Family of Shadows tells the history of Armenia through three generations of a single family. With a similar theme to the books mentioned above, Hovannisian tells the story of the Armenian Genocide. A teenage boy, Kaspar Hovannisian escapes his motherland to pursue his American dream. In California, he has a small farm and invests in real estate. However, he still strongly remembers Armenia.

His son, Richard, leaves the farm to pioneer the field of Armenian Studies in the USA and becomes a worldwide authority on the history of genocide. Raffi, Richard’s son is both inspired and haunted by the past. In 1989, he leaves his law firm to travel back to Soviet Armenia, where he plays a historic role in creating the new republic. 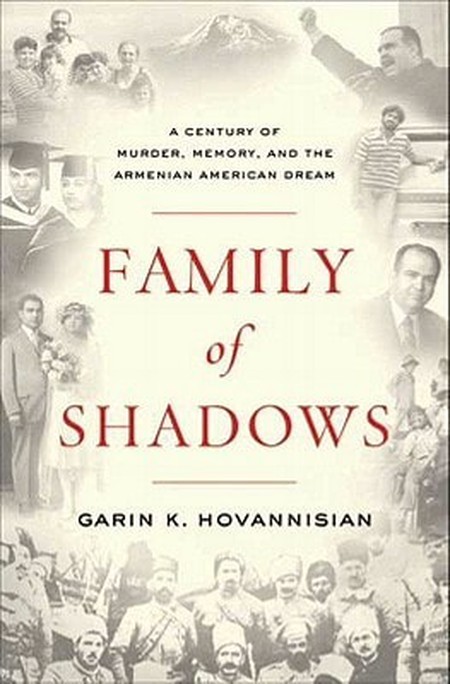 When Katerina’s grandmother, Mariam, dies, she leaves a scented, wooden spice box to her granddaughter. There’s a diary and several letters in the box, all written in Armenian. When she starts to put the pieces of the puzzle together and learn more about her family’s past, Katerina realizes that her grandmother’s childhood was engulfed in the events of 1915.

Mariam was banished from her home in Turkey and torn from her beloved brother, Gabriel. Her life was further destroyed by the death of her first love. Learning all this, Katerina embarks on a journey to complete Mariam’s story and finds herself traveling across Cyprus, all the way to New York. It seems that miracles can happen, even when a person is trapped by the past. 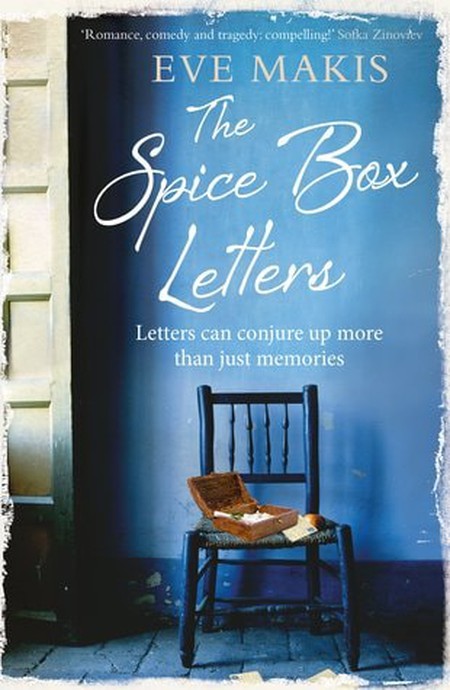 © Thomas Dunne Books
Give us feedback