Why Albania Is the Next Music Destination, According to DJs Ben Böhmer and Moon Boots 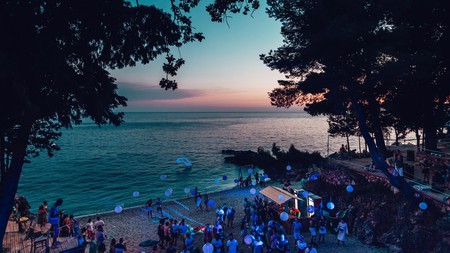 The arrival of its first international music festival – Kala – in 2018 marked the beginning of a new chapter for Albania. DJs Ben Böhmer and Moon Boots give the inside track on why Albania is the hottest new destination for music lovers. 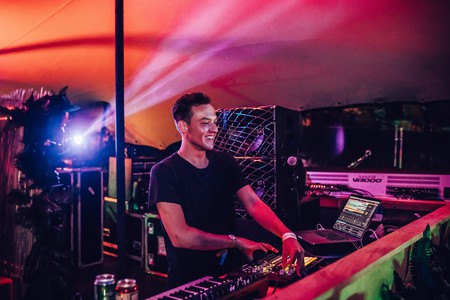 In 2019, Albania hosted three international electronic music festivals: Unum, Kala and Explorations, run by record label Anjunadeep. The state’s tight control over music during the Communist era only serves to underscore Albania’s extraordinary transition from relative musical outlier to festival hotspot. Each of these events has the Adriatic Coast as a backdrop – Unum at Shëngjin, Kala and Explorations at Dhërmi. 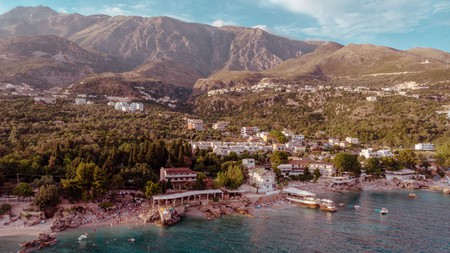 “From my point of view, for Germans, Albania is not high on the list of places to travel to. It’s not on our radar,” says German DJ and producer Ben Böhmer. Though he says he came to Albania with no preconceived ideas, Böhmer was “surprised about the mix of mountains and beautiful beaches”, referring to the idyllic location of Dhërmi, which lies on a slope of the Ceraunian Mountains with views of Greece to the south.

He wasn’t the only individual captivated by the scenery; American DJ and producer Pete Dougherty, better known as Moon Boots, was also awestruck by the surroundings. “It was my first time going, and I didn’t realise [Albania] had this long coastline. I knew someone from college who was from Tirana, but that’s inland,” he says. 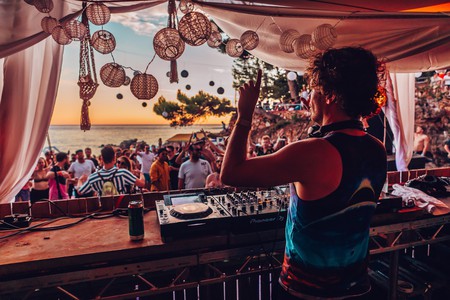 In 2019, Moon Boots played the coastal village of Dhërmi at Explorations | © Luke Dyson

Besides offering a scenic backdrop, Böhmer and Dougherty believe that what gives Albania’s festivals the edge is their intimate atmosphere. “There’s usually only one act I want to see at a given time. A lot of festivals do very broad programming, and that’s cool, but I liked the way Explorations had the feel of a festival, but at a much more manageable size,” Dougherty explains.

To Dougherty’s point, size does play a major factor in the festival space. While Coachella and Creamfields draw crowds of anything from 50,000 to over 100,000, festivals like Explorations prove to be rather more intimate affairs. With a gathering of no more than 5,000 festivalgoers, Explorations fosters a more personal experience in which the divide between fans and performers is all but eradicated. It’s an environment where inclusivity is promoted and attendees have the opportunity to have face-to-face time with their favourite artists. 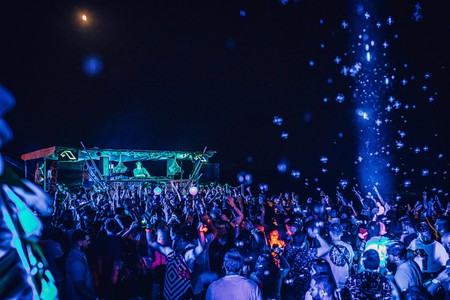 “I’m actually a big fan of smaller festivals. For example, we have a big festival in Germany called Fusion Festival. It’s very impressive, but they have 80,000 people. I’m not sure, but they have something like 30 or 40 stages. You get absolutely lost,” Böhmer expounds. “You can’t concentrate on one thing because everything is so amazing and intense. I have a feeling I could enjoy this way more if there were only a few stages, like in Albania.” In contrast, at Explorations there was a total of four stages that were all within minutes of each other: The Cove, a pebbled beach area in a literal cove, and Empire, Splendor and Yacht Club. At the beginning of each day, Explorations would share via Instagram the artist line-up for the pristine Gjipe Beach, which was only accessible by boat. 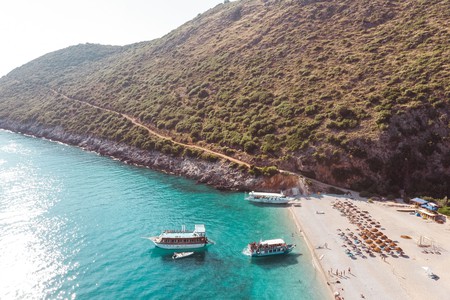 It’s no mystery that DJs often have a gruelling touring schedule; for example, within a seven-week period, Böhmer spent only about three days at home. In spite of its challenges, the job can afford the privilege of travelling the world. “I have to remind myself not to take anything for granted. [Travel] gives you inspiration and confidence. It opens your world up. It gives you a broader perspective, richer experiences. I never thought I’d play a disco set in Albania. That was definitely a highlight for me – playing a disco set at The Cove,” Dougherty reflects.

A visit to an Albanian music festival can be combined with discovering art and culture in the capital, Tirana; exploring the historic towns of Gjirokastër and Berat; and sampling exquisite Albanian cuisine – both Böhmer and Dougherty rave about the seafood. 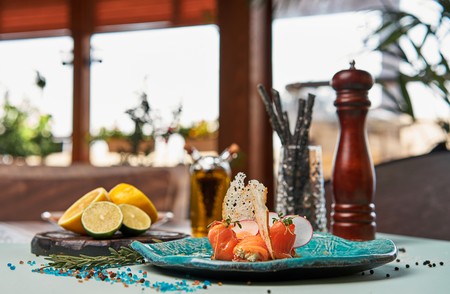 Dougherty foresees big things for Albania, predicting that more and more festival organisers will have it in their sights. “They’re bringing the infrastructure, and that’s a big part of it. It takes an impressive team to put on a festival like that – the sound and production.”