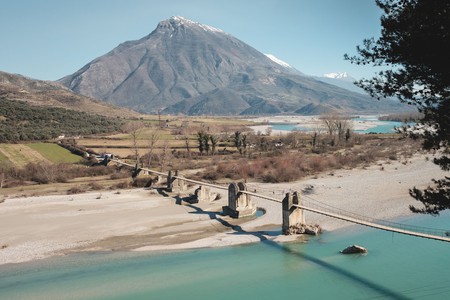 With its wild nature and breathtaking landscapes, it’s not hard to see why Albania is becoming one of the most popular destinations in the Balkan Peninsula. But this natural beauty is at risk: the Vjosa River, the last free-flowing river in Europe, located in the south of Albania, is under threat. 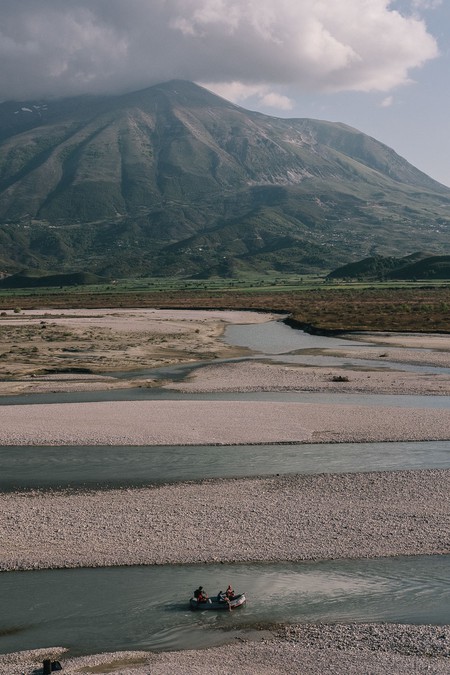 According to an old Albanian legend, the Vjosa area was terrorised a long time ago by a many-headed dragon named Kuçedra, This monster, which blocked water sources, causing flooding, drought, storms and famine, could only be pacified by human sacrifice. The legend says that when Kuçedra was finally killed, its tears formed some of the most beautiful natural pools in Albania. Several decades later, this natural area in southern Albania may be suffering drought, flooding and other issues again, but this time the problems are caused not by a mythical dragon, but by humans themselves. 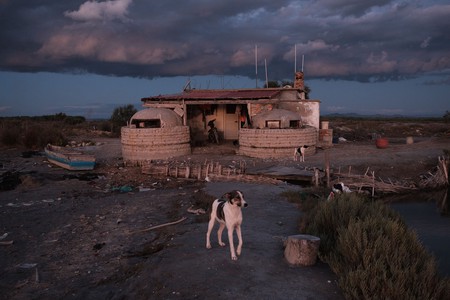 The Vjosa River has been caught up in the hydropower boom that is sweeping across the Balkan Peninsula, where many river systems are still largely wild. Photographer Nick St.Oegger, who visited Albania for the first time in 2013, explains why. “As many countries in the region are hoping to one day join the European Union, energy production has become a key concern. The EU is encouraging these countries to move away from coal power, and international banks have been keen to provide loans for hydropower development.”

After his visit, he fell in love with the country and its stunning landscapes, leading him to begin his project “Kuçedra”, focussed on the Vjosa. “I decided on that name after hearing about the legend from an anthropologist who I worked with. Kuçedra is a dragon that awakens and blocks water supplies, causing drought and famine while it looks for human sacrifices. This seemed like an appropriate metaphor for dams and the impact they have on local communities.” 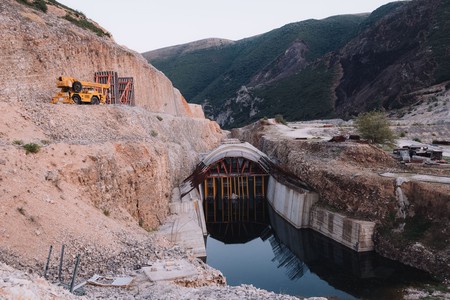 The Blue Heart of Europe

The river is part of the so-called “Blue Heart of Europe”, a group of Balkan rivers considered by scientists and ecologists to be unique parts of our natural heritage. What makes the Vjosa so remarkable is the fact that it is the only big free-flowing river in Europe: it begins in Greece and its crystal-clear waters beat a 270-kilometre (168-mile) path through Albania, before emptying into the Adriatic Sea.

“From a scientific point of view the Vjosa is exceptional, since nowhere else in the Balkans is it possible to study such a dynamic natural river system. The Vjosa is a huge natural laboratory with exceptional values and enormous biodiversity. Also, the tributaries of the river are still untouched, creating a network of natural rivers unlike anywhere else in Europe,” says Olsi Nika, hydrobiologist and executive director of EcoAlbania. A non-governmental environmental organisation, EcoAlbania was created in 2014 as a joint initiative of professors in the Department of Biology at Tirana University and the “Save Blue Heart of Europe” team in Albania. 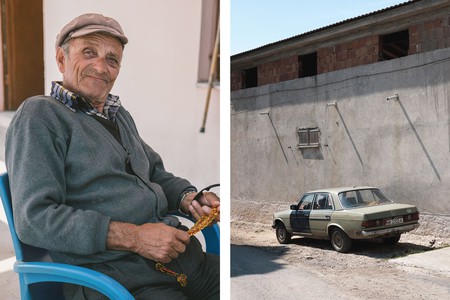 The effects of hydropower

The scale of the dams’ operation is massive: the Albanian government plans to build 36 hydropower projects on the Vjosa and its tributaries as part of a huge Balkans hydropower project funded by international banks. Unfortunately, the construction will negatively impact people’s livelihoods. The homes in which families have lived for generations will be flooded forever and the dam walls will block fish migrations along the river, leading to a loss of fish, a key food source for the inhabitants. The environmentalists and locals are fighting against the government to try and prevent the dam being built, and the coming months will be crucial for the Vjosa.

“Research shows that globally, dams have directly contributed to the decline of freshwater wildlife by 81% since 1970,” said Sam Bruce, co-founder of Much Better Adventures, a sustainable tour company that runs trips to Albania. “The dams will block the natural movement of sediment along the riverbed, a process which is critical for maintaining the fertile floodplains and coastal wetlands which are crucial for farming. Dams have proven to be very dirty, and the environmental impact they will have on and around the Vjosa River is vast and irreversible.” 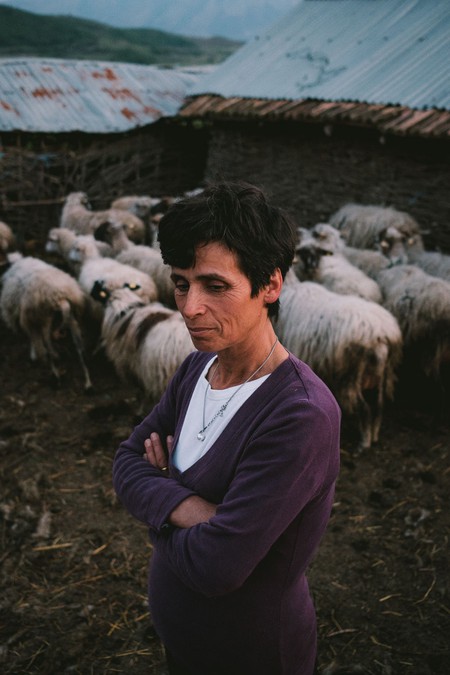 The activists and scientists are appealing to the government to preserve this natural gem by creating the first wild river national park, which would protect the area and prohibit the building of dams for hydropower.

“If we could establish Europe’s first wild river national park, people from all over the world would come to see it, bringing incomes not only to Albania, but especially to the local communities,” said Ulrich Eichelmann, who is an ecologist, conservationist and CEO at RiverWatch, an organisation that aims to protect Europe’s rivers. 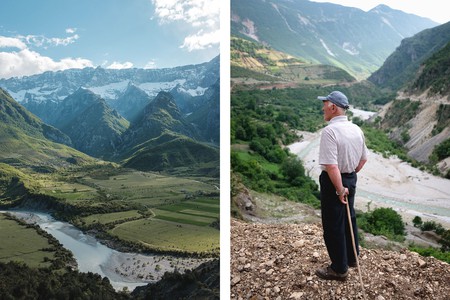 As an alternative to dam construction, activists suggest other renewable energies, such as solar or wind power, that provide effective long-term options for sustainable economic development for local communities.

Another important benefit of these alternative sources of energy is that they would not have repercussions for tourism. The potential for adventure tourism is great in the Vjosa region, and operators like Much Better Adventures are working with local tour companies and encouraging people from all over the world to discover this natural wonder. Several local companies are offering kayak and rafting tours down the Vjosa, as well as trekking, hiking and multi-day trips around the entire area. With the introduction of dams, tourism in the Vjosa River and the surrounding region could be ended before it begins.

Albania is a land of breathtaking scenery waiting to be explored – if it is not destroyed first. As Eichelmann says, “There are 23,000 registered hydro dams in the EU. One more doesn’t make a difference, but killing the last big wild river in Europe does for sure.” 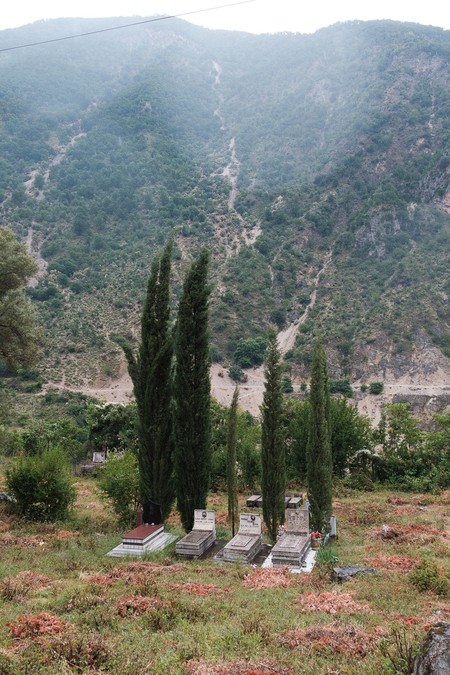