The Most Famous Albanians in the World 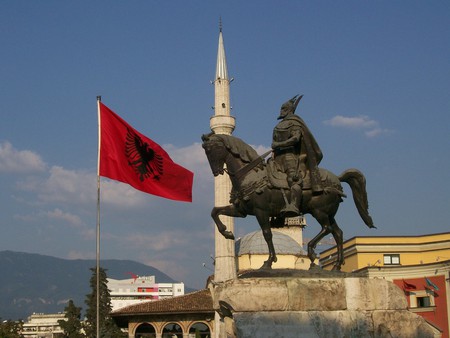 The most famous Albanian in the world is Mother Teresa. Anjezë Gonxhe Bojaxhiu (Mother Teresa’s real name) was born in Skopje, the capital city of Macedonia, to an Albanian family from Kosovo. She founded the Missionaries of Charity, a Roman Catholic religious congregation, and spent most of her life in the Indian town of Calcutta, where she helped people with aids, as well as children. In 2016 in Saint Peter’s Square, Vatican City, Pope Francis canonized Mother Teresa on September 4. 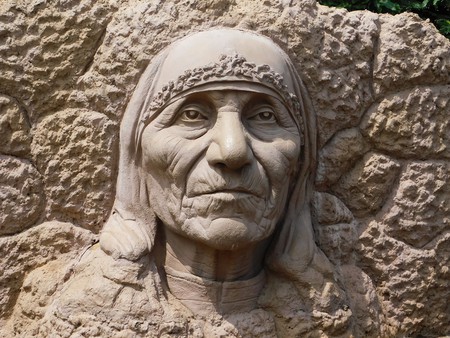 Ismail Kadare is the most famous writer, novelist and poet of contemporary Albania. He wrote several masterpieces, including Chronicles in Stone, which was a novel set in his birthplace of Gijrokastër, one of the most beautiful towns in Albania and the Balkans. Kadare won many prizes for his works, including the Prince of Asturias Award (2009) and the Jerusalem Prize (2015).

George Kastriot Skanderbeg was an Albanian nobleman and military commander who served the Ottoman Empire, the Republic of Venice and the Kingdom of Naples. He is considered a national hero because in the fifteenth century, he defended Albania and the West from the Ottoman Empire. He fought against the Ottoman Empire for almost 30 years. Most of his adventures are on display at the Skanderbeg Museum, a beautiful museum situated inside the castle of Kruja.

Everyone knows that Albania was under the control of the communist regime and dictator Enver Hoxha for more than 40 years. The Albanian dictator was the most powerful and famous politician in the country, and he was known worldwide. Born in the museum-city of Gijrokastër, Hoxha was the head of the Albanian State from 1944 to his death in 1985. He focused on rebuilding the country, but also enforced a series of political repressions, including establishing forced labour camps and executing anti-communists.

He might not be as famous as other Albanians on the list, but Ferid Murad is an incredibly important Albanian. Born in the United States to an Albanian immigrant father and an American mother, Murad became a pharmacologist and a physician and won a Nobel Prize in 1998. If you are asking yourself why he is so important, you should know that with the help of Robert Furchgott and Louis Ignarro, Murad advanced the field of medicine by discovering that drugs containing nitroglycerin work by releasing nitric oxide, which elevates intracellular cyclic GMP in the body causing smooth muscle tissue to relax. 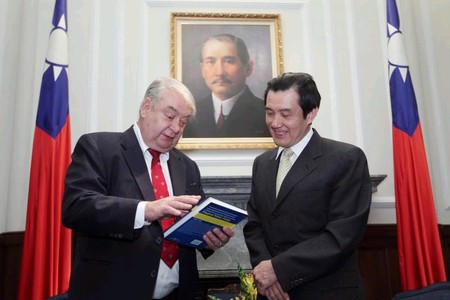 If you love opera and classical music, you probably know who Inva Mula is. Mula is undoubtedly the most famous lyric soprano from Albania and one of the most important singers of her talent in Europe. She has performed in several operas, but is most widely known for providing her sublime voice for the Diva Plavalaguna in The Fifth Element.

Eliza Dushku is an American actress and model known for her television role in the famous TV-series Buffy the Vampire Slayer and its spin-off series Angel. She starred in other shows, such as Tru Calling and Dollhouse as well. Eliza is the daughter of a teacher from the city of Korça, southern Albania, and has visited the birthplace of her father several times. 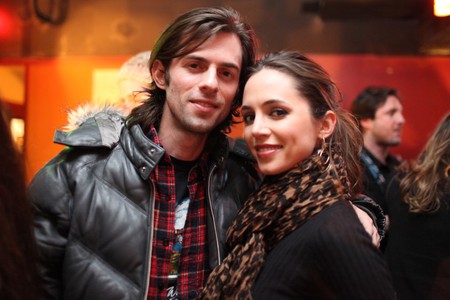 The most famous duo of brothers/actors of Hollywood, John and Jim Belushi, have Albanian origins. The Belushi brothers were born in Chicago to two Albanian immigrants. While John unfortunately died when he was only 33 years old, he was known worldwide for his roll the hit films The Blues Brothers and Animal House. Jim, the younger brother, is well-known through his rolls in numerous films, but it most famous for his role in the TV-sitcom According to Jim.