The Most Beautiful Archaeological Sites of Albania

The Most Beautiful Archaeological Sites of Albania

Apollo's temple, Apollonia | © Monika/Flickr
Despite its small size, Albania offers visitors beautiful and interesting archaeological sites. The most famous of them is the Archaeological Park of Butrint, located in the south of the country, but Albania is home to other relevant archaeological sites that deserve to be discovered.

Not far from the coastal town of Saranda, considered as the unofficial capital of the Albanian Riviera, there is Butrint, one of the largest archaeological parks of the Balkan Peninsula. Inhabited since prehistoric times, Butrint has been a Greek colony, a Roman city and a bishopric too. After a period of prosperity, under the Byzantine administration, and a brief occupation by the Venetians, Butrint was then abandoned in the late Middle Ages and marshes formed in the area. It is one of the most beautiful places to visit in Albania, thanks to its combination of archaeology, nature and Mediterranean panoramas.

The coastal and port town of Durres, the second largest city of the country, is one of the oldest centers of Albania and Europe. The city itself is not one of the most beautiful you’ll see in your Albanian itinerary, but behind the port and the ugly buildings of the coast, is hidden the largest amphitheater of the Balkans, a must-see destination for every history lover. The town hosts also an archaeological museum, Venetian tower, medieval bath and Byzantine market, all not-to-be-missed spots.

Archaeological site, Natural Feature
Orikum Beach | ©PhotoBlog/Pexels
Between the city of Vlora and the Llogara Pass, the mountain pass that leads into the Albanian Riviera, is located Orikum, one of the oldest settlments of the country and the first town taken by Julius Caesar during the invasion of Epirus. The most beautiful part of the site is the small theatre which could seat about 400 people. It is situated near the confines of the Naval Base of Pasha Liman, so to visit, it is necessary to have special permission. A plus here is the presence of gorgeous beaches, so you can easily combine cultural tours with relaxing moments!
More Info
Open In Google Maps
Orikum, Vlora, Albania

One of the most important archaeological cities in Albania during the Roman-era, turned by Julius Caesar into a colony, was Byllis, a magical place that offers gorgeous views over the Mallakastra hills and the Vjosa river. A plus here is the total lack of tourists, so if you want to discover a non-touristic place you need to come to this park. The site hosts city walls, two agorae, a large stadium, theatre and a few houses.

Apollonia is a gorgeous archaeological site that everyone should include in their travel itinerary. It is situated near the city of Fier, an industrial town located in the middle of Albania close to Vlora, which is one of the country’s most famous summer destinations. In the ancient times, Apollonia was one of the most important economic and trade centers of Albania and the world, where future Roman emperor Octavian Augustus also studied. The site hosts also an Orthodox monastery and an archaeological museum that’s totally worth a visit. 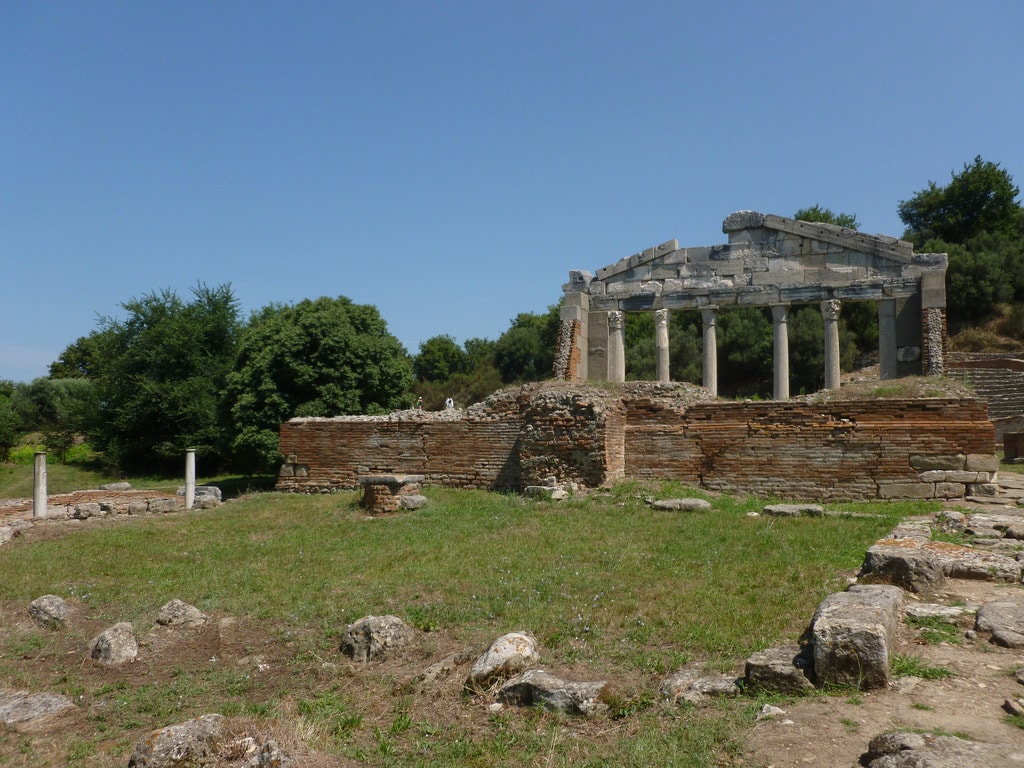 The archaeological park of Phoenice is a beautiful site located in the south of Albania, near the town of Saranda. In the ancient times, it was one of the most important trade centers of the historic region of Epirus and in the Byzantine-era, when Phoenice became a bishopric, was one of the wealthiest towns of the area. In the 6th-century it was abandoned, while today it’s a beautiful archaeological park.

Up for some Drama!? #ChasingTraces