The 7 Best-Kept Secrets from Tirana 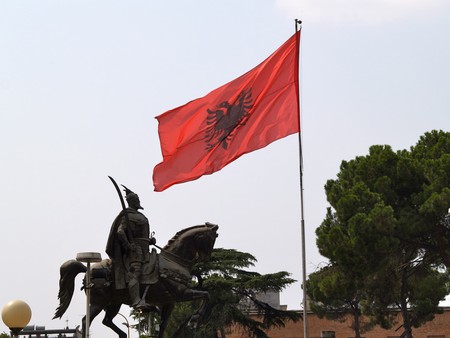 Tirana, the capital city of Albania, is a vibrant and lively city with many things to offer visitors. Besides the famous landmarks of the town like Skanderbeg Square, the Blloku District and the Pyramid, Tirana has several secret places. Most of them haven’t even been mentioned in guidebooks. Read our list of the seven best-kept secrets in the Albanian capital.

The Mosaic of Tirana

Mozaiku i Tiranës, or Mosaic of Tirana, is a secret gem hidden in the western area of the Albanian capital city. It is located just a few minutes from the city center and only a few tourists know about (and visit) it. The mosaic, which has been declared a cultural monument since 1973, is believed to have been part of a third century Roman villa. Then, around the villa, in the fifth and sixth century, a Paleo-Christian basilica was built. Its ruins were discovered in 1972.
Mozaiku i Tiranës, Rruga Sandër Prosi, Tirana, Albania

In the heart of Blloku (or Bllock) you’ll find a huge house that belonged to the dictator Enver Hoxha. Blloku, during the Communist regime, was a restricted area that only the members of the Communist Party were able to be in. Today, it is the liveliest neighborhood of Tirana, with plenty of restaurants, bars and boutiques. Enver Hoxha’s house is often open for temporary exhibitions.
Enver Hoxha’s House, Rruga Ismail Qemali, Tirana, Albania 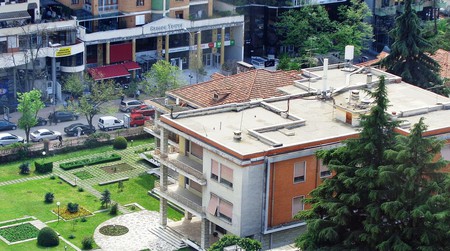 Tirana doesn’t lack in museums: the capital city is home to many interesting museums, such as BunkArt 1 and 2, House of Leaves, the National Historical Museum and the National Art Gallery. However, for those who are interested in contemporary art galleries, Galeria FAB is a not-to-miss place in town. It is located near the Art University, in Blloku district, and hosts temporary exhibits with works realized by local artists.
Galeria FAB, Rruga Ibrahim Rugova, Tirana, Albania

Statues of Lenin and Stalin

Some visitors decide to include the visit of the beautiful National Art Gallery, with its interesting paintings of the communist-era, in their Tirana tour. What most of them don’t know is that behind the gallery, in the backyard, are hidden two giant statues of Lenin and Stalin, once situated in the main squares of the capital. This is one of the best-kept secrets of Tirana, no doubt.
National Art Gallery, Shëtitorja Murat Toptani, Tirana, Albania

Ok, let’s be honest, today Oda is pretty well known, at least by locals, but this cozy restaurant is still one of the best-kept secrets of Tirana. The menu offers a selection of traditional Albanian dishes, such as local cheeses, byrek, yogurt sauce, pilaf rice, and a wide variety of veggie plates. If you want to taste typical Albanian gastronomy, Oda is the right place.
Restaurant Oda, Rruga Luigj Gurakuqi, Tirana, Albania 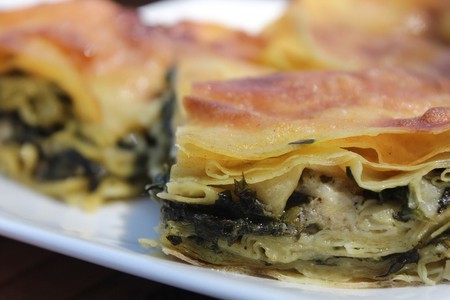 Byrek is a tasty pie made with filo pastry | © Alanyadk / Pixabay

Rruga e Durrësit, or Durrës’ street, is one of the main streets of Tirana that leads from Durrës’ highway to Skanderbeg Square, the heart of the city. During the day, the street is always crowded with cars and buses, and people don’t take the time to admire the beauty that it offers. The best thing to do is to come here in the evening and see the ancient villas like the former Jugoslav embassy’s palace. You’ll also find beautiful street art made by local artists.
Rruga e Durrësit, Tirana, Albania 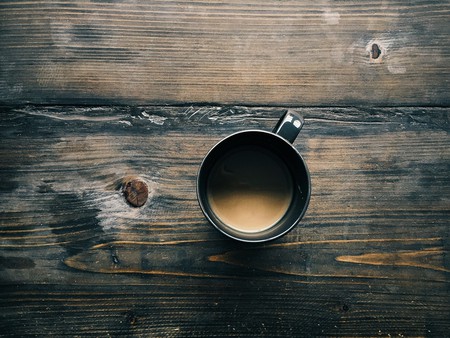 A cup of coffee | © FreePhotos / Pixabay
Give us feedback