The 5 Best Festivals in Tirana 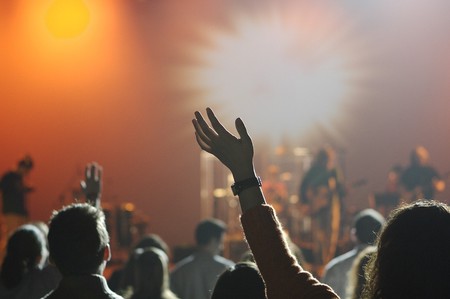 Tirana is one of the coolest and liveliest towns in the Balkan Peninsula and Europe. The city offers to inhabitants and visitors interesting festivals like musical events and film screenings. Here’s our list of the best festivals to visit in Tirana.

The Tirana International Film Festival was the first international film festival in Albania, and, with the Sarajevo Film festival, it is the most famous event in the Balkans that is dedicated to cinema. Since its first edition in 2003, TIFF has aimed to reunite some of the most important filmmakers, producers, and distributors from around the world. TIFF, which usually takes place in the fall, is the only film festival in the Balkans with an official Academy Awards recognition.

During the last weekend of October, authors from Albania and other European countries are invited to dialogue with each other and the public (mostly students and literature buffs) about literature and actuality. The Tirana International Literature Festival is organized by the Institute for Democracy, Media and Culture (IDMC) and Allianz Kulturstiftung Berlin, in cooperation with the Albanian Ministry of Culture.

Nyou Festival is a music festival held in Tirana’s recently renovated amphitheater, situated in the Grand Park of Tirana, near a beautiful artificial lake. The festival, which takes place every June, is dedicated to jazz music and is a great event to discover some of the best jazz artists in Albania, as well as the Balkan Peninsula.

Peza*n Fest is one of the most important events in the country. It takes place every September in the lovely village of Peza, a hamlet located just one hour from Tirana. Peza*n Fest hosts Albanian and international artists who are happy to exhibit in a very beautiful, but very underrated place. The festival is a good occasion to discover one of the least visited areas of the country and to taste excellent traditional food prepared for the occasion.

For music lovers, Tirana is one of the best destinations in the Balkans. The capital city of Albania is home to Jazz in Albania, a music festival dedicated to jazz music. It is hosted in Rogner Hotel, one of the most famous hotels in the country. Every July, many bands from Albania, China, Israel, USA and across Europe play their songs and entertain the international audiences in Tirana.