How to Spend a Day in Durrës, Albania 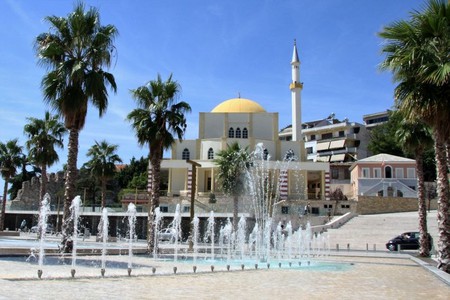 The Great Mosque of Durrës | © Fabiola/Flickr

Durrës is the second-largest town of Albania, after the capital city Tirana and the first port of the country. Located on the Adriatic coast, Durrës is a sea town with many things to offers to visitors, including great beaches and unique archaeological landmarks, such as the largest amphitheater of the Balkan Peninsula. If you have time, while you are in Tirana, don’t miss the chance to spend a day in Durrës – here are the best ways to enjoy your time in this ancient Albanian town.

Known in the ancient times as Dyrrachion, an important Roman settlement, Durrës is one of the oldest towns on the Adriatic shore. If you think that the city has to offer only great beaches and a vibrant nightlife, you are wrong. Durrës is home to the largest amphitheater of the Balkans, and several archaeological exhibits are spread throughout the entire town as well as in the Archaeological Museum. Established in 1951, visit this important museum, the largest in the country, and admire unique pieces of history – after you’ve gotten yourself some breakfast in the city centre of course

After a lunch at Piazza, one of the best fish restaurants in town, get ready to explore the beautiful amphitheater hidden behind the port. The theatre was built in the 2nd century AD, used as a performance location until the 4th century AD, with a capacity of 20,000 people. From there, visit the surrounding area which sports plenty of beautiful street art painted by local and international artists. Then reach Bulevardi Epidamn, the main street of Durrës and admire the Great Mosque of Durrës. Most Albanians, especially the inhabitants of Tirana, come to Durrës for its beaches, with golden sand and safe swimming, ideal for families with children. As you can imagine, in the summer months, these beaches are very crowded, but off peak season, the sea is still warm enough to swim in.

After a long day at the beach, and after the visits to the historical landmarks, you’ll have totally earned a great dinner to end your day in Durrës. The city is full of plenty of great restaurants, but if you have to choose one, the best is Ventus, a fancy and elegant restaurant located on the recently renewed harbor. Try the fish tartar and seafood linguine, two of the best options on the menu, and admire the beautiful sea panorama from your table on the terrace.

Durrës is known to be one of the liveliest towns of the country. The nightlife is vibrant, with restaurants, bars, nightclubs open late. Many beach clubs located on the coast host DJs from Albania and other Balkan countries throughout the summer months, from June to September. If you love dance, enjoy good music and drink great cocktails, head into Cinco Cavalli Summer Club, one of the largest clubs of Albania.