How Thousands of Communist Bunkers in Albania Have a Dark History 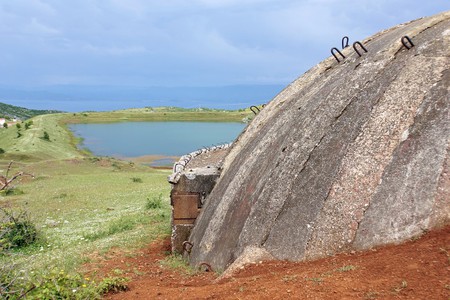 While traveling around Albania it’s inevitable that you’ll see your fair share of concrete bunkers all over the landscape, abandoned and slowly disintegrating. Built during the communist regime of Enver Hoxha between the 1960s and 1980s, the bunkers fed into his fear regarding an imminent attack, which never took place.

With an average of 5.7 bunkers for every square kilometer, it’s impossible to visit Albania without coming across these hard concrete domes. By 1983, the former People’s Socialist Republic of Albania had around 173,371 bunkers in many locations ranging from mountain passes overlooking the sea to the city streets. The huge ‘bunkerisation’ project was disastrous for the Albanian economy, taking away money for more important needs such as housing and better roads. With a style of politics inspired by hardline Stalinism, Hoxha’s break with the Soviet Union, withdrawal from the Warsaw Pact, and break with the People’s Republic of China, as well as hostility toward the country’s neighbors were all reason enough for a paranoia that an attack was always imminent. 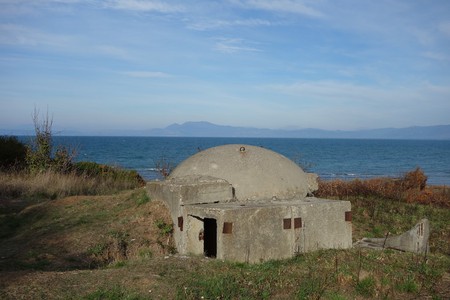 By 1976, when a new constitution was introduced giving the regime more power, the whole country retreated into a decade of isolation, cut off from the world and suffering from economic stagnation. Throughout this time propaganda regarding the militarization of civilians was ubiquitous urging everyone to be vigilant of the enemy and to constantly remain watchful. The construction of the wide network of bunkers served this purpose, establishing defensive civilian militia positions all around the country for an invisible war that was to never take place. During this time, all citizens (as young as twelve) were trained in defense drills at least twice a month, lasting up to three days, with unloaded firearms, to station themselves within the bunkers in order to repel any invaders. 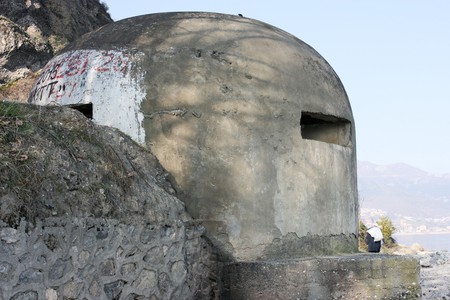 The bunkers themselves were made of concrete, steel, and iron and included a large command bunker, which was permanently manned, and smaller bunkers within its sight for communication with visual signs through the gun slits. Large underground nuclear bomb shelters were also constructed for the Party members and bureaucrats. Most notable was the system of bunkers around the capital city Tirana, with fifty circles around the city populated with thousands of bunkers. Presented as the most effective way of preventing the subjugation of Albanian citizen by foreign powers, the bunkers were in actuality symbols of isolationism as well as intimidation and control for which the regime was infamous. 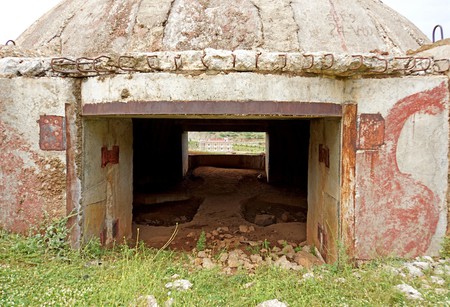 After the death of Hoxha in 1985, Albania’s landscape was littered with thousands of useless bunkers. Even though many were removed (a difficult task due to their solidity), many of the bunkers were simply abandoned because it cost too much to get rid of them. Some of the bunkers were put to creative use, being turned into restaurants, cafes, and even wine cellars, and in Tirana two historic bunkers have been turned into museums called Bunk’Art and Bunk’Art 2, displaying the story of the past to visitors who can now safely discover Albania, which is once again open to the world. 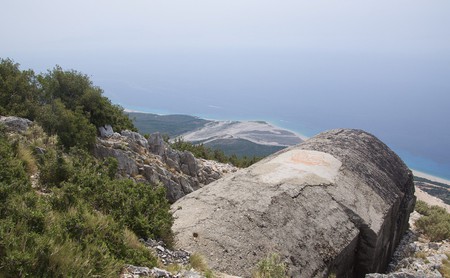