A UNESCO World Heritage Site, Butrint is an archaeological site that is unique because of its beautiful combination of historic ruins and pure nature. Dating back to the 10th and 8th centuries BC, the area was home to various civilizations, most notably the Greeks and Romans.

About 20 kilometers (12.4 miles) from the modern summer town of Saranda, where local and foreign tourists crowd the beaches in the high season, Butrint has quite the opposite feel, nestled quietly into the Mediterranean landscape. The earliest archaeological evidence shows that inhabitation took place around the 10th and 8th centuries BC, and by the 4th century, the city grew in importance as it became a major center for the Chaonians (a Greek tribe), with close ties and access to the Corinthian colony of Corcyra (Corfu). 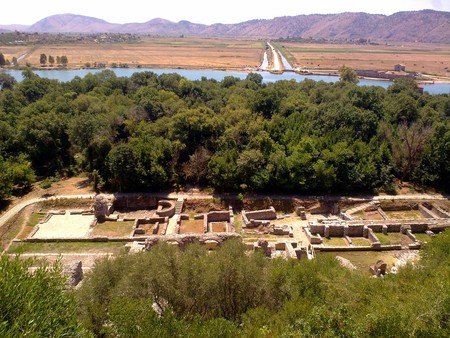 The construction of a theater and agora took place during this time, but it wasn’t until Butrint became a Roman protectorate in 228 BC that it grew significantly. In 44 BC, it was declared a colony by Caesar as a reward for soldiers who had fought for him in Pompey, and by 31 BC, Roman Emperor Augusts further developed the city, doubling its size with the construction of an aqueduct, Roman bath, a forum, and houses. As was normal at the time, a destructive earthquake shook the city and was the main cause of its decline, even though it continued to exist well into the late antique era. 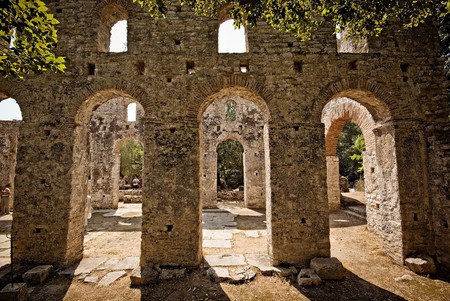 During the Byzantine era, the city walls were rebuilt, which did not prevent it from being taken over many times by different empires including the Venetians, whose battles with the Ottoman Empire left the city in ruins. By 1799, Butrint was taken over by the Ottomans until Albania declared its independence in 1912. By this time, the ancient city had been abandoned for centuries and was surrounded by marshes. 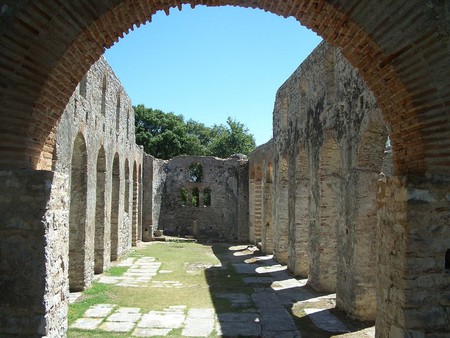 Nowadays, the archaeological site is anything but abandoned, with plenty of visitors who bask in its historic beauty. A testimony to its various eras, the historic structures reflect the time of the Greek colonies all the way to the Middle Ages. One of the most intriguing sights is the ancient Greek theater, which excites visitors with its well-preserved state. The beautiful mosaic floor of the baptistery (an ancient Roman monument that was adapted to Christianity) is also a highlight.

Butrint | © Pudelek / WikiCommons
Give us feedback