Albanian artist Anri Sala’s video works represent his thoughts on the transitory and ephemeral characters of life, utilizing music to subvert and confound the audiences’ perceptions. His works are also considered to be about place and identity, questioning the relationship between consciousness and the landscape. 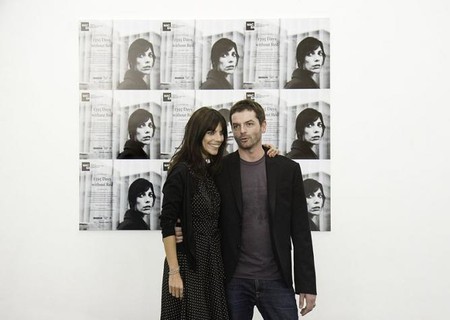 Dialectical oppositions dominate Anri Sala’s artistic practice: time and space, nature and culture, original and derivative; they all dynamically interact with each other, proving the fallacy of any fixed distinctions in terms of life and therefore of art. His works seek to prove that only an ephemeral line divides fiction from fact. It also conveys the idea of the mutual dependency between our daily lives and works of art, integrating his distinctive take on social realism with the contingency of the artistic creation.

The Albanian artist was born in Tirana in 1974, where he first studied at the National Academy of Arts. He soon left for France in order to continue his apprenticeship, and eventually moved to Berlin where he now lives and works. Mirroring a national tendency, which is also evident in other Albanian artists such as Adrian Paci and Helidon Gjergji, Sala’s elected medium is video installation. 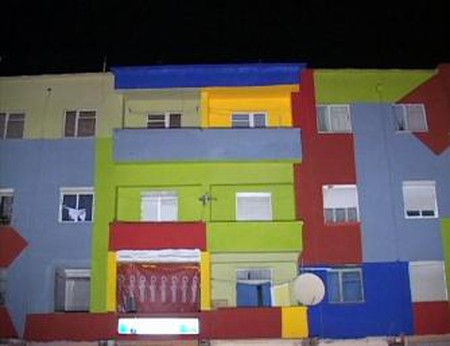 Screen shot from ‘Dammi i Colori’, 2003 I Courtesy of the artist and Chantal Crousel Gallery, Paris

Post-modern, post-existentialist, post-deconstructionist, Sala nevertheless pushes his art beyond the ruins of what he has left behind, and orchestrates a new language in which images and sounds are gathered together in search of an original expression. Sala’s work challenges the theoretical distinction between visual art and music, giving form to a liminal territory where images and songs are blurred together. This is similar to what the artist says: ‘like my life, my work is continuously shaped, inspired and constrained by rapture, and transitory or intermediate stations’. Lately, Sala has been including live performances within his exhibitions; his solo show at the Serpentine Gallery in 2011 saw the two jazz saxophonists Andre Vida and Caroline Kraabel playing every day as a response to the artist’s cryptic video. Sala also filmed the musician Jemeel Moondoc, who performed while suspended outside an apartment window on the eighteenth floor. Like the British social realism of the 1950s and 60s, the Albanian artist questions the current affairs and society’s values, while highlighting art’s innate political significance. He is the ‘angry young men’ of British social realism, unmasking society’s illusions and dramatized a sense of general alienation. Sala abhors solipsistic visions and instead poeticises daily situations that anybody can identify with.

In this way, Sala’s work is very unlike the English ‘kitchen-sink’ dramas, where the entire play is developed in one room, emphasizing the idea of claustrophobia; instead, Sala’s practice breathes in the outdoors. This questions the complex bond between urban topography and people’s daily life, showing how the two interrelate. His practice, in fact, awakens a sense of mutual belonging between inhabitants and the urban space, exploring how a city is nurtured by human relationships, and people’s collective awareness is consolidated by the space they live in. This is evident in Sala’s video Dammi i colori (Give me the Colours), which was on display at the Tate Modern. The piece is titled after Puccini’s opera Tosca and is a 16 minute work on Tirana’s urban and cultural transformations. The capital’s mayor, Edi Rama, is the narrative voice; Sala films his friend while they drive around Tirana’s streets. The viewer gets to know Rama’s face only towards the end of the video. Before that, the mayor is just a voice-over that describes the city’s colorful awakening. Rama, who is also an artist, promoted an urban artistic project: buildings’ facades have been colored with bright yellow, green, violet and red, obscuring, at least temporarily, the dusty, dry and arid public works. The video is a succession of long-takes with which the artist invites the viewer to enter the images’ intricate mystery. There is no heavy narrative or agitated movements to focus on, just visions of people and things subtitled by Rama’s thoughts. 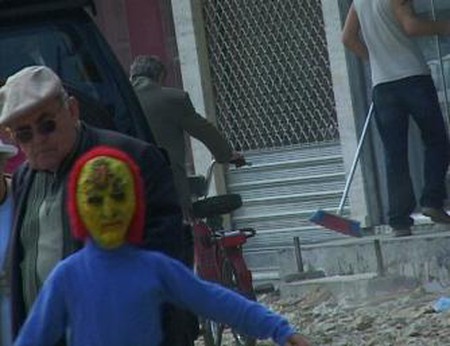 Screen shot from ‘Dammi i Colori’, 2003 I Courtesy of the artist and Chantal Crousel Gallery, Paris

In addition, opposites are complementary in Dammi I Colori; as the day alternates with the night, light and dark follow one another. Deserted streets turn into noisy bazaars where people chaotically make their way to work. While silence stands for the night-time when everything is still, noises metonymically stand in for labor and activities, the drills used by builders and buses are packed with people that beat the city’s rhythm. Rama appears as Plato’s governor-philosopher, the wise mayor caught in the intimate moment when he openly confesses his thoughts. For him, colors are the element through which time is experienced.

Sala won the Absolut Art Award in 2011, and in 2013 he showcased his work in the Venice Biennale. His work has been recognized as the integration of different art forms and his videos as an attempt to familiarize viewers with the enigma of vision and reveal a devotion to simplicity. But most importantly, his works seem to suggest that the image’s essence is to be found in its deconstruction through time and space.

Watch below a interview with Sala while showcasing his work: