City of a Thousand Windows: The Historic Ottoman Houses of Berat, Albania 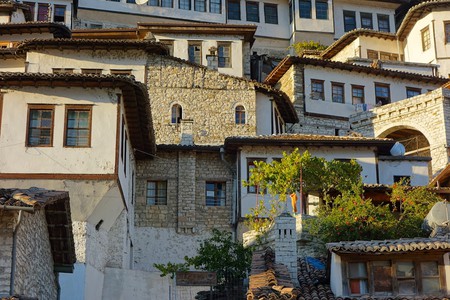 One of Albania’s most beautiful UNESCO World Heritage Sites, Berat is one of the world’s oldest continuously inhabited cities and absolutely amazing. Stay in one of the many renovated Ottoman houses-turned-boutique hotels and explore this beautiful town.

When you arrive in Berat you’ll instantly fall in love with the symmetrically aligned rows of traditional Ottoman houses that cover the inclining landscape. Dating back to the 6th century BC, with the earliest recorded inhabitants being the Greek tribe of Dassaretae, Berat became part of the Byzantine Empire after the end of the Roman Empire and later part of the First Bulgarian Empire in the 9th and following numerous battles for its occupation, Berat became part of the Ottoman Empire in 1385. Even though it initially suffered a great decline, the city recovered and grew in the 17th century becoming famous for its woodcarving. By the 19th century the city was important in the Albanian national revival. Nowadays, Berat is a haven for tourists who arrive in their droves during high season (June to August) to wander the cobblestone streets and gaze at the beautiful and mostly renovated traditional houses. 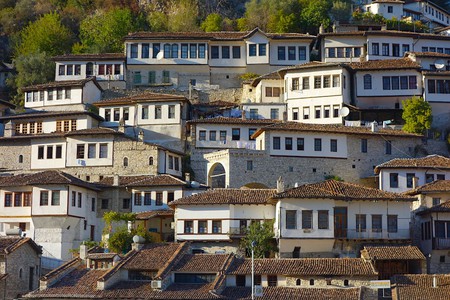 If you decide to visit during the off-season, you’ll enjoy a bit more solitude and fewer tourists crowds. It’s also recommended to book a room at Hotel Villa Aleksander, a traditional Ottoman mansion that has been renovated impeccably and has a pretty friendly Australian Shepherd Dog who will bring you his tennis ball for a game of fetch. One of the first sights to explore is the Berat Castle, which you can reach after a bit of an arduous walk up the slope. Dating back to the 13th century, the inside of the castle’s high stone walls actually enclose a small town with narrow streets lined with traditional houses that are perfect to explore. Make sure to walk to the lookout point to get a great view of the whole of Berat. 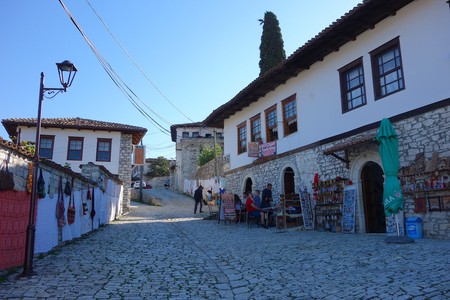 Seperated by the Osum River, it’s also a great idea to cross one of the bridges and explore the historic houses on the other side of the water. Here you’ll find fewer hotels and restaurants and more residents just going about their business. From this side you can also get a great look at the Holy Trinity Church of Berat that stands out with its red brick façade. The Berat National Ethnographic Museum is also worth a look, with a collection of everyday objects from various eras of Berat’s history. 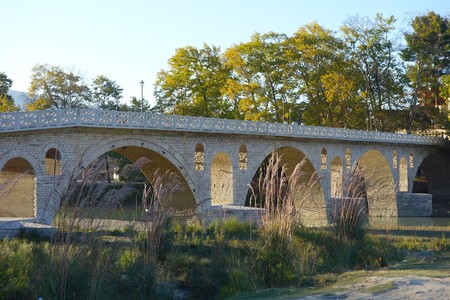 In the evening make sure to stroll down the city’s main square where locals hang out in one of the many cafes and restaurants and see some of Berat’s more recent structures. The Berat University is a definite standout with its huge white dome and high columns and if the gate is open venture inside to look at the main hall. 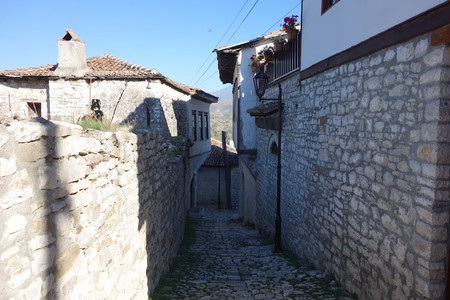 Berat | © Feride Yalav-Heckeroth
Give us feedback