Awesome Things to Do for Free in Tirana 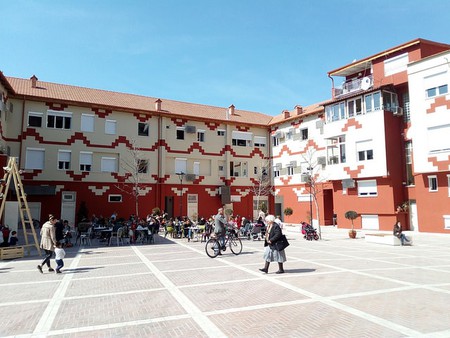 Tirana is one of the upcoming trending travel destinations, and it offers visitors plenty of things to do for free or only a few lekë (the local currency). From a walking tour that takes you throughout the city to museum visits, here are the top 10 free things to do in the capital city of Albania.

A trip to Tirana would not be complete without a visit to the majestic Skanderbeg Square. After undergoing restoration, this giant square in the heart of Tirana is a place where people meet, walk, relax and enjoy concerts, festivals and events. Take your time to admire the new pavement made with marbles and rocks from countries across the Balkans inhabited by Albanians. Then visit the main buildings of the capital, such as the National Museum, Et’Hem Mosque, the opera house, and Skanderbeg Statue. 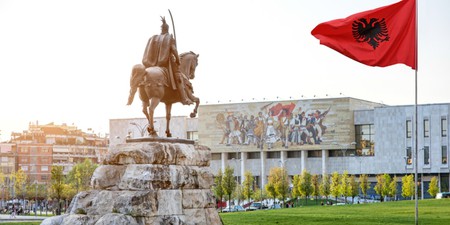 Stroll through the most fashionable district of Albania

Once forbidden to most people, Blloku is now the most fashionable area of Albania, where everyone can spend their time. During the Communist regime, only the members of the Communist Party were able to cross its roads and enjoy its features, but after the fall of the dictatorship, Blloku was turned into the coolest area of Tirana. Strolling down its colorful streets and admiring its beautiful cafés is one of the best things to do in Tirana.

Take amazing pictures at the colorful Pazari i Ri

Ok, it will not be easy to visit the recently restored market in Tirana without spending something, but Pazari i Ri is the perfect place to take pictures, and everyone one can do it for free. Tirana’s bazaar is a colorful place with plenty of fresh fruits and vegetables that every traveler should try. The stands are simply gorgeous and the area is surrounded by buildings painted with traditional Albanian patterns and colors.

Enjoy the religious buildings of the city centre

A great way of immersing yourself in Albanian culture without spending money is to visit the main places of worship located in Tirana’s city centre. Albania is well-known in the world for its religious tolerance, so don’t be surprised to see a mosque next to a church; it’s pretty normal here. The two most interesting buildings to visit are the Et’Hem Bey, the oldest mosque in Tirana located in Skanderbeg Square, and the Cathedral of the Resurrection, the largest Orthodox church in town.

Conduct your own street art tour of the city

Tirana is surprisingly colorful. Throughout the entire city, it is possible to admire beautiful street art works realized by local and international street artists. One of the liveliest areas of the town is Blloku – the coolest neighborhood of Tirana – where the local administration and several artists cooperated to repaint several buildings’ façades.

Climb the Pyramid of Enver Hoxha

To admire Tirana from a different perspective, the best thing to do is to reach the top of the Pyramid. This curious building was built in the 1980s to commemorate the dictator Enver Hoxha after his death. The Pyramid will be soon restored as part of an architectural project, but until then, it is one of the best places to admire Tirana from above without spending a lekë. 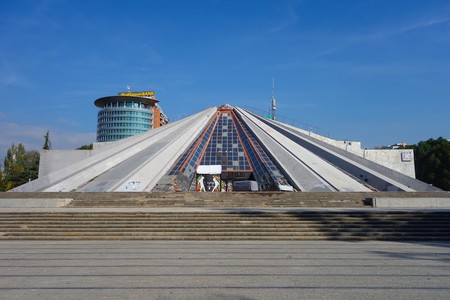 Walk on an Ottoman-era bridge

Albania was under Ottoman rule for 500 years. Therefore, many rests of the Ottoman occupation, such as buildings, mosques and bridges are still visible throughout the country. Hidden between modern buildings, the Tanners’ Bridge, or Ura e Tabakëve, is one of the best preserved Ottoman-era monuments in Tirana and the country. The Tanners’ Bridge is a lovely cobblestone bridge and the perfect spot to take beautiful pictures.

Enter into a bunker

For just few euros, you can visit two of the most interesting museums of the country, BunkArt and BunkArt2, built inside two antinuclear bunkers. Only a few tourists know that on the street that leads from Skanderbeg Square to the Art University there is a place called Checkpoint which is home to a piece of the Berlin wall and an open bunker. Reach it and watch others walking from a different perspective. 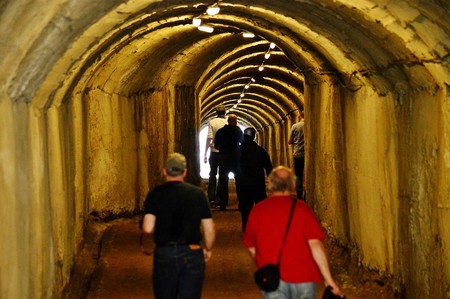 Tirana is home to the Bektashi World Center. The Bektashi order is an Islamic order of dervish that combines predominantly Sufi elements into a unique blend of Islamic philosophy. In the northeastern area of the Albanian capital city, there is a majestic and perfectly adorned tekke (teq) with marble mosaics and vibrant patterns. There’s also an interesting museum in the basement and a gift shop, where visitors can buy souvenirs.

A post shared by Francesca Masotti (@francesca_onthetopoftheworld) on May 23, 2018 at 12:06am PDT

Get out of the city centre and escape to Grand Park

To escape the crowds and chaos of the capital, the best thing to do is to get out of the city centre and reach the Grand Park of Tirana, or Parku i Madh. It is the lungs of the town and offers plenty of things to do for free, such as walking around an artificial lake, playing at the children’s playground, and relaxing in one of the many bars with a coffee.