Architecture in Albania | An Artist's Perspective

Comprised of grand mosques, looming minarets, sprawling post-Soviet tenements and lingering ancient relics, Albania’s architectural fabric is weaved together from threads of Ottoman, Venetian, Roman, Moor and Arabic influence. We take a look at five of the best Albanian artists-come-architects, creating a landscape in which historical buildings sit side-by-side with contemporary structures. 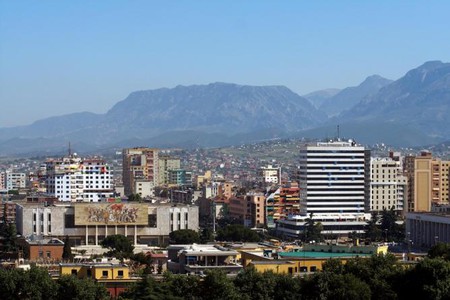 Adrian Paci is a celebrated artist from Shkoder, famed for confronting difficult, unsettling and uneasy themes throughout his work. In his piece entitled The Column, Paci incorporates sculpture into film, streaming footage of stone as it is crafted into a Corinthian column on a ‘factory boat’ from China to Europe. The work invites the viewer to look behind the autonomous finished sculpture to reveal the labour that is poured into its intricate detail, moving to deconstruct the processes of architectural creation and evoke a wider consideration of the individual aspects of modern architecture. Paci attempts to revive those elements of production that have been absorbed unnoticed into the fabric of Albania’s public spaces, making the narrative of the stone an artwork in itself. 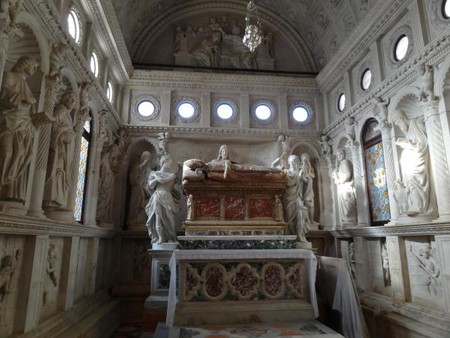 Considered the architectural maestro of the Dalmatian Renaissance, Andrea Nikollë Aleksi detailed many of his works with murals, motifs, exquisite carvings and flamboyant engravings. The best example of his daring style can still be seen, more than 500 years after its creation, adorning the UNESCO-attested core of Trogir in Croatia. Here, Aleksi built the Chapel of John the Blessed in large-cut stone monoliths, decorating the walls with pious statuettes and modelling friezes of Christ and the disciples between the folds of ceiling space. Aleksi worked in the territories of the Venetian Republic for most of his life and produced artworks as far afield as Ancona on the Italian east coast. He did however, eventually return to his native Albania, where he died in Durrës in 1505.

Alongside Adrian Paci, Edi Hila represented his country in the 2014 Venice Architecture Biennale that took place at the Pavilion of the Republic of Albania. Hila is a figure who has extensively experimented with blurring the lines between artistic and architectural ideas. Of particular note are his series of paintings entitled Portraits of Houses, in which he attempts to translate the three-dimensional aspects of architecture back into two-dimensional artistry, presenting snippets of houses and buildings in mysterious and surreal situations in order to suspend the viewer in uncertainty. His penchant for the Kafkaesque continues to figure throughout his Penthouse pieces, which heighten typical, normalised examples of urban Albanian architecture by considerably augmenting them – images of rustic homes soar like citadels in Hila’s creations and simple, colonnaded market buildings are depicted between grand bulwarks and formidable battlements. 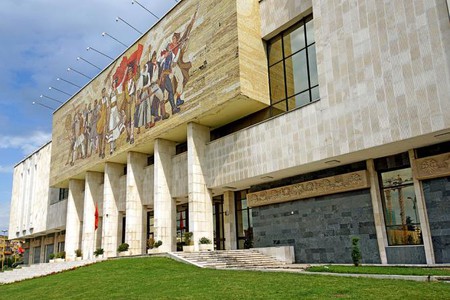 Hailed as one of the best modern Albanian architects of the 20th century, Enver Faja was responsible for creating many of the startling landmark buildings that pepper the country’s capital today. Faja is perhaps most notably responsible for the imposing façades of the National Historical Museum on Skanderbeg Square, created from contemporary concrete frontispieces and resulting in an exhibition space of more than 27,000 square feet. Faja is also known for monitoring the blueprints of the city’s self-contained and utilitarian student quarter, which houses thousands of undergraduates hailing from across the Balkans.

Known as the ‘Michelangelo of Albania’, Kolë Idromeno is unquestionably one of the definitive figures bridging the gap between architecture and art. Most of his major building works adorn the sunny streets of Shkodër in the north of the country, his workspaces recognisable from his distinct moniker carved into the wall, just as one might sign a canvas. The opulent Grand Catholic Cathedral is particularly noteworthy for its Idromeno features, as is the Bauhaus style Radovan Building. There are countless architectural marvels attributed to Idromeno, punctuating the leafy boulevards of the city’s northern historic district.