6 Hidden Gems in Albania Even Locals Don't Know About 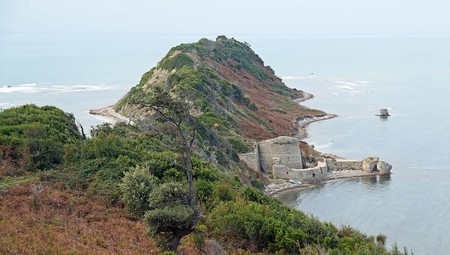 Unlike most of its neighboring countries, Albania is still a relatively unspoiled destination. The land of the eagles is one of the last European secret places and has plenty of spots that are so hidden, even locals don’t know about them. Read our list of the top hidden gems to visit in the Balkan country before everyone else finds them out.

North of Shkodra, the cultural capital of Albania, is one of the most underrated, hidden and beautiful regions in the country: Malësi e Madhe. There are several reasons why everyone should visit this area, including the fact that it is completely devoid of tourists. The main reason though is the stunning lavender fields found there. Malësi e Madhe looks like Provence, France, but is cheaper and without crowds. The best time of the year to visit this natural area is the beginning of summer when flowers blossom and everything is colorful.

While the more famous Valbona Valley and Theth attract most of the tourists, Vermosh is a beautiful natural area free of tourists and locals as well. Vermosh is the northern hamlet of Albania and is located 95 km (59 miles) from Shkodra, near the Montenegrin border. Shkodra and Vermosh are connected by one of the most gorgeous roads in the Balkan Peninsula, offering dramatic views over the mountains. Summer is a great time to visit Vermosh, but for those who are looking for romantic landscapes, autumn, with its amazing foliage, is undoubtedly the best time of the year.

Lura is a national park situated in eastern Albania, not far from the Macedonian border. Albania is home to several parks, most of them visited by tourists, as well as by locals, like the Butrint or Valbona parks, (two of the most famous destinations in the country). Lura is often avoided because it is located in a less touristy area, but this national park is simply terrific, and it is home to many species of wild animals and flora. The park comprises 12 glacial lakes, which are perfect natural pools for swimming in during the summer.

North of Durrës, the main coastal town of Albania, hides a true gem: Kepi i Rodonit. This rocky cape is home to some of the best beaches in the northern part of the country, as well as a lovely catholic church dedicated to Saint Anthony, several bunkers, and the ruins of an old castle built by the national Albanian hero Skanderbeg in the fourteenth century.

Near Macedonia, not far from Lake Ohrid, Shebenik Jabllanice National Park is one of Albania’s true secrets, not even known by locals. Here lives the Balkan lynx, one of the rarest feline species of Europe. Shebenik Jabllanice park is the perfect destination for enthusiasts of nature and outdoor activities: the park is home to several hiking trails, lakes and rivers, where you can swim during the hot summer days.

A post shared by Traveller Journalist (@journalist_traveller) on Jun 6, 2018 at 1:06am PDT

Just 35 km (22 miles) from Permet, a city known for its natural warm springs and excellent gastronomy, you’ll find Bredi i Hotovës, also called the lung of southern Albania. The natural park is home to ancient firs, canyons, thermal baths, and several wild animals like bears, wolves, foxes, deer, boars, and so on.