At only 11,100 square miles (28,748 square kilometres) and with a total population of just under three million people, Albania might be small, but it’s certainly not lacking in things to do and see. From the stunning beaches of the Albanian Riviera to gorgeous archaeological sites, Albania will not disappoint you. Here’s a list of the top 20 must-visit attractions in the country.

The Albanian Riviera is, with the capital city Tirana, the most popular place in the country. The reason is that it is just amazing: long sandy and pebble beaches lapped by turquoise water, and lovely coastal hamlets with small Orthodox churches, cobblestoned streets and flowers everywhere. The best places to visit are Dhërmi, Drymades beach, Vuno, Qeparo and the seaside town of Himara. 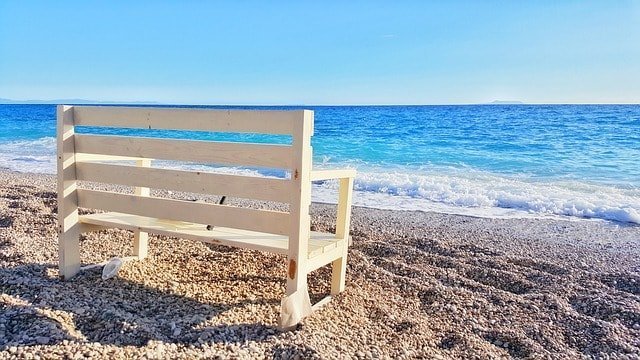 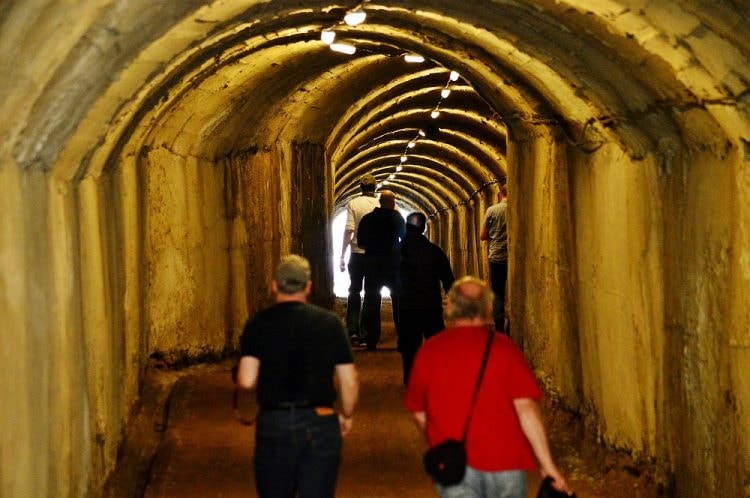 Tirana is one of the liveliest capitals of the Balkan Peninsula, with plenty of museums and art galleries that are worth a visit. Once in town, don’t miss the BunkArt, a majestic coveted bunker built in the outskirts of the town in the 70s by the former dictator Enver Hoxha. It is the perfect place to visit if you want to learn more about the Communist history of Albania.
More Info
Wed - Sun:
9:00 am - 4:00 pm
Rruga Fadil Deliu, Tirana, Albania
+355672072905
Visit website 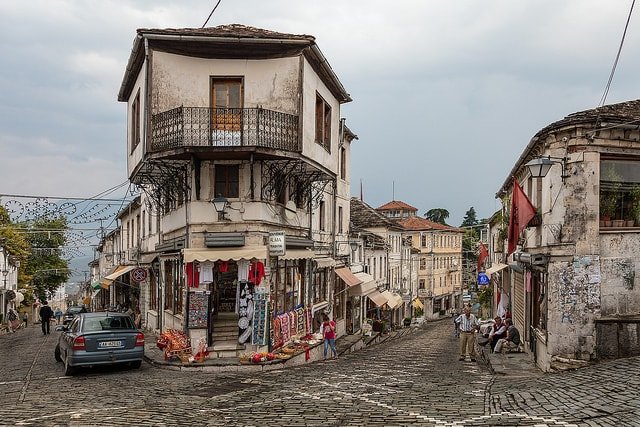 One of the most stunning destinations in Albania and the Balkans is Gjirokastër. This town is located in the south of the country and, for its unique Ottoman architecture, has been included in the heritage sites by UNESCO. Gjirokastër is home to one of the most beautiful castles in the country, which offers spectacular views over the city. 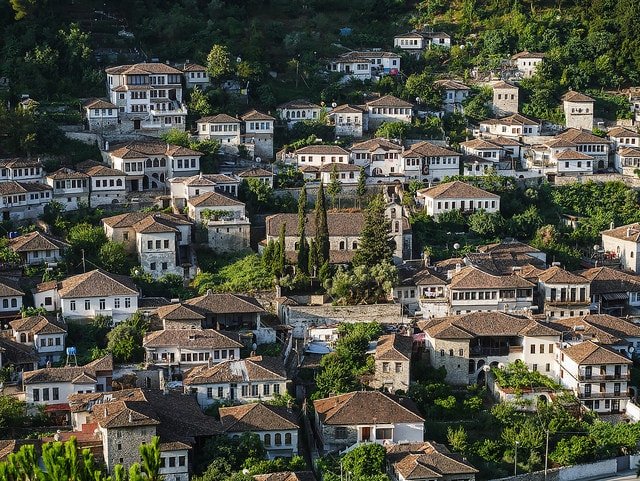 Located in the middle of Albania, Berat is one of the oldest towns in the country. It is also known as the City of a Thousand Windows due to the several windows on the buildings’ façades. Berat is part of UNESCO World Heritage sites since 2008, not just for its beauty, but also because the town is a unique example of religious tolerance. 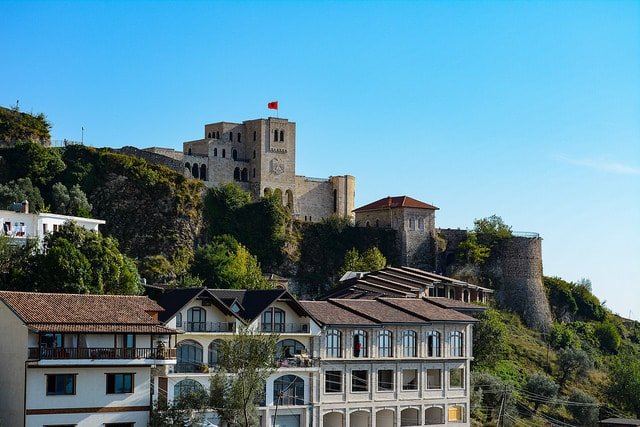 Located 40 minutes by bus from the capital Tirana, Kruja is home to the National Ethnographic Museum, located inside a castle, one of the most popular tourist attractions of Albania, that offers stunning vistas over the Adriatic Sea. From the fortress, the Albanian hero George Kastrioti Skanderbeg defended the country from the Ottoman invasion for almost three decades. Once in town, don’t miss a stroll through the old bazaar and buy a local souvenir. 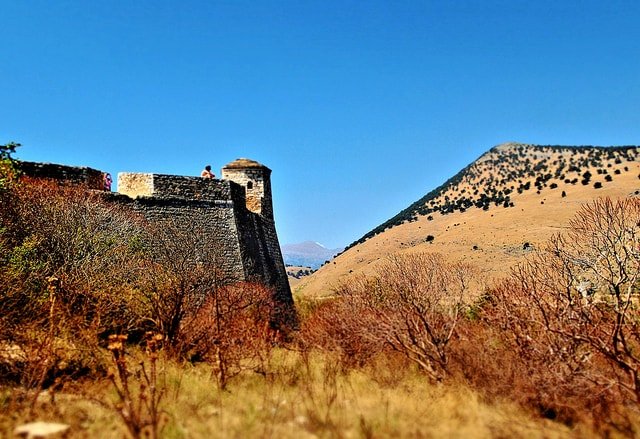 Near the coastal town of Himara there is Porto Palermo, one of the most beautiful fortresses in the country, known by the locals as Ali Pasha Tepelena. It is said that the Albanian administrator of Ioannina, Ali Pasha Tepelena, built the castle to honor his wife. The castle offers dazzling views over the Ionian sea and surrounding mountains. 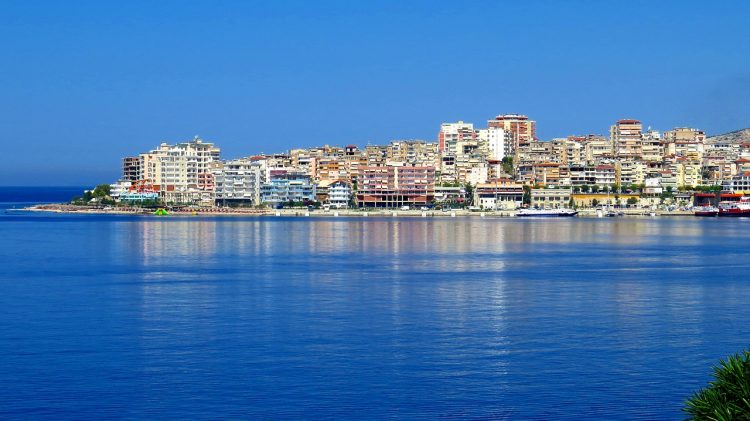 Saranda is the main town along the Albanian Riviera | © KatarzynaTyl / Pixabay

Saranda is one of the most famous touristic locations in Albania, mostly known for its gorgeous beaches and vibrant nightlife. It is located between the Greek island of Corfu, reachable with a boat ride of 40 minutes, and the UNESCO World Heritage Site of Butrint, the most important archaeological park of Albania.

In the north of the country, hidden among the Albanian Alps, there is Theth, one of the most beautiful natural areas of Albania. Theth is the perfect place for hikers and nature lovers because it is located in a dramatic mountainous scenery surrounded by nature and offers a lot of activities to do.

The largest town on the southern coast of Albania is Vlora, a city with important historic sites, such as Kanina castle, Zvernec island, and Orikum, but it is mostly known as the town where Albania declared its independence over 100 years ago. From the port of Vlora, every day with the help of Teuta Boat Tours it is possible to reach the fabulous Karaburun Peninsula (and the near Sazan Island), an untouched area with stunning beaches. 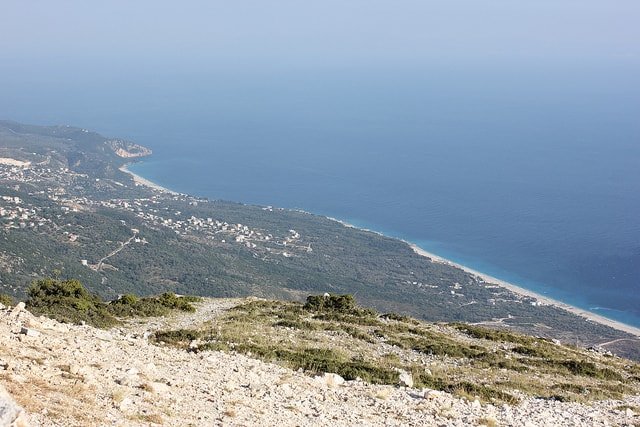 One of the most scenic natural landscapes of Albania is Llogara, a mountain pass located between Vlora and Palase, the first beach of the Albanian Riviera. The road is very dangerous and the spectacular panorama doesn’t help, but pay attention and be sure to bring your camera with you to take amazing pictures. 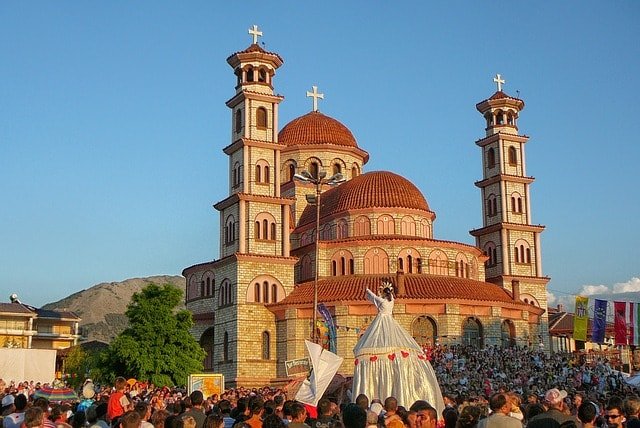 Korça is one of the main cultural centres of Albania, located in the southeast, near the Macedonian border. The city is known for its excellent beer Korça, old bazaar recently renewed, the largest Orthodox church in the country, its ancient villas, and the Education Museum, located in the former building where the first Albanian school opened in 1887. Korça is also known for the local songs, serenades, that are among the most famous of the Balkans. 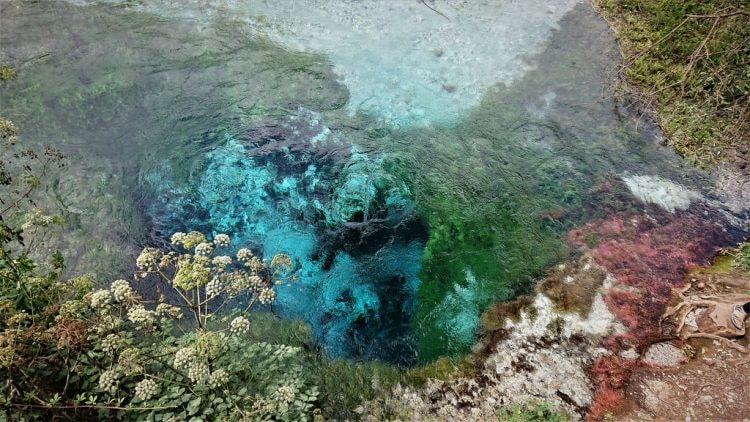 Nestled between the towns of Saranda and Gjirokastër there is Syri I Kalter, one of the most spectacular natural spots in Albania. It is a natural spring, more than 50 metres deep, where locals swim in the hot summer days. 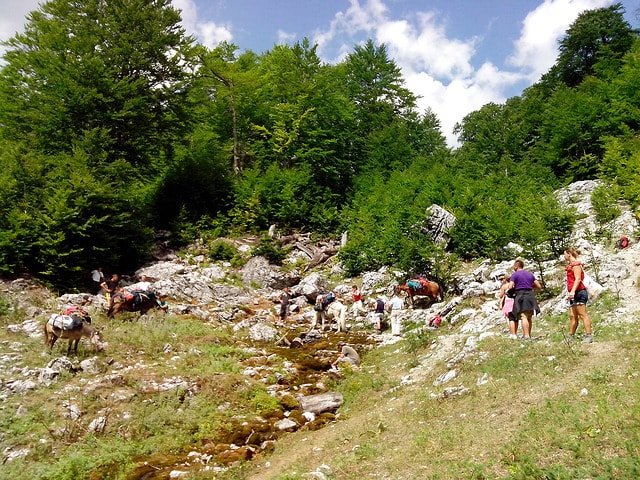 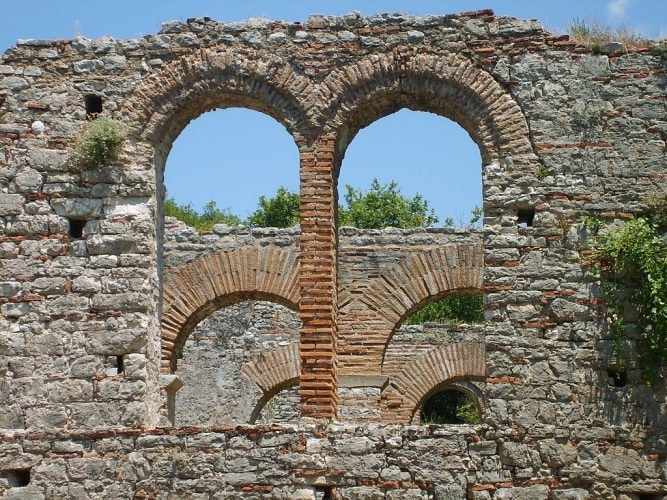 Inhabited since the prehistoric times, Butrint was once a Greek colony, a Roman colony, and a bishopric. It is the largest and most famous archaeological park in Albania and a UNESCO World Heritage Site. The highlights here are the theatre, baptistery and basilica. In the uptown, there is also a museum with artefacts found in the ancient area.

One of the favourite destinations in the country for locals is Pogradec, a small town located on the shores of the Lake Ohrid, one of the oldest and deepest lakes in Europe, situated between Albania and Macedonia. Pogradec is one of the most famous summer destinations of Albania due to its beaches and vibrant nightlife.

Dardha is a nice small village near Korça, known to be one of the most famous ski areas of Albania. Due to that, Dardha has became the most important winter destination of the country, mostly frequented by skiers and hikers.

Lake Koman offers visitors one of the most breathtaking scenery of the Balkan Peninsula. The trip on the ferry is one of Europe’s great boat trips and takes travelers from the hydroelectric dam at Koman directly to the port of Fierza, a small mountainous village.

Locals often consider Shkodra the cultural capital of the country because of its several events, photography museum, theatre, historic castle, and lifestyle. It is the largest town in the north of Albania and usually is used as a base to visit the surrounding mountains. 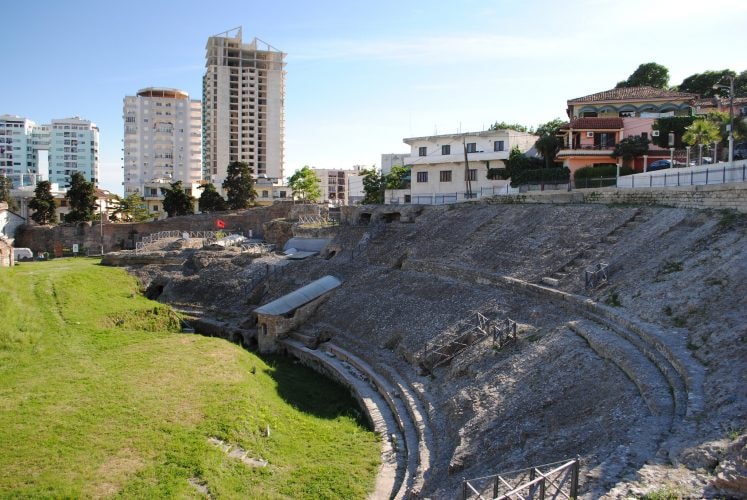 The archaeological amphitheater of Durrës | © aakaashá/Flickr

Durres is mostly known to be the main port of the country, but it is also one of Albania’s oldest towns. Durres is home to the largest amphitheatre in the Balkans, located behind the port. The town also hosts an interesting archaeological museum with artefacts found in the theatre surroundings.

Near the industrial town of Fier, a city located between Tirana and Vlora, there is Apollonia, once one of the most important cities in Europe and a must-visit for every traveller to Albania. Apollonia is also the place where Octavian Augustus studied before he became Roman emperor.