11 Reasons Why You Should Visit Butrint, the Largest Archaeological Park in Albania 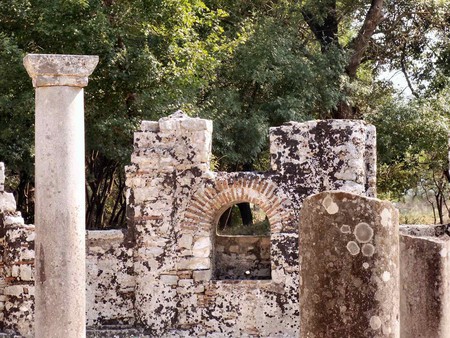 Albania is a land with ancient history. Throughout the country, you’ll find many archaeological sites with Illyrian, Greek, Roman, Ottoman and Venetian ruins. The park of Butrint, located in southern Albania behind the Ksamil beach, just a few kilometers from the Greek border, is the country’s main archaeological park and one of the best preserved areas in the Balkan Peninsula. Here are 11 reasons why everyone should visit it.

Butrint is the largest archaeological park in Albania

Albania, despite its small size, is home to many archaeological parks, sites and ruins. Butrint is not just the most beautiful of all of them, but it is the largest too. The park was discovered in the ’20s by Italian archaeologist Luigi Maria Ugolini, when Albania was under Italian occupation. 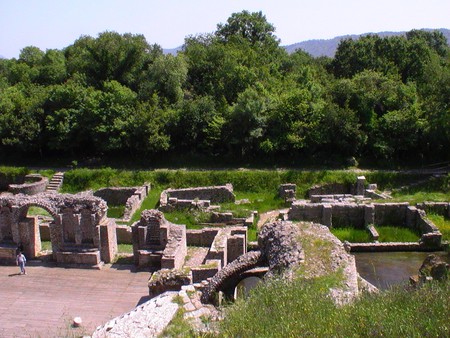 It is also the largest archaeological park in the Balkan Peninsula

The Balkan Peninsula has been inhabited since the ancient times by several different ethnic groups, and it has plenty of amazing old sites and ruins. The Albanian site of Butrint, with its size of 200 ha (494 acres), is not only the largest archaeological park in the country, but also in the Balkans.

Butrint is close to the beach

Every traveler should include Butrint on their Albanian travel itinerary because it is undoubtedly one of the highlights of the Land of the Eagles. A plus is that the archaeological park is located close to some of the most beautiful beaches along the Ionian Sea, such as Ksamil and the beaches of Saranda (the unofficial capital of the Albanian Riviera). 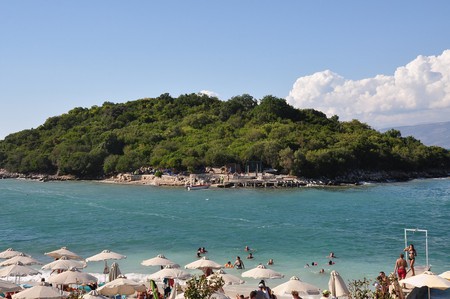 Butrint is close to the Greek border

Burint is very close to Greece, just 40 minutes by car from the border. So, if you have extra time and want to visit a few places in northern Greece, a good option is to reach the border and spend a day or two in Epirus. Butrint is also located in front of the Greek island of Corfu, reachable from Saranda by ferry.

Butrint is a microcosm of Mediterranean culture

Butrint has been inhabited since prehistoric times; it was a Greek colony, a Roman city and a bishopric (a district under a bishop’s control). It enjoyed a period of prosperity under Byzantine administration, then was occupied by the Venetians, and in the late Middle Ages, was abandoned after marshes formed in the area. With so many cultures leaving their mark on the land, it has become a microcosm of Mediterranean culture. 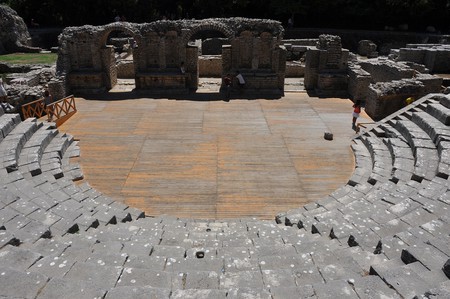 Butrint is a paradise for nature lovers

Butrint is not just an important and interesting archaeological park with ancient ruins and artifacts. Thanks to its spectacular location, hidden in the middle of a forest surrounded by plenty of trees, flowers and the Vivari Canal, Butrint is a paradise for nature lovers, as well.

From the top of Butrint’s hill, where once there was the acropolis of the old town, it is possible to admire breathtaking views over the surrounding areas. The panoramas over the ancient ruins, Vivari Canal and Strait of Corfu are some of the most incredible views every traveler should see in Albania. 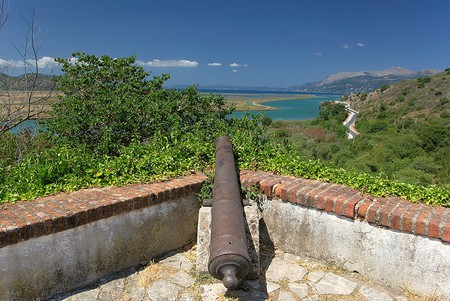 Butrint has a gorgeous castle

Also on the top of the hill is a gorgeous castle that now hosts an informative museum. Don’t miss the chance to visit it and discover something more about the history of the archaeological park. The castle was built by Ottomans at the beginning of the nineteenth century in order to add a defensive system to the town.

Butrint was mentioned in Virgil’s Aeneid

Butrint was once one of the most important towns in the Mediterranean, a place where people from West and East met each other. Did you know that it was mentioned in Virgil’s masterpiece poem, Aeneid? Virgil recorded that Aeneas visited Butrint after his escape from the destruction of Troy.

Butrint is a national park

Butrint is the most important archaeological park of Albania with immense cultural, environmental and historical value. It’s no surprise that in the year 2000, the Albanian government inscribed Butrint in the list of the national parks of Albania because of its beauty and importance.

The most important acknowledgment obtained by Butrint is that in the past years, it has been declared a UNESCO World Heritage Site. Butrint has been preserved in excellent ways and is located on a terrific landscape, so it totally deserved this acknowledgment.

Butrint is one of Albania’s most important and popular tourist spots, so if you want to avoid tourists, come here early in the morning or late in the afternoon to enjoy its many details.