11 Reasons Why Everyone Should Visit Gjirokastër, the UNESCO Town of Albania 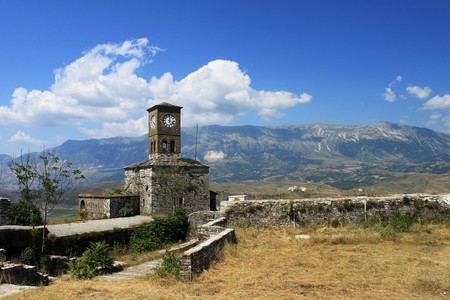 The castle of Gjirokastër is the largest of Albania | © LindaSaitos / Pixabay

Gjirokastër, the pearl of Albania, is undoubtedly one of the most beautiful and enchanting towns on the Balkan Peninsula. The city has plenty of gorgeous places to visit and can be easily seen in a weekend. Here are 11 reasons everyone should visit this town, which has been deemed a UNESCO World Heritage site.

The Old Bazaar is among the most charming areas in Gjirokastër and should be on every visitors must-do list while in town. The recently restored area offers many boutiques where travelers can buy souvenirs, as well as visit traditional cafés, byrek shops, and some of the most beautiful Ottoman-era houses on the Balkan Peninsula. 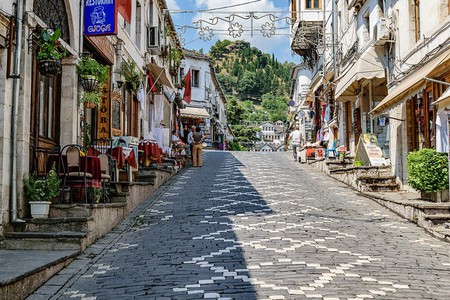 The colorful old bazar of Gjirokastër, the liveliest area of the town | © Steve Kellet / Flickr

Another great reason to visit Gjirokastër is the shopping. As mentioned, the stores in the old bazaar are interesting places to buy souvenirs and traditional furniture. Gjirokastër is also the right town for beautiful carpets, called qilim, which are handmade by local artisans, as are many of the colored bags and instruments found here. 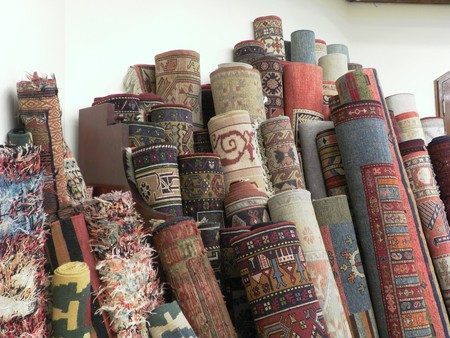 Gjirokastër Castle is among the largest and most beautiful castles in Albania. It also has a rich history: the prison in the castle was used by King Zog’s regime, then by the Italian and German occupation forces during WWII, and then again during the communist regime, as well. Since the ’70s, it has been home to a military museum, which features a U.S. Air Force plane that was captured near Tirana during WWII.

The castle of Gjirokastër is the largest of Albania | © LindaSaitos / Pixabay

The Ethnographic Museum is housed on the site of former dictator Enver Hoxha’s home. Hoxha was born in Gjirokastër, and though his home burned in a fire, the museum building now found here was built in the style of a traditional Gjirokastër home. With traditional folk costumes, furniture, cultural artifacts, and more it’s a great example of life in the town during the 19th century. There is also a large room in the museum with beautiful traditional rugs and colored windows that makes for a great photo background.

The food alone is a great reason to visit Albania, with fresh seasonal produce and traditional tasty dishes that are worth the trip. Gjirokastër is no exception: with byrek, traditional meatballs, rice dishes, and tasty pies, the town is a heaven for food lovers. 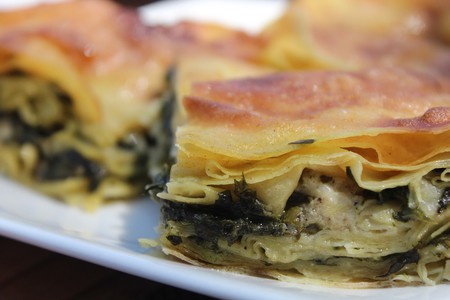 As one of the oldest settlements in the country, lovers of history and architecture should be sure to make the trip to Gjirokastër. The town features many outstandingly beautiful Ottoman-era houses, which were built in the 17th century. The old bazaar, an 18th century mosque, and two lovely churches are also must-visit sites. 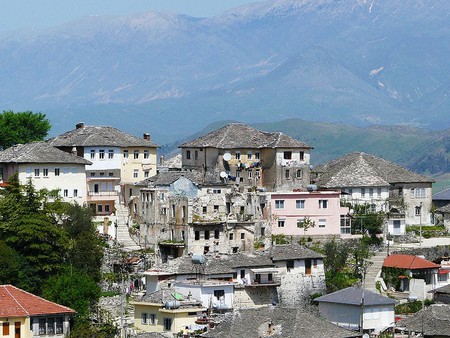 Zekate House is one of the most beautiful and fascinating buildings in Gjirokastër. This traditional tower house is unlike others because it has twin towers and a double-arched façade. Entry only costs €1.50—a bargain to visit this architectural masterpiece, which dates back to 1811.

As one of the most important cultural towns in the country, Gjirokastër is an ideal location for the Fustanella Festival, which takes place each July. Singers from around the world come to perform at the festival, and there is also a section entirely dedicated to traditional Albanian dances, songs, and costumes. This is a great way to become completely immersed in a typical Albanian experience.

Antigonea is just a 30-minute drive from Gjirokastër, and the Albanian Government fairly recently declared it a National Archaeological Park. Today, visitors will find only a few ruins of the old city, but the most impressive sites here are the walls and the Epirote House with its columns.

The archaeological site of Adrianopolis is in Sofratika, a village about 20 minutes south of Gjirokastër. The Roman Emperor Hadrian built the settlement in the 2nd century AD. The area also features an impressive and well-preserved Roman theatre.

Gjirokastër offers visitors the opportunity to organize interesting day trips. In one or two hours driving (public transport is available, but it’s advisable to rent a car) it’s possible to reach locations such as Përmet (a hot spring known for its excellent warm water) or Syri I Kalter, also known as the Blue Eye, a natural spring hidden in a forest on the road to Saranda.