Top 10 Things To Do And See In Panama 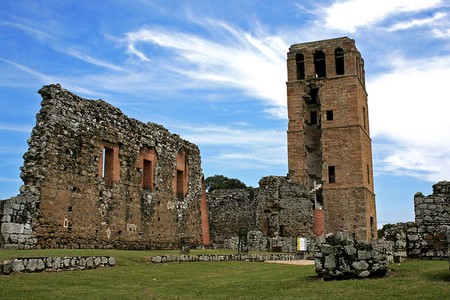 The interesting mix of history, geography, and biology make Panama a place like no other: here’s the top ten things to do and see while you’re there.

Panamanian food consists of a mix of Spanish, Native American, and African cooking techniques. Some of the most popular items include arroz con pollo (chicken with rice), ceviche, bollos (corn mash cooked in a banana leaf), carimañola (fried meat pies similar to empanadas), tamales, and various fried starches like plantains and corn tortillas. As for Panamanian beverages, Balboa cerveza is a popular local brew. Alternatively, you can wash down any of the treats listed above with a fresh coconut water or juice of a variety of different tropical fruits. To find authentic local fare, check out our list of the best cultural restaurants in Panama City. 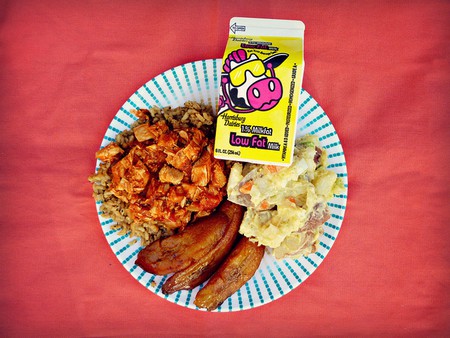 Situated in northeastern Panama, Comarca de Guna Yala is a strip of land spanning about 140 miles on the country’s coast. It is under the jurisdiction of the indigenous Kuna people. Branching off of this strip of land is an archipelago consisting of hundreds of small islands with thick tropical forests and white sand beaches that are ripe for exploration. These islands are less developed than other similar areas in Panama like Bocas del Toro in the west. Therefore, you can experience a more authentic way to experience the paradisaical world of Panama’s indigenous peoples. Still, there are some resorts here that can accommodate travelers. 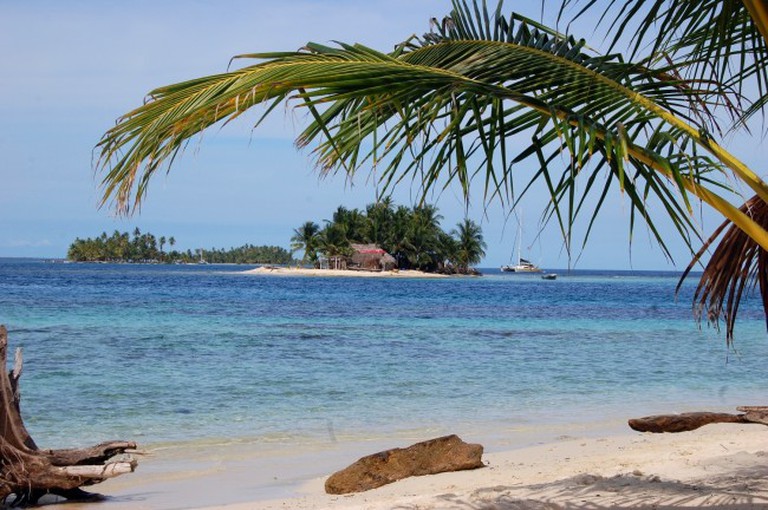 Perhaps one of the most famous elements of Panama is the Panama Canal, which has played a hugely important role in connecting the Caribbean and Pacific more than 100 years ago. The construction itself was a huge feat of engineering for the time. The French initially began work on the canal in 1881, but had to stop largely due to high laborer mortality rate from widespread outbreaks of ailments like malaria. The United States resumed construction in 1904. Finished in 1914, the Panama Canal from one side of the isthmus to the other, spanning 48 miles (77 km) from Panama City to Colón. It is still in use today, and you can watch as enormous Panamax ships move across. 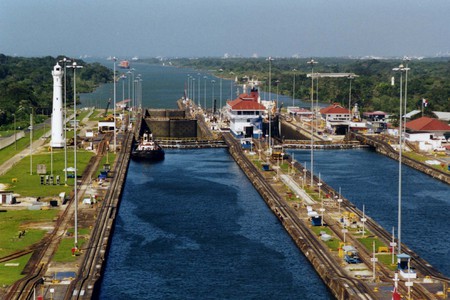 To delve a bit deeper into the history of the canal, head over to Miraflores Visitor Center. There’s a four-story museum, and it offers a close-up view of the Miraflores locks as well a chance to see the ships as they cruise by. Late afternoon is the best time to catch all the action on the water. Plus, many of the exhibits are interactive, which makes this a great place to take the kids. The museum is affordable, with all-inclusive tickets priced under $15, and they offer information in both Spanish and English. For those interested in the Panama Canal, the Miraflores Visitor Center is a must-see. 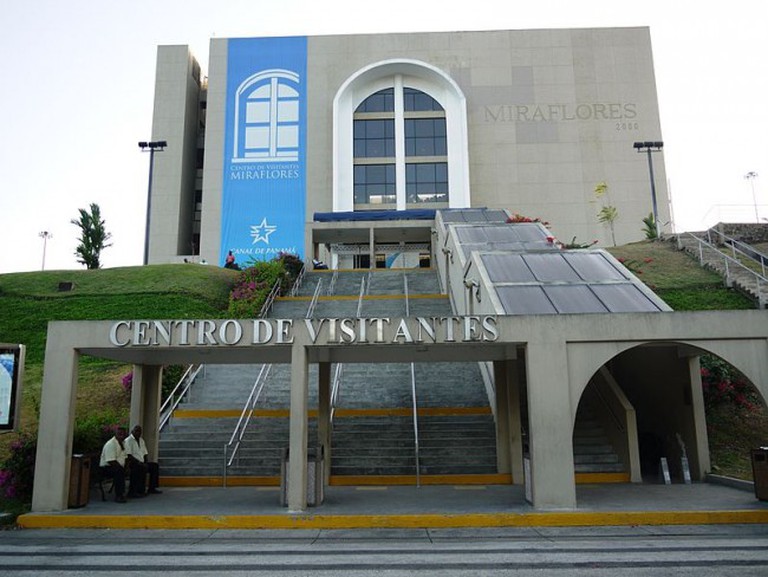 As you may have guessed by the name, Casco Viejo is Panama City’s old district, which dates all the way back to the 17th century. It is a UNESCO World Heritage Site that is constantly undergoing restoration. Yet, part of its charm is the crumbling almost ruinous feel of Casco Viejo’s colorful colonial architecture, which in this regard makes them much like the buildings of Venice. Nowadays, the area is populated with trendy cafes, shops, and wine bars. Here you will also find several remarkable old churches and other structures of historical significance. It is even possible to see the ruins of the city after the Governor burned it down to prevent it from getting looted by pirates. 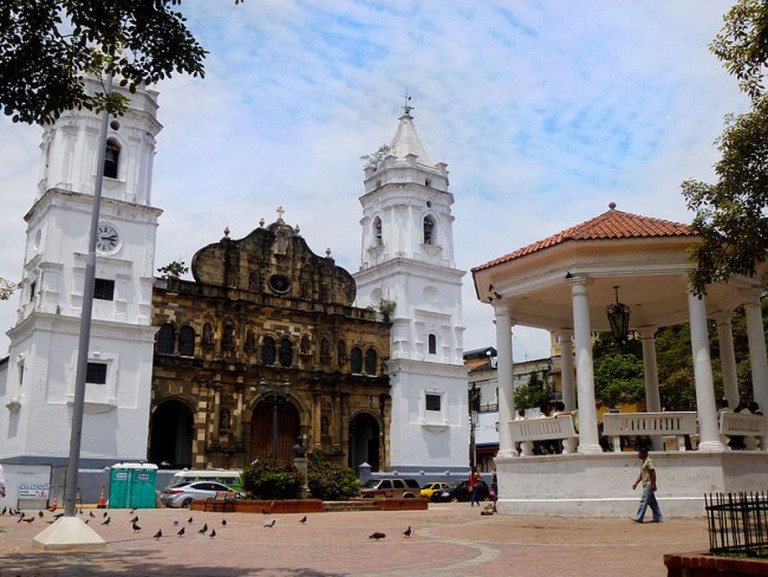 Avenida Balboa offers a pretty different picture of Panama City, as it is comprised of modern skyscrapers and busy roads. Avenida Balboa is an excellent place to take a stroll in the evenings when temperatures cool down, as the avenue features a promenade that is situated along the Panama Bay. The streets are lined with trees and flowers, and ocean breezes mix with the air. Here, you will encounter a great mix of visitors and locals. Be sure to pass by the monument to Vasco Núñez de Balboa, the Spanish explorer who first crossed the Panamanian isthmus in 1513. 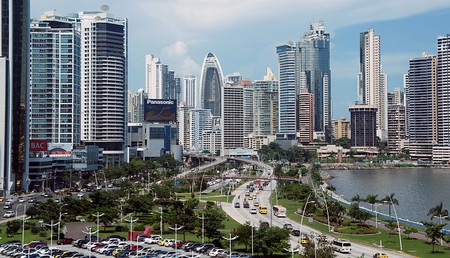 Also located in Panama City is Metropolitan Natural Park, the only rainforest located so close to a major city. This park offers a chance to get up close and personal with rainforest flora and fauna without ever having to leave the city. In particular, we recommend hiking for about 90 minutes to Ancon Hill, where majestic views of the forest and beyond await. The path is paved, and it’s not uncommon to spot various species of tropical birds as well as sloths if you keep on the lookout. To be certain that you’ll see these critters, there are tour guides available to accompany you on your hike. It is also possible to cruise above the canopy via the Canopy Crane Tour. 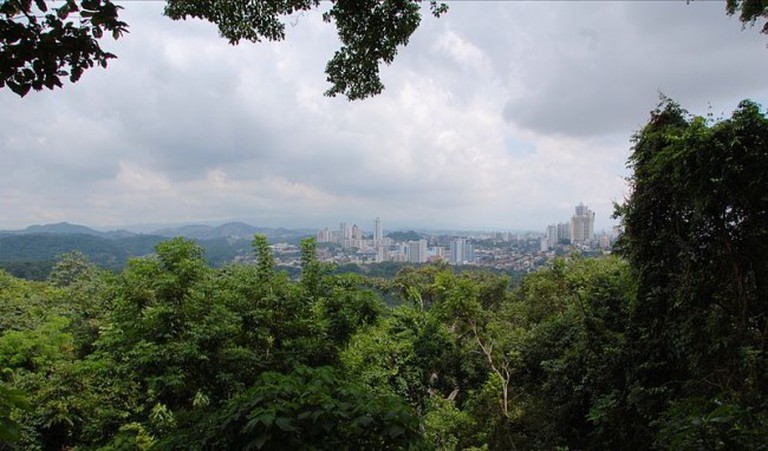 The exterior of the Iglesia San Jose isn’t likely to catch your eye. Perhaps the most striking element of San Jose Church is its gold altar and surrounding baroque sanctuary that lies within. Beyond what meets the eye, San Jose Church also has an interesting past. As for that gold altar, part of the church’s lore is that the Jesuit priests residing in Panama City hundreds of years ago painted it black to keep famed pirate Henry Morgan from attempting to steal it. Built during the 1670s, San Jose Church is located in Casco Viejo, and it is still in operation today. 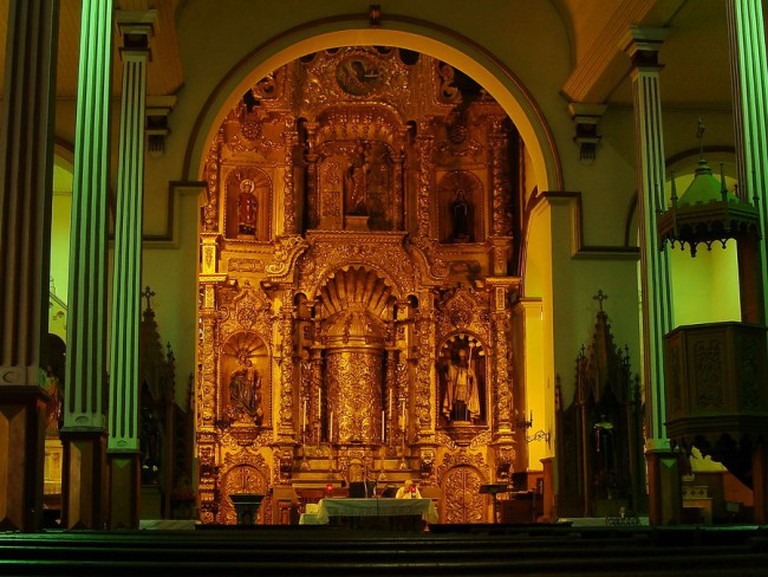 Panama Viejo is the site of the old city dating back to 1519. The remaining structures lie in ruins. Most of these ruins are traces of the old ruling buildings of Panama City including bits of the Casas Reales (Royal Houses), pieces of homes built by the wealthiest members of the city, and a pretty well preserved portion of the Catedral de Nuestra Señora de la Asunción. This is a great place to get a hint at what the city was like during the time of colonial splendor, and to understand what exactly it was that pirates ultimately plundered under Captain Henry Morgan. 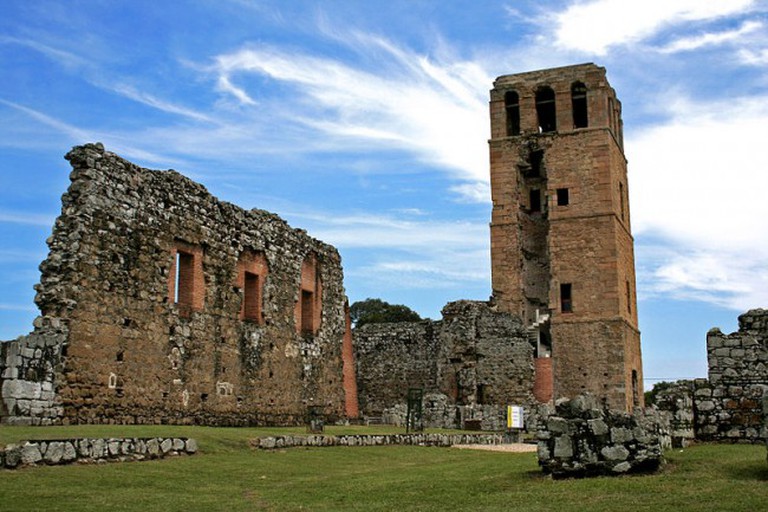 The fact that Panama is an isthmus has brought it plenty of notoriety as the site of the Panama Canal. This isn’t the only way its geography makes it unique. As it spans between two extraordinarily biologically diverse regions, Panama itself is home to a distinct host of species. Located on the Amador Causeway, the Biomuseo was constructed to celebrate that. Frank Gehry, a world famous architect, designed the topsy-turvy structure, and it alone is worth the visit. Inside you will find botanical gardens as well as many other visually stimulating exhibits. The Biomuseo offers a truly unforgettable experience. 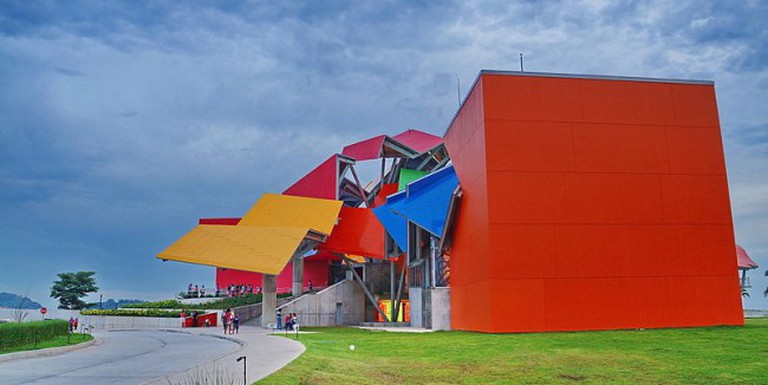