The 10 Best Restaurants In Panama City

A melting pot of Afro-Caribbean, Latin American and European cultures, Panama’s culinary scene reflects the country’s diverse heritage. From simple and delicious comfort food to exquisite gourmand explorations, to tempt any palate. The Panamanian cuisine typically includes meat or seafood with coconut rice accompanied by local fruits and vegetables such as yucca (a root vegetable), corn, coconuts and plantains. Many restaurants add to the traditional recipes, here are 10 of the best places to try.

Specializing in typical Panamanian cuisine since 1983, El Trapiche is a popular destination for any visitors to Panama City. In Spanish, ‘el trapiche’ is a mill which squeezes the juice out of a sugar cane. The restaurant lives up to its name by using the very best of local produce, turning it into a variety of wholesome Panamanian dishes. A signature delicacy includes the ‘Panamanian Fiesta’, a complex eight-dish concoction offering the best of local cuisine. Whether seated in the air-conditioned dining room or outside on the terrace, the atmosphere is relaxing and friendly. Introducing new specials every week and with two venues to choose from, El Trapiche has become a favourite.

For the best Afro-Caribbean cuisine with a home-cooked feel, Restaurante El Caribe is a culinary must-go. Renowned for its high quality and traditional comfort food, El Caribe uses only the freshest, seasonal ingredients and prides itself on its divine homemade coconut oil and scotch bonnet pepper-based sauces. Specialties include the oxtail in Lima beans with dumplings, jerk chicken and octopus in coconut sauce. Located in the multicultural area of El Cangrejo, the restaurant has a lively vibe, with karaoke on Friday nights and live jazz on the last Saturday of each month. 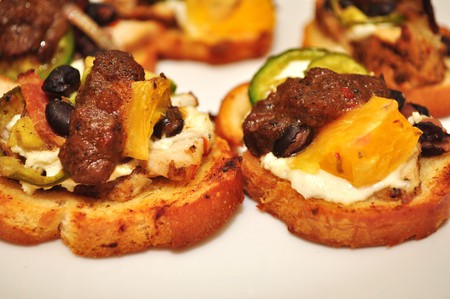 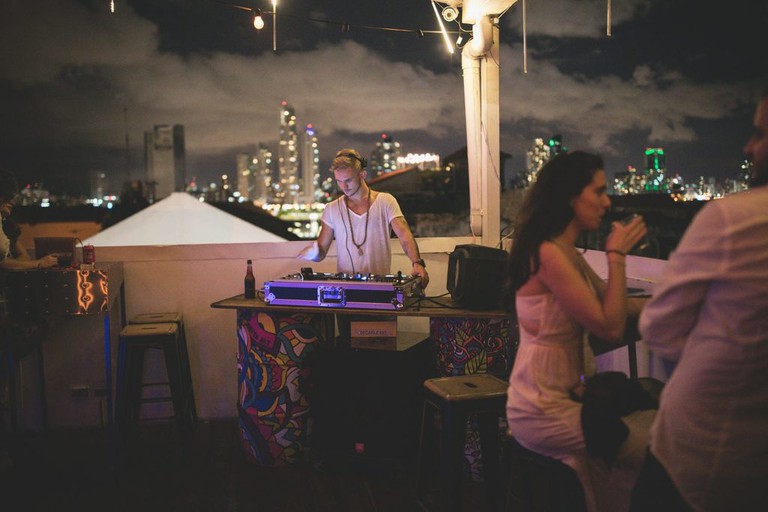 An absolute culinary gem, Tantalo Kitchen offers an internationally inspired tapas-style menu with a Panamanian touch. Each dish is a creative combination of local meats, fish and vegetables with Indian, Mediterranean and Latin American influences, served as Spanish tapas in portions ideal for sharing on the long communal tables in the restaurant. The creative interior, decorated with paintings by local artists, together with the leafy vertical garden along one of the interior walls add to Tantalo’s enticing ambiance. After a delightful meal, the rooftop bar presents an unbeatable escape, offering a selection of exotic cocktails and a chance to admire the breathtaking view of the city below.

Mercado de Mariscos, the city fish market, is Panama City’s seafood haven and a paradise for seafood lovers. With over 70 stalls selling the country’s freshest produce, there are also stands serving some of the best ready-to-eat Panamanian ceviche, a Latin American delicacy prepared with raw fish, usually marinated in citrus juices and spiced with chili peppers and other seasoning. The chance to handpick your own seafood and have it traditionally prepared in the open-air restaurant situated just above the market hall is unique to Mercado de Mariscos. This vibrant market is abuzz with animated and knowledgeable vendors and fishermen bustling in and out with their latest catch, which travels from the sea straight onto your plate. The medley of local vendors, fishermen and customers, together with the flavorsome native cuisine, all compose an unforgettable Panamanian dining experience. 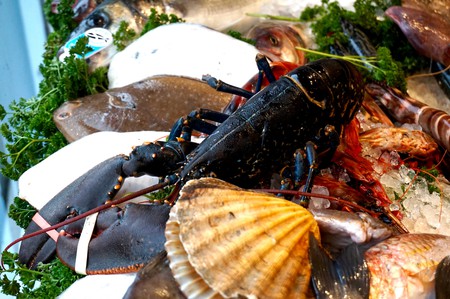 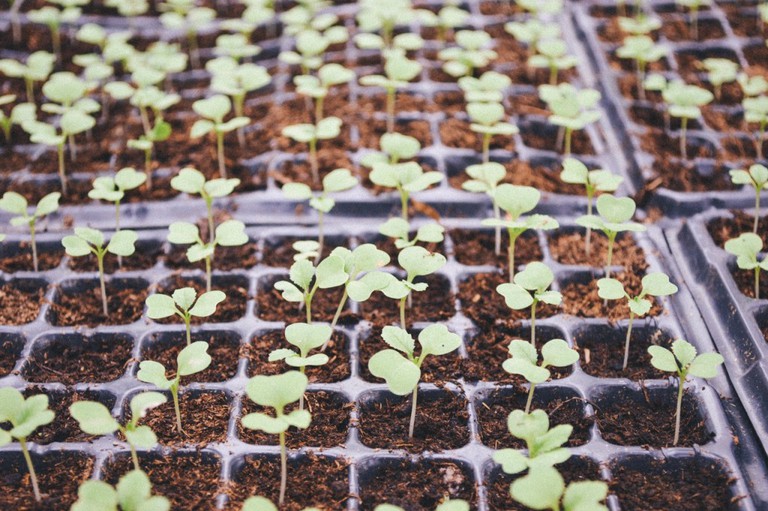 Growing Herbs | ©Pexels
Keeping pace with Panama City’s evolving cultural blend, Maito offers a gourmet menu composed of traditional cuisine refreshed with an amalgam of international flavors. ‘No one knows what Panamanian cuisine really is; a bit of everything is eaten in Panama – French, African, Spanish, Colombian, American,’ states one of Maito’s chefs, Mario Castrellón. Tucked away in the upscale Coco Del Mar suburb, Maito offers an exciting international fusion of fish, seafood, pizza, pasta and vegetable plates served up with a local flair. The ingredients are sourced directly from small-scale Panamanian producers to assure the highest quality of produce and support for local communities. The stylish restaurant also uses a variety of organic herbs that it cultivates in its on-site garden. Maito’s food selection is outstanding, presented elegantly with impeccable service, and outdoor seating is available in the picturesque terrace overlooking a quaint garden.
Open In Google Maps
Calle 50, Panamá, Panamá, Panama
+5073914657
Visit Website
Give us feedback

Nestled in the heart of Casco Viejo, Las Clementinas brings a contemporary edge to Panamanian cuisine. The restaurant serves a fusion of creative dishes, internationally and locally inspired, and carefully designed by the head chef. A mouth-watering starter of plantains with melted brie, followed by the guacho de mariscos, a Panamanian seafood risotto dish, completed with homemade flan, is just one of the many delectable three-course options the original menu has to offer. Part of Las Clementinas’ charm is attributed to its enchanting lush garden with trees and herbs indigenous to different regions of Panama. The garden, described as a ‘cozy urban oasis’, not only provides a romantic hideaway but also supplies the restaurant’s kitchen with fresh produce. 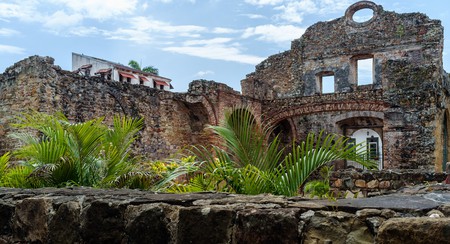 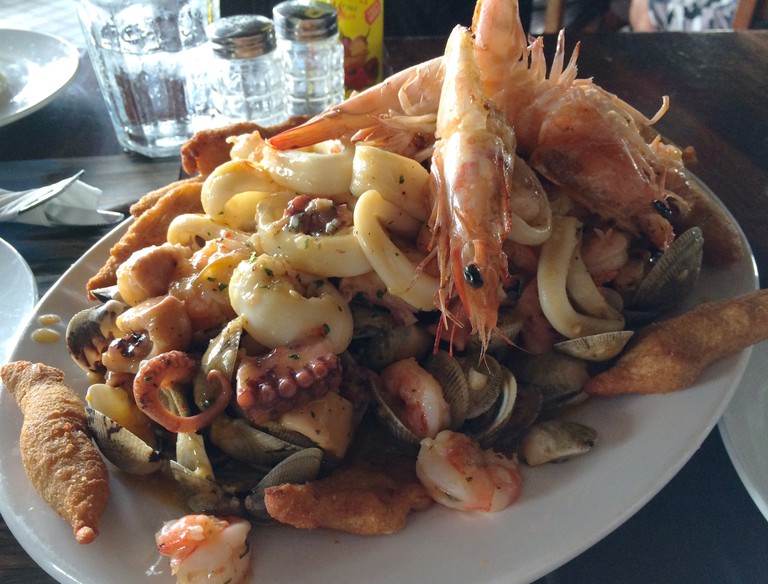 Venture out along the Amador Causeway lined with beautiful palm trees to the Island of Naos, where you will find Mi Ranchito. A favorite for typical Panamanian food, Mi Ranchito’s specialty is seafood. Their menu features an impressive selection of local shrimp, octopus, squid, lobster and fish dishes. With a magnificent view of the Bay of Panama, the restaurant consists of outdoor tables shaded by thatched umbrellas, giving off a refreshing feel to match its tasty tropical dishes. On Sunday mornings, there is an exquisite buffet, offering the very best of the land and sea.

Situated in the historic, arty quarter of Casco Viejo with architecture dating back to the colonial period, Diablicos provides a unique and vibrant setting to sample typical Panamanian food served in gourmet style. Diablicos, a somewhat curious name. It originates from the religious dance of the Los Diablos Sucios (the dirty devils), which represents the ancient battle between the devils and an angel for the soul of a mortal. While enjoying a delicious traditional dish of ceviche diablicos (fresh raw fish marinated with the fruit of the day) or ropa vieja (shredded tenderloin served with plantains and guandu rice), diners are treated to the main show of Los Diablicos, and other indigenous folk dances from different regions in Panama. 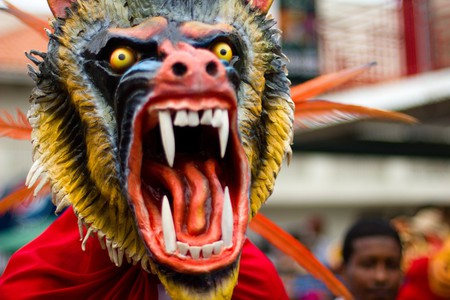 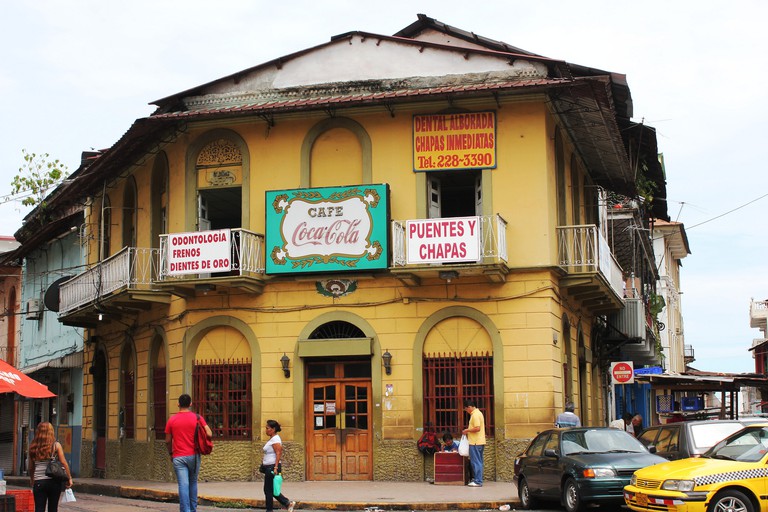 Reputedly one of the oldest cafés in Panama City, Café Coca Cola opened its doors in 1875. Featuring generous heaps of beans or rice served with tasty chunks of meat on the side, the meals are simple but hearty. A curious mix of locals and backpackers stroll in and out of the venue, and the experience is complete with the simultaneous chess games taking place amidst lively discussions about the football matches being shown. Supposedly having hosted the famous Ché Guevara, this low-budget local hangout, on the outskirts of Casco Viejo, gives you a memorable realistic glimpse of daily life in Panama. 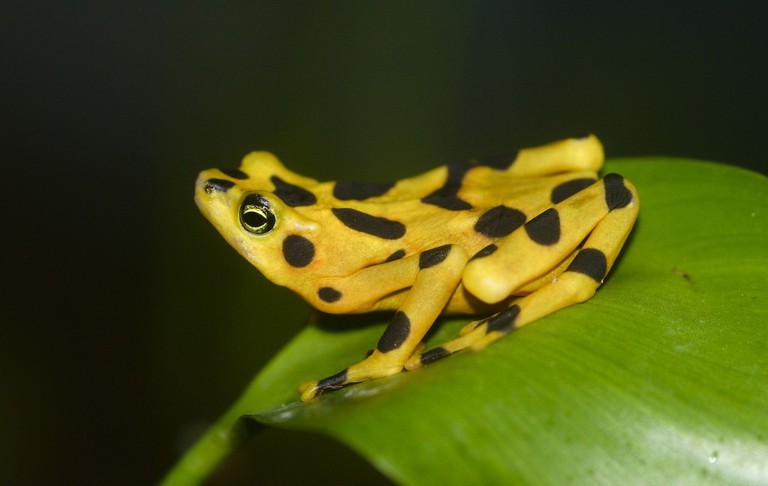 Panamanian Golden Frog (Rana Dorada) | ©Brian Gratwicke/Flickr
An original pub-type restaurant adjacent to its very own brewery, the Rana Dorada Cervecería provides a spectacular opportunity to sample homemade, quality Panamanian beer and watch how it’s made. Its interesting name, Rana Doradais derived from the rare Panamanian golden frog, endemic to Panama, which is a sort of a national symbol associated with prosperity and good luck. The brewery, which can be glimpsed from the interior of the restaurant, adds to Rana Dorada’s beer-themed décor with its soft, yellow-painted walls and classic wooden furniture. Along with an appetizing menu offering finger foods, pizza and more recently ceviche, the pub serves premier pilsner, pale ale, blanche and porter beer, all brewed in-house.
Open In Google Maps
Panamá, Panamá, Panama
+5073996681
Visit Website
Give us feedback
Give us feedback