Beyond The Limits: The Tale of the Panama Canal

The Panama Canal was a major project which seemed impossible to many, resulting in its story being retold in many forms including art and literature. Connecting the Isthmus of Panama through to the Atlantic, this 51 mile crossing is still one of the most highly travelled waterways in the world, handling over 12,000 ships per year. 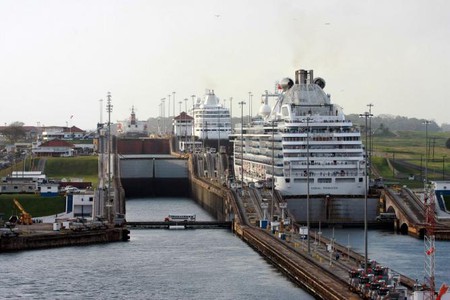 The story of the Panama Canal dates back to the early 16th century, and can be traced to the 1513 Isthmian crossing of Vasco Nuñez de Balboa. The initial idea was suggested to the Holy Roman Emperor Charles V, who was also Charles I of Spain, to build a water passage across the Isthmus of Panama uniting the Atlantic and Pacific oceans. After realizing the riches of Peru, Ecuador and Asia, and counting the time it took the gold to reach the ports of Spain, the trips would be made shorter and reduce the risk of loosing the treasure. The first survey was taken for the proposed route to the Pacific following the Chagres River and by the time this was completed, it was deemed impossible for anyone to accomplish such an achievement. 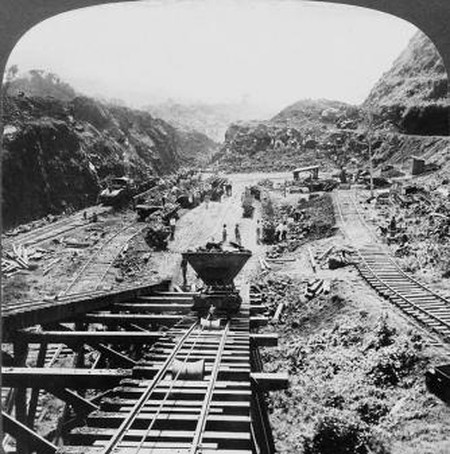 The Canal under construction in 1907 | WikiCommons

In the early 19th century the books of the German scientist Alexander von Humboldt revived interest in the project, and in 1819 the Spanish government formally authorized the construction of a canal across the isthmus and the creation of a company to build it. The international company failed, and in 1880 a French company was organized by Ferdinand Marie de Lesseps, the builder of the Suez Canal. With the success he had with the construction of the Suez Canal in Egypt just ten years earlier, de Lesseps was confident he would complete the water circle around the world by proposing a sea level canal through Panama. Although de Lesseps was not an engineer, he was appointed chairman for the construction of the Panama Canal and organized an International Congress to discuss several schemes for constructing a ship canal. He believed that if a sea-level canal worked when constructing the Suez Canal, it must work for the Panama Canal.

Eventually in 1899 the French attempt at constructing the Panama Canal was seen to be a failure. Despite this, they had excavated a total of 59.75 million cubic metres which included 14.255 million cubic metres from the Culebra Cut, lowering the peak by 102 metres. The value of work completed was about £16 million, and had left behind a considerable amount of machinery, housing and a hospital. It was not only the flaws in de Lesseps’ plan that caused the failure; disease carrying mosquitos and the inadequacy of their machinery were also to blame. 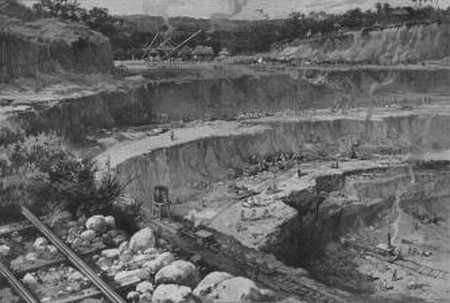 The discovery of gold in California and the rush of would-be miners stimulated the United States interest in digging the canal. In 1904, the United States purchased France’s rights to the unfinished canal for £26 million and began the Herculean task of carving a canal through the isthmus. After seven years of digging and construction, and the expenditure of $380 million, the 51 mile long Panama Canal was officially opened on August 15, 1914, and the US cargo ship Ancon made the first transit.

The presence of the Canal completely changed the lifestyles of the country of Panama. A people that had primarily earned their living as subsistence farmers now gained most of their income from the canal, employing about 3,500 US citizens and some 10,000 Panamanians.

The New York artist William B. Van Ingen was commissioned to re-create the construction of the canal by chief engineer George W. Goethals. Van Ingen had achieved considerable fame for his murals in the Library of Congress in Washington, D.C. and the U.S. Mint in Philadelphia. For the Panama Canal he painted a series of murals covering about 1,000 square feet in four scenes which vividly portray the Gaillard Cut at Gold Hill, where the canal passes through the Continental Divide; the building of the spillway of Gatun Dam, which dams the Chagres River to create the Gatun Lake; construction of a Lock Miter Gate; and the Miraflores Locks near the Pacific entrance to the canal. 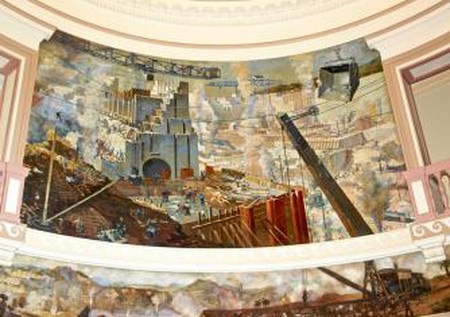 To complete the work, Van Ingen had the help of two assistants, C.T. Berry and Ira Remsen. During two visits to Panama in 1914, they made charcoal sketches of the canal site and of the construction work. Van Ingen then painted the murals on separate panels in his New York studio. The panels were shipped to Panama and installed over a 3-day period in January 1915 under the artist’s personal supervision. The paintings have the distinction of being the largest group of murals by an American artist on display outside the United States. W. Goethals is credited with having the foresight to ensure that a record of the monumental labour involved in the building of the canal was preserved in this art form, so that all who come after might not only marvel at what was accomplished, but would also appreciate the sheer commitment of the workers and all who have been involved, throughout the years, in its operation and administration.

The murals were restored in 1993 by art conservator Anton Rajer, of Madison, Wisconsin. During the conservation effort, over 22,000 cotton swabs were used to clean the murals of dirt and grime, as well as old over-paint that was covering many areas of the mural. Today the murals can be seen in the Panama Canal Administration Building.

The Path Between the Seas

In 1977 the noteworthy historian and author David McCullough wrote The Path Between the Seas: The Creation of the Panama Canal, 1870 – 1914. His history on the Panama Canal is a brilliant and in-depth telling on the vision and size of the project. 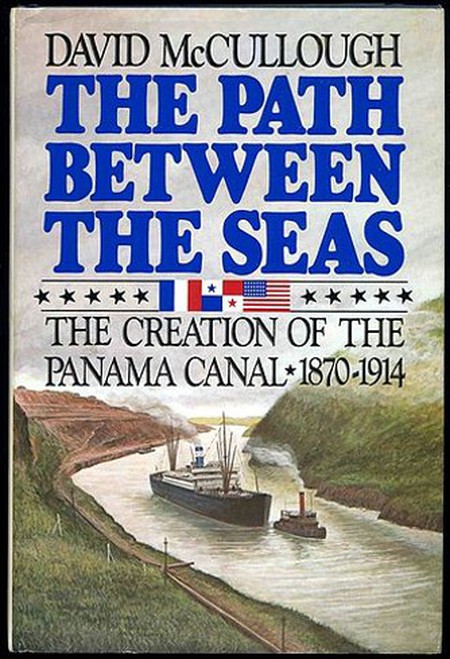 McCullough covers lesser known information such as the story of how tens of thousands of French families invested their life savings in the stock of a company that had no plans for the actual canal, very little good data of conditions on the isthmus, no idea of the amount of earth required to be removed, and no budget that would pay for the grand adventure. After spending the 1870s and 1880s mired in the jungle, losing tens of thousands to disease and accident, and raising increasingly more expensive capital in desperate gambles to stay afloat, some of the project leaders were consequentially shadowed by shame, ignominy and were even jailed.

Evidence strongly suggests that US president Theodore Roosevelt made a revolution in Panama to win the then Colombian province away from a country that could not come to terms with the United States on acquiring the rights to dig the canal. He then ensured, through the use of highly skilled and able administrators, that the organization, logistics, financing and authority existed to make what for years stood as the world’s largest construction effort. The success also greatly rested on William Crawford Gorgas and his partially successful efforts to battle disease: yellow fever, malaria and a host of others illnesses that had cost upwards of 200 of every thousand the French employed a generation earlier.

McCollough brings scores of fascinating personalities to light and tells of the financial and great political battles that attended all of the stages of the canal effort. The engineering and workings of the canal are simply and clearly laid out and the important efforts to improve sanitation and fight the mosquito borne diseases are succinctly explained. He perfectly illustrates how that age relied more upon enthusiasm, idealism and optimism in the pursuit of grand efforts than todays’ much more careful and measured era. The Path Between the Seas won the U.S. National Book Award in History, the Francis Parkman Prize, the Samuel Eliot Morison Award and the Cornelius Ryan Award.