A Brief History of Omar Torrijos 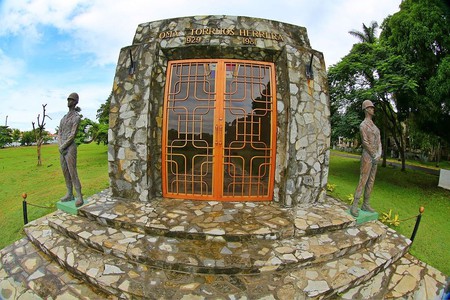 Omar Torrijos was the dictator of Panama who negotiated the Panama Canal Treaties with the United States, which ultimately led to Panama’s control of the world-famous canal on December 31, 1999.

Torrijos led Panama for a decade, from 1968 to 1978, under his dictatorship. He was one of very few Latin American leaders to visit Fidel Castro in Cuba.

Though corruption and drug trafficking increased, positive results of his ruling included the expansion of social services, the suppression of leftist labor agitators, and Panamanians of African descent filling more prominent government roles.

With the transfer of the Panama Canal and Canal Zone to Panamanian sovereignty as his main objective, Torrijos achieved his goal. On September 7, 1977, he and United States President Jimmy Carter signed two treaties to officially initiate the gradual transfer of power. 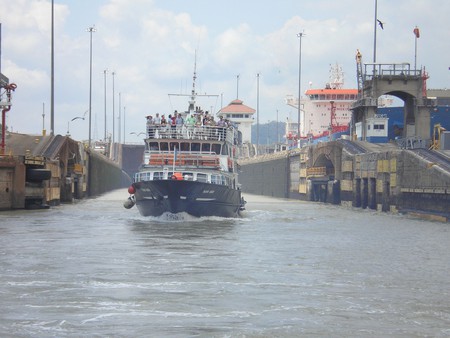 Born Februrary 13, 1929 as Omar Torrijos Herrera in Santiago de Veragua, Panama, he attended a military school in El Salvador. He also studied military-related subjects in the United States and Venezuela.

In 1952, Torrijos was commissioned second lieutenant in the National Guard of Panama, the country’s sole military force. In 1966, he became lieutenant colonel, then colonel in 1968. In October of 1968, Torrijos participated in a coup by the National Guard, overthrowing President Arnulfo Arias. At this time, Torrijos emerged as leader of the new military, obtaining the title, Chief of Government and Supreme Leader of the Panamanian Revolution. Torrijos became brigadier general in 1969.

Upon the election in October 1978, Torrijos declined to run again for another term of presidency. He kept command of the National Guard.

On July 31, 1981, Torrijos was making a military inspection tour when he died in an airplane crash in the jungle of Penonome, Panama. He was 52 years old.

In 2004, Torrijos’ son Martin was elected president of Panama.