7 Muscians from Panama You Should Know 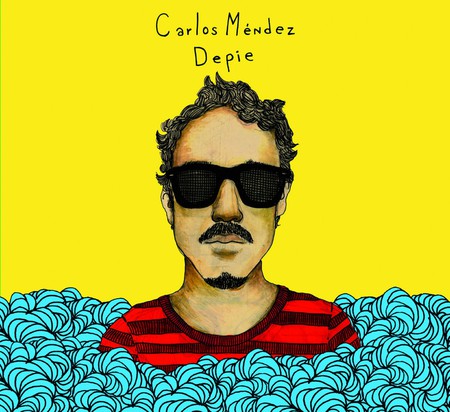 With a rich heritage made up of European, African and Indigenous influences, Panama is a musical melting-pot. With a growing jazz scene, as well as cambia, reggae, pasillo, salsa, rock and other musical genres, the country is home to some extraordinary and influential musicians. Here are 7 musicians from Panama that you should know.

Cienfue (aka Camilo Navarro) is a guitarist and singer from Panama whose music is a fusion of Latin-American rock, popular rhythms, reggae and electric guitar. His lyrics are often socially engaged as he tries to speak out for those who are not heard. With a big following in Latin America, he is a pillar of Latin MTV.

Panama’s most popular cult band, Señor Loop have released 4 albums over the past 20 years, performing at some of the biggest festivals in Latin America. Their last album, Vikorg, was mixed by Terry Brown, famous for his collaborations with Jimi Hendrix, Rush and the Rolling Stones. Their music has sold nationally and internationally, and their 2008 album MCMLXXXIII earned a 4-star rating by the Rolling Stones Magazine.

Joshue Ashby is a young Panamanian musician, fellow of the Berklee College of Music, member of the National Orchestra and music teacher at the Peréz Foundation. Founder of the band Joshue Ashby C3 Quartet, his mission is to bring happiness to the public and to motivate young people by showing that with passion and determination anyone can live a dignified life.

Four times a Grammy-award nominee, Danilo Peréz is the most influential of all Panama-born musicians. A pianist and jazz composer, Peréz has performed with some of the world’s biggest talents including Dizzy Gillespie, Jack deJohnnette and Tito Puente. His foundation, the Danilo Peréz Foundation, aims at teaching music to underprivileged children. Peréz dreams of turning Panama into the jazz capital of Latin America.

Carlos Mendez is a singer and songwriter from Panama who started performing in small venues and gained success through word of mouth. After touring in Central and Latin America, he released his first EP in Buenos Aires, followed by the albums De Pie and Mar.

Ruben Blades is a Panamanian singer, songwriter, actor, and activist who has been producing and performing Afro-Cuban, salsa and Latin jazz sounds. His music is politically engaged and aims to creatively engage his audience. He has won eight Grammy awards.

Sherly Mala is an upcoming Venezuelan singer and songwriter based in Panama. A self-taught guitarist, her influences include Drexler, Jack Johnson, John Mayer, Jason Mraz, Pablo Alborán, Cerati, and Gloria Estefan. Her voice, strong and delicate at once, brings together Latin rhythms, folk, reggae, and electronic sounds.

Considered by some as one of the founders of reggae in Spanish, Edgardo Armando Franco, also known as El General, produced some of the first Latin mainstream dancehall songs such as “Te Ves Buena” and “Tu Pun Pun”. His music was also an early precursor of Reggaeton.