11 Panamanian Bands You Must Listen to 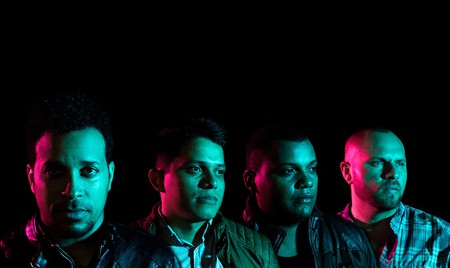 Panama is home to many unique sounds and sweet rhythms of talented bands. Many are under the radar, but over the top in talent factor. Music to the ears of many, popular locations for live music such as El Apartamento y El Sotano, La Piña Calavera, and Hard Rock give way to the most epic music makers. Check out these 11 bands you need to listen to right now.

Leroy Bruster leads this alternative rock band offering more than just music for music’s sake. Instead, SHOKED offers a meaningful message with each song they write. Founded in 2001, SHOKED began with the idea in mind of encouraging positivity through their powerful lyrics. A fusion of different styles, including rock, punk, grunge, and hip hop, SHOKED recently won the 2017 Hard Rock Rising Award in the famous Battle of The Bands competition. 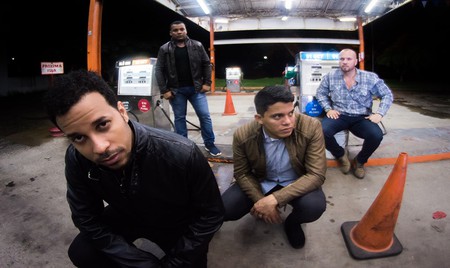 This incredible band of alternative soul music is an eclectic mix of funk, R&B, rock, hip hop, jazz, and soul. With intense energy and passionate, professional musicians, Luci & the Soul Brokers has been invited to perform at numerous music festivals, including Panama’s BudFest 2017, Aruba’s Caribbean Sea Jazz Festival, the International Film Festival, and many more.

Panama’s most representative reggae band and one of the most influential in the region, Pureza Natural translates to “natural purity.” This talented band is as chill as they come. Perfect for coasting through traffic on a drive home from work or to your next destination, whatever it may be, or even listening to on the beach over a beer or three, Pureza Natural puts the vibe of peace front and center. Sit back, relax, and take in the sweet sounds of Pureza Natural.

Described as reggae-punk, Los Rabanes is a Grammy-winning fusion band from Chitre, Panama. Two decades together and eight albums to show for it, Los Rabanes won the Latin Grammy for Best Rock Album, the first band from Central America to win, ever. The fun band formed in 1992 and continues to share their incredible, infectious sound with the world.

Headliner for the 2017 BudFest music festival hosted at Hotel Riu, Cage9 is an incredibly popular Panamanian rock band. Having packed the house, wall to wall, for the annual Budweiser music festival, the favoritism was evident as everyone sang along, thoroughly immersing themselves in every single song sung. Cage9 has released nearly 100 songs across six albums. Founded in Panama, the band’s home base is now Los Angeles, California.

Since their debut concert in December 2015 at Panama City’s local hotspot venue, El Sotano, Entre Nos has been unstoppable. A sound that combines reggae with rock and funk, Entre Nos offers a groovy, fresh beat with horns and hot lyrics to liven up any vibe. Perfect for a mood boost or a party playlist, Entre Nos has a smooth sound that can blend with any backdrop.

A Panamanian band list is incomplete without the mention of Señor Loop. Famously known as Panama’s most popular cult band, Señor Loop is melodic machine of rock music peppered with soul, funk, and Caribbean rhythms favored by listeners at home in Panama, Costa Rica, Guatemala, and beyond. The influential group received a four-star rating with Rolling Stone magazine upon the release of their third album, MCMLXXXII. 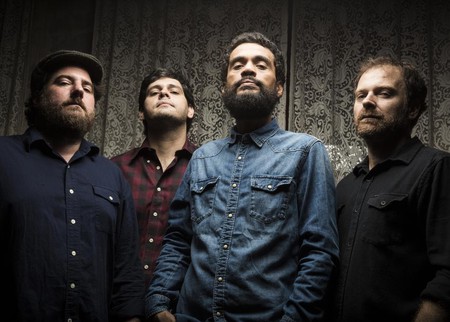 Among Panama’s favorite rock bands, Polyphase is an independent, energetic, alternative rock quartet. Since forming in Panama in 2003, Polyphase has performed at SXSW Music Festival in Austin, Texas, NXNE in Toronto, Canada, and throughout Costa Rica, Mexico, and Colombia. They have shared the stage with Thirty Seconds To Mars, Bad Religion, 311, Limp Bizkit, as well as fellow Panamanian bands, Cage9 and Los Rabanes.

Since 1985, Nando Boom has been bringing the beats that make hips sway uncontrollably. Lead singer Fernando Orlando Brown Mosley is called a pioneer of reggaetón and one of the most important figures in the evolution of Latin music and its dance moves. It is rare to enter any nightclub in Latin America without hearing Nando Boom’s most popular songs.

Playa means “beach” and the name of this band is fitting as their music offers a unique sound reminiscent of a great party on a slice of white-sand paradise. The psychedelic, indie music is funky, fun, and freeing as listeners enjoy the mesmerizing, rhythmic sounds of Playa—a sweet escape by way of music.

Mecanik Informal has a unique romantic twist on classic reggae music. This band will make you chill out as you move your hips to the sound that’s a bit like salsa meets reggae. The classic festive party vibe is sure to keep your feet moving and the feel-good spirit alive and well.