10 Things to See and Do on the Azuero Peninsula

Playa El Arenal, Panama | © Pesasí consultant / WikiCommons
Acting as a repository for the country’s traditions, farming and folkore, the Azuero Peninsula is Panama’s heartland. Besides a rich history, best visible in the architecture and celebrations that are central to the region, it is also a favourite destination for surfers and nature lovers. Discover the 10 best things to see and do in the Azuero Peninsula and make the most of your stay in this undiscovered region.

Uncover the charms of Pedasí

Pedasí is a picturesque little town in the Azuero Peninsula, with tiled floors and Spanish colonial architecture. One of the best ways to unveil its beauty is by bicycle, cycling from the town center all the way to neighbouring villages. The charming Pedasí is a great base to explore the region’s beaches and nature, and is becoming an increasingly popular destination.

Take a boat to Isla Iguana

Only 8 kilometers off the coast of Pedasí lies Isla Iguana. With turquoise water, white sand beaches, mangroves and an exciting underwater life to discover on a snorkelling tour, it is a perfect day trip (though not the cheapest one). Make sure you visit both Playa El Ciral and Playita El Faro, two of the most beautiful beaches of the Azuero Peninsula.

Villa Camilla is a seven-room inn built by French designer Gilles Saint-Gilles. With a magnificent stone-paved courtyard, a circular fountain and tile floors, the house functions as a private boutique hotel where meals are casually served by the pool. Though the charm and elegance of the place come at a cost, it is definitely a treat worth the detour for travellers looking for a luxury experience in the Azuero Peninsula. 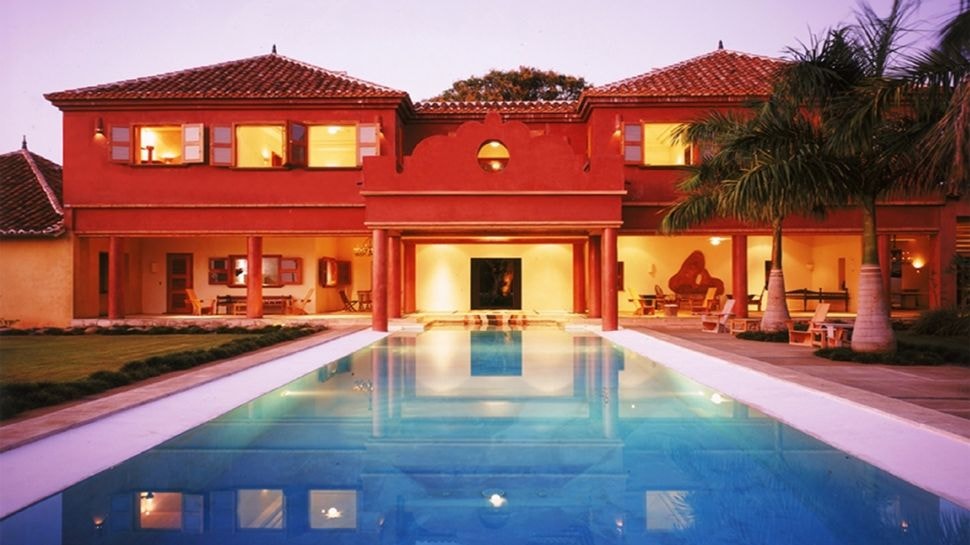 Beach hop by the Pacific

The Azuero Peninsula is surrounded by beaches that are great for both surfing and relaxing. Some of the best ones around the area of Pedasí include the long golden-sand beach of Playa del Toro, Playa El Lagarto, famous for its fantastic body boarding breaks and Playa Arenal, where you can get a boat ride to Isla Iguana.

Explore the natural marvels of Combutal

Surrounded by one of the peninsula’s few coastal forests, Playa Combutal is also close to the Cerro Haya National Park. Perfect for surfing, kayaking, horseback riding and to see baby turtles, it is also one of the most untouched areas of Panama and home to the endangered scarlet macaws.

Playa Venao is one of Panama’s hippest beach towns. Besides being one of the country’s best surfing spots, the beach village has developed a really cool vibe with lots of hostels and venues where the action continues long after sunset.

The most awaited celebration of the year, Carnival in Las Tablas is the biggest party of the year. With an explosion of colours, costumes, and four days of non-stop parades, it is the most impressive display of Panamanian culture that brings together people from all walks of life and all ethnic groups.

Spend a day in Chitré

Chitré is the capital of Herrera, a province that forms part of the peninsula, known for its beautiful plazas, churches, parks, bakeries, and for the Museum de la Herrera, an anthropology museum. Discover the city by foot and get to meet the locals to get a sense of the slow pace of life and relaxing lifestyle that is so unique to the area.

Chitré’s Cathedral of San Juan Bautista is a beautiful testimony of Spanish colonial architecture in the Azuero Peninsula. With frescoes and statues, the church is dedicated to the town’s patron saint and hosts religious celebrations all year round. A must-see when visiting Chitré.

Park
La Mochila, Sarigua National Park | © Milton Villareal / WikiCommons
The arid Sarigua National Park is a very peculiar place in Panama, which is otherwise known for being covered in rainforest and lush vegetation. Also known as the Sarigua Desert, the national park is divided between a semi-deserted area, fragmented soils and the seashore. The area, which is the oldest pre-Columbine settlement in Panama, is inhabited by pelicans, scorpions, kingfishers and grasshoppers.
More Info
Open In Google Maps
Paris, Panama
+50769125072
Visit website