The Best Films That Will Teach You About Nicaragua's Civil War 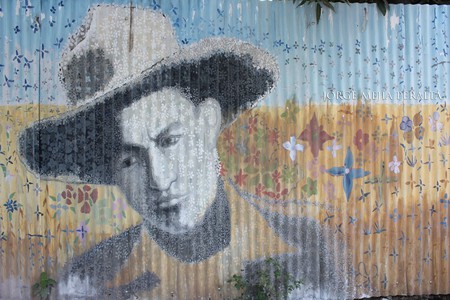 Nicaragua has suffered a turbulent recent history, with Sandinista revolutionaries bringing down the Somoza dictatorship before a US-backed Contra insurgency tried to kick them out of power. Here are some of the best films that will help you get a better idea of what happened in the country.

This 1982 film by Chilean director Miguel Littín was nominated for a Best Foreign Language Film Academy Award, the only time a film set in Central America has gained that distinction. The story follows a young Nicaraguan boy whose village is taken over by American troops, throwing him into the conflict.

Released in 2013, this film tells the story of two girls in exile with their Sandinista parents in Costa Rica. Forced to adapt to new surroundings, the family live a double life and have to deal with questions of loyalty to the movement they gave so much to.

British director Ken Loach made this acclaimed film in 1996, in which a young Nicaraguan woman moves to Glasgow to escape the war. In Scotland she meets a bus driver and falls in love, and eventually the pair return to Nicaragua to search for the family she left behind.

This arty film looks at how the Sandinista revolution failed to deliver on its promises to improve conditions in Nicaragua. It has been described as a cinematic poem, and it certainly makes for interesting viewing.

In this 1985 film, a Mexican-American veteran of the Vietnam War ends up training Contra rebels to battle against the Sandinistas in Nicaragua. Things get complicated when the veteran falls in love with a local woman whose community has been affected by the Contra operations.

German director Werner Herzog uses this documentary to look at the child soldiers who were recruited to fight in 1980s Nicaragua. It follows boys from the Miskito indigenous community who were trained to battle the Sandinistas.

A documentary looking at repression of the Miskito indigenous groups, this 1986 film was directed by Lee Shapiro. A year later he was killed in Afghanistan, making this his only feature film.