Nicaragua's Exotic Fruits and Where to Find Them 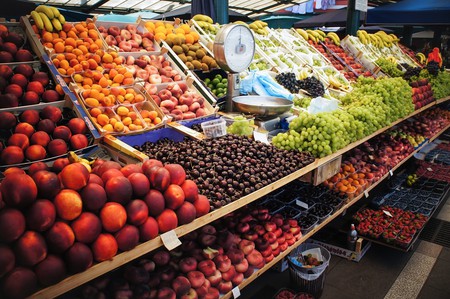 If you love trying new foods, Nicaragua is a great place to visit. As well as some tasty traditional dishes, the country produces a whole range of exotic fruits. Here are some of the best ones to try when you’re in the markets.

These incredibly sweet fruits are often served after dinner. They are generally about the same size as a baseball, with a thin grey rind that hides a yellow/pink pulp. If the pulp is red, it’s ready to eat. 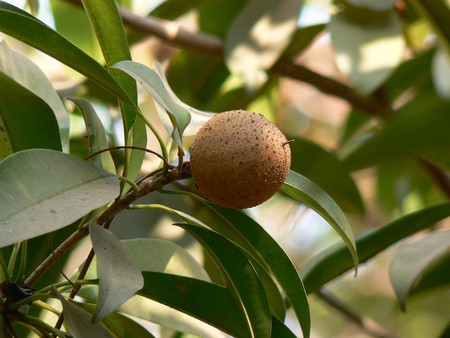 This fruit is turned into a dark brown paste before consumption, usually as a juice. It’s a common flavour for soft drinks in Central America, but try and get your hands on some natural stuff.

Also known as “mombin,” these fruits can be eaten when they’re ripe or unripe. There are many different species of jocote that grow in Nicaragua, with different harvesting seasons. Keep your eye out for street vendors selling bags of jocote at intersections or service stations. 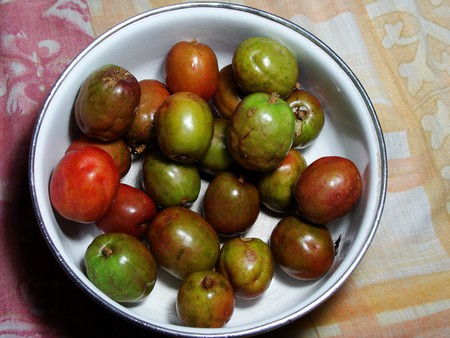 Travelers who spend time on the Caribbean coast of Nicaragua will likely see breadfruit for sale. It was introduced by the British, who brought it over from Nicaragua. It tastes a bit like bread, and is sometimes used to substitute for it.

This fruit grows on a cactus plant and is used to make juices or fruit salads. You will find several different varieties of pitaya in Nicaragua, and the fruit is a popular choice among locals. 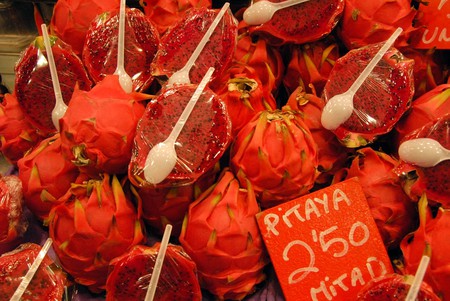 This large soft fruit has a reputation as an aphrodisiac. It’s usually used in fruit salads, or turned into marmalade. Don’t eat too much of it at once though; supposedly it’s quite difficult to digest.

Related to the sapodilla, star apples are around the same size as an orange. Different varieties have various colours, such as green rind with white pulp or purple rind with purple pulp. Make sure you remove the rind before eating, but don’t worry, you can eat the seeds.