A Solo Traveller’s Guide to Nicaragua 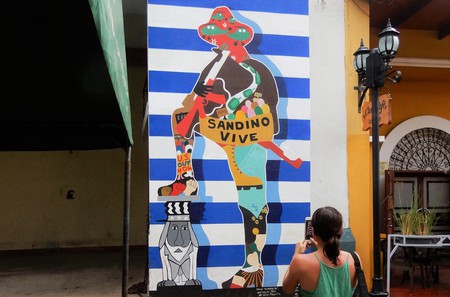 Recognised as one of the safest countries in the Americas, Nicaragua is a great destination for travellers who want to head out on their own. Whether you want to wander around colonial cities steeped in history, hike up – and board down – active volcanoes, learn to surf on Pacific beaches, watch birds in pristine parks, study Spanish, or volunteer your time and energy to make a difference, Nicaragua has loads to offer the solo traveller. It can be daunting to start a journey on your own, however, so read on to learn the basics of going solo in this exciting Central American country.

Every useful word and phrase in Spanish you can learn before you set foot in Nicaragua is a bonus for a solo traveller. It’s true that in tourist hotspots like Granada, León, and San Juan del Sur, you can get by with English, the odd word in Spanish, and a bit of Jim Carrey miming. On Nicaragua’s Caribbean coast and on the Corn Islands, most people speak English Creole, which makes things easier. And in surf camps or upscale resorts like Mukul, Jicaro Island Lodge, and Morgan’s Rock, you’ll find no problem being understood. However, on the Pacific side of the country and in the central highlands, the more Spanish you speak the more meaningful your interactions will be with the people you meet. 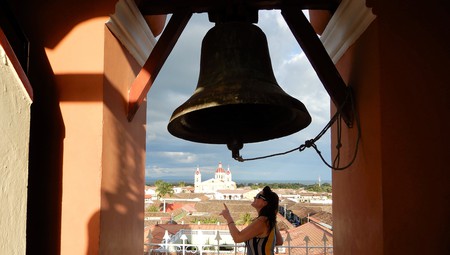 Granada is steeped in history | yes

Pick up some Nica speak

Resorting to a phrasebook or Google translate can be a buzz kill when you want to communicate naturally, and Nicaragua has its own unique words and phrases that define the culture and make it unique. Learn to speak a few words like a local, and your efforts will be appreciated. Most people offer a simple hola (hello), or buenas (good day, afternoon, evening) as a general greeting to all they meet. Follow suit and you’ll probably get a smile in return. A quick browse of the baseball caps and T-shirts on sale at street markets will arm you with colourful local phrases like “Oe, prix” (Hey, mate!), “Dale pues, Chele!” (Go for it, white boy!), tuani! (good, excellent), and the classic surfer refrain, diacachimba (cool!). 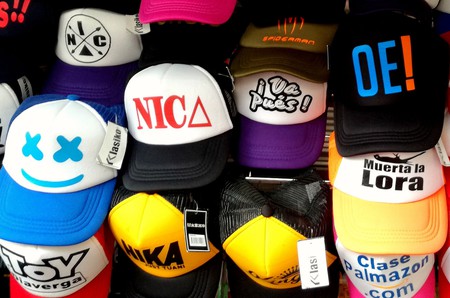 If you really want to get under the skin of the country, you should sign up for formal Spanish classes for a few days or a week at the start of your trip. Nicaragua is one of the cheapest places to learn Spanish in Central America, and there are good schools in Granada, León, and San Juan del Sur. Taking a class is a great way for solo travellers to meet locals and get an immersion in Nicaraguan culture. Most schools offer home stays with families, where you’ll get a taste of traditional food and learn some new recipes, as well as gaining an invaluable insight into the daily lives of local people.

Travelling around in Nicaragua is fairly easy and fares are cheap. In big cities, get your hotel or hostel to call you a cab, or use an official taxi with a red-bordered license plate, and always agree a price before getting in as there are no meters. Smaller towns are serviced by swarms of tricycle taxis and tuk-tuks called caponeras, and travelling in them is an adventure in itself. For longer distances, prepare yourself for a chicken bus experience in one of the old yellow school buses from the US that have been pimped up and painted in bright colours. For very long journeys chicken buses can be hard on the knees, but are a great way to meet Nicaraguans who chat on the bus with strangers as if they were chatting with neighbours on the stoop of their house. For the Corn Islands you should budget for a flight to make the most of your time there. 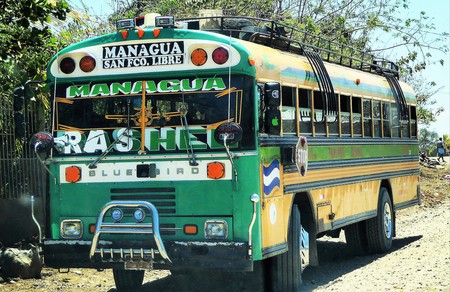 The large numbers of backpackers and volunteers visiting Nicaragua over the last 20 years has spawned a vibrant hostel scene in all the main hangouts, so it’s not hard to find a cheap dorm bed and friends to share a local beer and a night of travel tales. A spike in tourist arrivals has also seen the growth of more upscale boutique hotels catering to travellers who want to do Nicaragua in style. More recently, exclusive beach resorts, wellness centres, and luxury island hideaways have opened on the Pacific Coast, Lake Nicaragua, and the Corn Islands. So expect a wide range of hostels, hotels, and upmarket resorts in Nicaragua catering for every style of traveller. 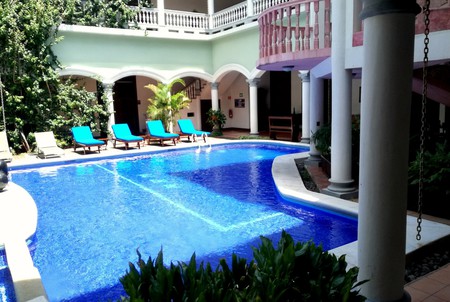 Enjoy adventures with others

Some things are best done in groups, especially given the many adventure pursuits and wilderness opportunities available in Nicaragua. Volcano boarding on Cerro Negro, canyoning in Somoto, kayaking around Isla Ometepe, or trekking in the Miraflor Natural Reserve are all best done on a tour. Compared to neighbouring Costa Rica, tour prices are very reasonable, and you get the added bonus of meeting other travellers and sharing an adventure. When heading into the wilderness, always travel in a group and make sure you let people know where you are going and for how long. Take plenty of water and a hat, and pack snacks, sun screen, and insect repellent. 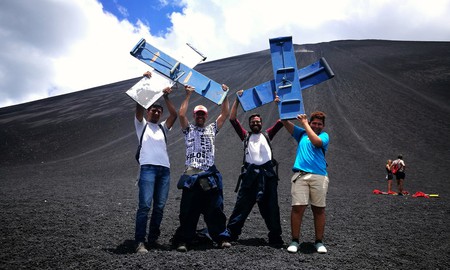 Nicaragua may have a reputation as one of the safest travel destinations in the Americas, but that doesn’t mean you should let your guard down. Take common sense precautions and always heed local advice. Thefts when they do occur in Nicaragua are generally opportunistic, so keep wallets and phones tucked away when browsing in markets, or waiting at bus stations, and keep an eye on cameras and bags. At the beach, if you want to swim and surf in peace, it makes life easier if you can buddy up with other travellers and take turns to watch each others’ valuables.

Volunteering has been big in Nicaragua since the 1980s when Brigadistas from solidarity groups all over the world came to help the nascent Sandinista government with literacy campaigns, coffee harvesting, and reforestation programmes. Hollywood stars like Susan Sarandon, Halle Berry, Amanda Seyfried, and Malin Akerman have all lent a hand to volunteer projects in Nicaragua in the past, and there are excellent opportunities to get involved in educational, environmental, and poverty-reduction programmes. Start with a trip to Café de Las Sonrisas in Granada, where a Spanish-born philanthropist called Antonio Piero has set up Central America’s first deaf café. Or just visit a local school and ask if you can help the students with their English. International groups like the Nicaragua Solidarity Campaign in the UK can put you in touch with volunteer programmes, but everywhere you go in Nicaragua you will find hotels, hostels, and tour agencies with details of programmes looking for assistance. 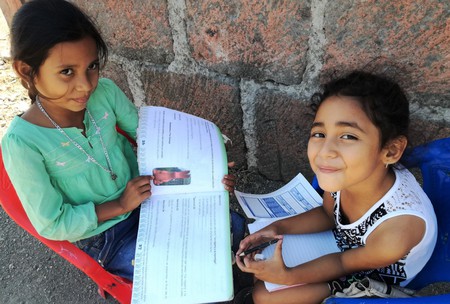 Don’t get lonely, get busy

It can be hugely empowering to travel on your own in a foreign country, but there can also be times when you can feel lonely or left out. Make sure to leave space in your itinerary to treat yourself with a pamper day at a beach-side spa, or have a relaxing chocolate massage in Granada. Do something unusual you’ve always wanted to do. Take a surfing class, join the coffee harvest on a small collective farm, or help to monitor endangered turtles as they lay their eggs on a remote beach. All these experiences and many more are available and affordable in Nicaragua. With new attractions springing up in Managua, even the capital is becoming tourist friendly. 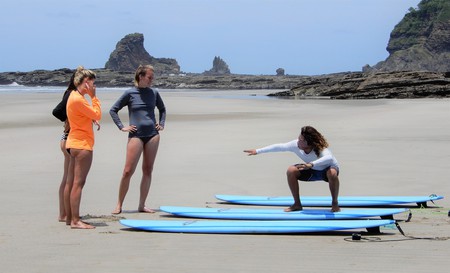 Solo travel has never been so popular, especially among women travellers who are attracted by Nicaragua’s safety record, and if you do your research – and have a few accommodation options booked before you fly – you will find that Nicaragua is a stimulating, welcoming, and life-affirming destination that delivers dramatic landscapes, tasty traditional dishes, abundant wildlife, and authentic adventures around every corner.