7 Musicians You Need to Know From Nicaragua 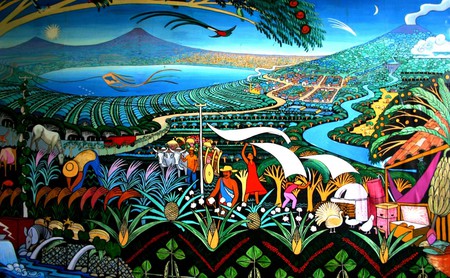 Heading to Nicaragua? Listen to these famous musicians, who are some of the biggest musical stars coming out of the Central American nation.

These two brothers were the biggest names in the Nueva Canción (New Song) movement of the 1970s, which was so successful during the Sandinista revolution. Their music is famous across the country and you can still hear them play live today at La Casa de los Mejía Godoy in Managua.

This contemporary band is part of the new wave of Nicaraguan music and three of its members are from the Mejía Godoy family. Though the band’s songs aren’t as overtly political as those of the older generation, they are just as popular.

Though he left the country when he was three years old, DJ Craze has represented Nicaragua throughout his career. As winner of the DMC World DJ Championship for three consecutive years from 1998 to 2000, DJ Craze is one of the best turntablists in the business.

Reggaeton is popular in Nicaragua, but its artists haven’t gained as much notoriety as those from Puerto Rico or Colombia. J Smooth is perhaps the biggest name in Nicaraguan reggateon, born to native parents in Los Angeles.

Singer Lya Barrioz has been making music since 1989, both as a solo singer and in various groups. She is also an actress and environmental activist who retains a high profile in her home country.

The 62-year-old singer focuses on the traditional trova style and has released countless songs. He also runs his own record label, Zungu Music, and has performed around the world.

One of the pioneers of the salsa romántica movement in the 1980s, Luis Enrique has won multiple Latin Grammy awards for his solo work and his work with the group Sensation 85.