7 Films You Must See Before Visiting Nicaragua 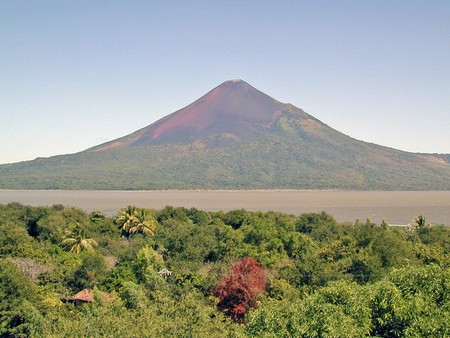 Nicaragua has recently seen its first home-grown productions make it to the big screen, thanks to the French-born director Florence Jaugey. Previously, movies about Nicaragua have been either blockbuster action flicks set against the backdrop of the Sandinista revolution or social-message movies highlighting the humanitarian tragedy visited on Nicaragua by US intervention. To give you a know-before-you-go insight into the country’s troubled past and a little peek at the present, we bring you seven of the best movies filmed in Nicaragua.

This is one of those movies that is so wild and out there that it makes The Bourne Identity look like a documentary – until you realize that it’s actually broadly based on fact. Adapted from a book by Nick Schou and starring Jeremy Renner, it tells the story of an investigative journalist called Gary Webb, who uncovered links between the CIA, the US-backed Contra rebels trying to bring down the Sandinista government in Nicaragua, and the huge shipments of cocaine that flooded the USA at the time, kick-starting the crack-cocaine epidemic that ravaged poor neighbourhoods of Los Angeles.

British director Ken Loach’s film follows a happy-go-lucky Scottish bus driver played by Robert Carlyle who falls in love with a Nicaraguan refugee in this cross-cultural romance shot in Glasgow and Estelí. The slow-burning spark between the two ignites when they arrive in Nicaragua in search of her old flame, and they are thrust into the thick of the fighting against the encroaching Contras.

This is an evocative and faithful representation of the most important historical moments in the life of General Augusto C Sandino, Nicaragua’s greatest national hero; it’s a shame that it is not more widely available in a subtitled version. Chilean director Miguel Littin covers Sandino’s story from his birth in 1895 as the son of the owner of a coffee plantation, through his successful campaign to rid his country of an occupying US marine force, and his abduction and murder in 1934 by members of the Guardia Nacional on the orders of the future dictator Anastasio Somoza Garcia.

In Under Fire, Nick Nolte, Gene Hackman, and Joanna Cassidy play war correspondents covering the final days of the Sandinista uprising against the rapidly crumbling but still brutal Somoza regime. The decision to make the three US journalists the heroes of the story seems odd, given the real sacrifices made by the Sandinistas and the ordinary men, women, and children who took to the streets to topple the dictatorship in their country, but the story is gripping and atmospheric enough. Despite being set in a real revolution, it’s worth noting that the rather bizarre plot hook featuring a dead guerrilla leader called Rafael is entirely fictional.

The weirdest movie ever made in Nicaragua, Walker is also one of the best. Punk director Alex Cox, of Sid and Nancy and Repo Man fame, goes overboard to hammer home the parallels between the attempts to annex Nicaragua by the 19th-century filibuster William Walker and the aggressive US intervention policies pursued under Ronald Reagan in the 1980s. The result is a flawed historical drama that gives Ed Harris as Walker few opportunities to rise above the one-dimensional character he plays, but is still a worthy window into one of the most extraordinary episodes in Nicaragua’s tumultuous history.

Nicaragua’s first locally produced feature film focuses on a young girl called Yuma who comes from a poor neighbourhood of Managua and dreams of one day becoming a professional boxer. Directed by French-born director Florence Jaugey, who first came to Nicaragua in 1984, the film highlights Yuma’s struggle to break away from macho stereotypes that consign women to subordinate roles. Boxing lets Yuma channel the frustrations in her life and focus on a future where she can be free.

Sexting and cyber-bullying have made headlines all over the world as mobile phones and social media have increased both the power of individuals to reach out to others, and the vulnerability of those targeted online. Florence Jaugey’s second feature is a cautionary tale about a young girl who grudgingly allows her boyfriend to film a stolen moment on his phone, only to see her life collapse as the video of their encounter is shared around town.