Reconciling Hope and Violence in a Failed State: Federico Rosa Takes Our Questions

If you thought Christopher Nolan and Felix Gonzáles Torres shared nothing, Honduran artist Federico Rosa will prove you wrong. Both have inspired him, and the artist tells us how comic books sparked his passion for art and why the landscape of Honduras is present in his work as both a physical experience and a concept. Rosa also shares his thought on garish colours, Damien Hirst and helicopters: a must-read interview. 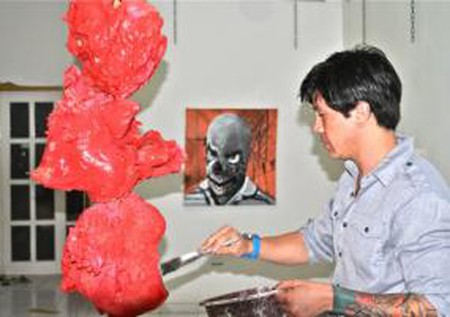 Melissa: Can you tell me a little bit about you? Your upbringing, education, life path…

I was born in Tegucigalpa, Honduras, to a family of lawyers. Like many young kids, I liked to draw, but I never considered it to be anything special until I discovered comic books and graphic novels. It was then that I thought I could do something not everybody could and that it was regarded as special. My relation to ‘fine arts’ as a discrete discipline, however, did not develop until later in life, when I had to choose what to study in university. I told one of my teachers I planned to study Political Science and Law, and she was very surprised: ‘I thought you would study something a little more artistically inclined!’ That was the first time I even considered the possibility of doing arts as a career. Also, the first exhibition I saw was in Boston’s Fine Arts Museum, called ‘Picasso the Early Years’ and I was already 18 (around 1998). I had no direction as to what I wanted to do, or any notion as to what I could do. Should I be a graphic designer, an illustrator? How does a painter make money? These were as much my parents’ questions as my own. I finally got it together (somewhat) and went to art school in London.

How and when did you start producing art?

Like I said, as a boy I probably drew a little better than most kids, but I never thought much of it. I started drawing intensely when I was about 13 or 14, inspired by comic books. I did my first painting, however, when I was 18 or 19. It was around this time that I dropped out of university to decide if I was to be a lawyer or an artist.It took me a while, but by 2000, I was in London, studying Painting full time and loving it. I graduated with a BA in Fine Arts from City and Guilds of London ArtSchool in 2003 and then went on to do an MA in Fine Arts Sculpture at the Slade School of Fine Arts, also in London, in 2005.

How has your work progressed over time?

I was much more reticent about doing painting during art school, focusing instead on installation work. Painting, when I went to art school (2000-2005) needed, it seemed, a lot of conceptual justification, and there were so many other exciting things you could do as an artist that I felt I could do without it.Now I don’t really have that reservation about painting, and it has been the backbone of my practice. Everything I do comes from painting.Over time, I am learning to trust my instincts more. I think in art school you are trained to think about every detail, but my work was always too ‘unrefined’ for that formal approach, because I have a tendency toover-thinkthings. There is a fine line between analysing work effectively and over analysing. The less I think about something, the better. I can’t think myself out of the box, unfortunately. I have to tear through it.

What are your favourite themes?

The concept of violence, whether political, social, or psychological, has been a recurring undertone in my work. This has developed over time: I did not consciously make this decision, I just keep returning to it. However, it often leads me to create work that can be easily dismissed as a cliché or juvenile, but it is extremely pertinent to our concepts as humans – for instance when we speak of power structures, as well as when we formulate our concepts as autonomous individuals, political entities, or beings influenced by unconscious impulses.It thus permeates many aspects of our culture, such as entertainment, consumption, and politics. Even when we speak of art as being a cathartic experience, for instance, there is something inherently aggressive about it. 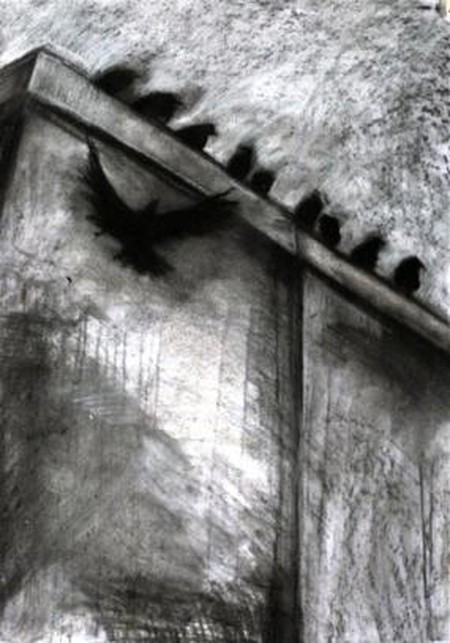 Has Honduras inspired your artistic work? What relationship do you have with your country?

I think Honduras is present in my work in a lot of ways. I use it as source material for much of my imagery as well as the ideas I have about art, society, and politics. The landscape of Honduras is present in my work as both a physical experience and a concept. It is the example of a so-called failed state, permeated by social injustice, poverty, and violence, but it also contains the idea of home and of hope. How do you reconcile these antagonistic concepts? This is a crucial component of my work. On a more practical note, I have always seen Honduras as a place where I would like to develop an exhibition space, which I did for a while, but have not really found the appropriate way to launch it in a way it can have a real impact.

Some of your paintings are quite dark – both in theme and palette – and others display an explosion of bright colours. Can you tell me a little about this striking contrast?

I enjoy colour and brightness, but it possibly has to do with, again, the experience of a landscape like Honduras. You have the brightest colours set against the most bizarre and often grotesque events which you see every day. Also, garish, vibrant colours in Honduras are extremely popular, especially industrial, artificial colours, like bright pink or slime green. This is interesting because even if the subject matter is distressing, the colours can offset this relationship.The darker colours are a more literal, easy way to describe things. It makes things simpler.But both I would say deal with the same issues. 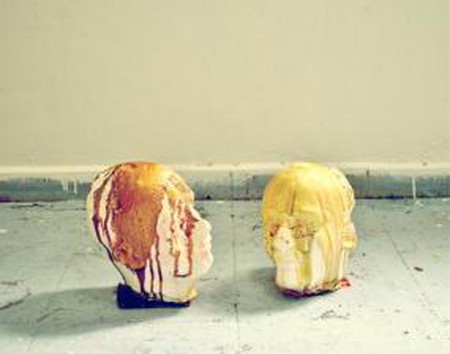 I’m intrigued by the recurring presence of helicopters and planes. Is there any symbolic meaning here?

The presence of helicopters and aeroplanes is something you learn to live with in places like Honduras. Planes and helicopters are a part of the landscape, but at the same time they have a very uncanny quality to me, as if they are these bizarre objects in a science fiction story. For instance, the idea of killer drones, the planes Obama is using to bomb and kill in the Middle East is completely bizarre. The idea of a robotic airplane that is remote controlled and used to vaporize enemies of the state, is straight out of a science fiction film like Terminator 2 or The Matrix. It baffles me that people aren’t amazed by the accuracy of science fiction. Helicopters and Aeroplanes are for me, perhaps what trains were to De Chirico and some of the futurists, vehicles of both danger as well as liberation. We dream of escaping in one of them, but are more often terrified by them.

M: Is there a message (social, political, cultural, even personal) that you are trying to convey through your works? And if so, what would that be? 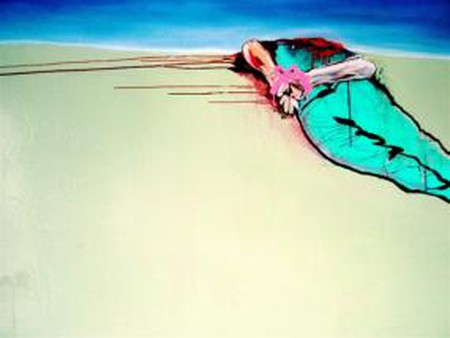 M: Who are the artists/movements that have inspired you the most?

There are a few references to Damien Hirst in your installations. Was that a conscious choice?

Definitely not. I respect Hirst’s work, but objects such as animals and skulls were personal choices uninformed by his work. I was in London at the time I went to art school, so perhaps that was unavoidable. Interestingly enough, more people thought I was referencing the Chapman brothers. On both counts it would be too premeditated on my part.

What is next for you, artistically speaking?

I am trying to be less afraid of the choices I make. Easier said than done. I just hired a studio in Brussels (St. Gilles) and I am excited to see the works that will come out of this place.I will pursue a PhD in Visual Arts next year, hopefully and continue to work on my video editing skills and expanding my technical knowledge of sculpture practices. 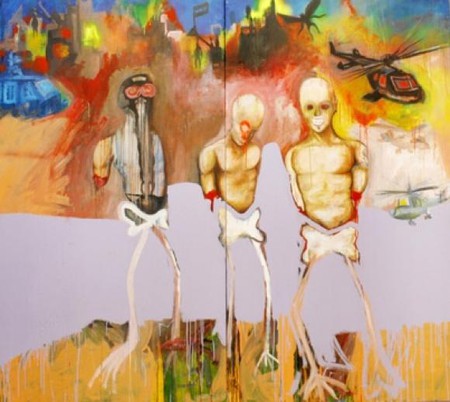