The Most Impressive Buildings in Guatemala City 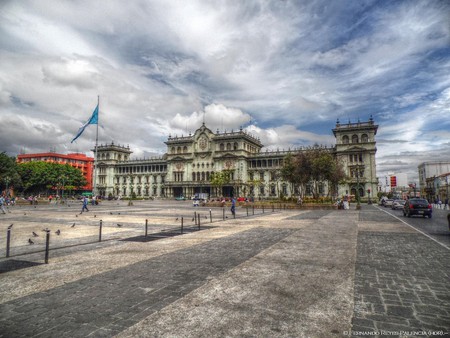 Guatemala City may not be as famous for its architecture as nearby Antigua, but that doesn’t mean there aren’t dozens of spectacular buildings in the capital. From the Palacio Nacional de la Cultura to the Eiffel Tower-like Torre del Reformador, here are the most impressive buildings in Guatemala City.

Guatemala City’s Palacio Nacional de la Cultura was built under the dictatorship of former president General Jorge Ubico, between 1939 and 1943. Located on the north side of the central square, the architectural style is Hispano-Guatemalan Renaissance – essentially a mix between colonial Spanish architecture with a Baroque and Renaissance influence. Today this former government building is owned by the Culture and Sports Ministry. 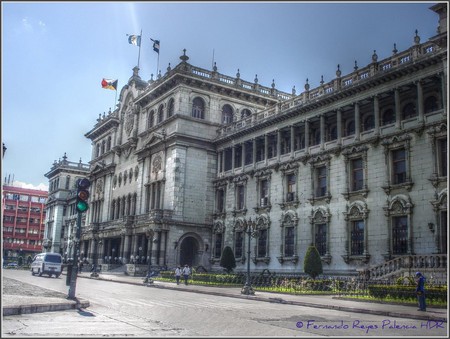 Guatemala’s National Theater is located in the south part of the city. This cultural center was formerly a military fortress, but has since been expanded upon and redeveloped. Named after famous Guatemalan writer Miguel Ángel Asturias, the complex was designed by architect Efrain Recinos and resembles a seated jaguar in a nod to the country’s Mayan culture. It contains both a large theater, the Gran Sala Efrain Recinos, and an outdoor amphitheater, the Teatro Aire Libre, while the roof terrace boasts one of the best views of the city. Take the time to explore the different plazas, salons and pretty gardens – and don’t forget your camera.

The Metropolitan Cathedral is located in the center of the capital, and this neoclassical structure features magnificent stone floors, colonial paintings, grand arches and splashes of gold on the altars. The earthquake-resistant cathedral was finally finished in 1868 after 86 years of work, and the layout of the building is in the form of a cross. There are 12 pillars at the front, each one of which is inscribed with the names of the thousands of people who were killed or who “disappeared” during the Guatemalan Civil War. Inside the cathedral are many spectacular religious icons, carvings and artworks. 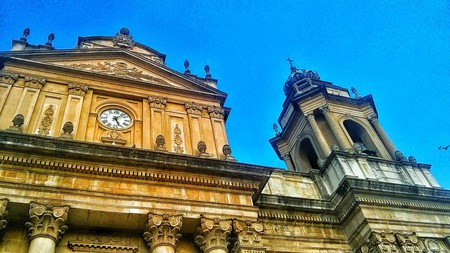 The Biblioteca Nacional is a strikingly modern addition to a plaza that’s otherwise packed with grand colonial architecture. Also built by famous Guatemalan muralist, sculptor, engineer and architect Efrain Recion, this stylish library is home to over 150,000 books and newspapers, and also houses beautiful abstract concrete reliefs and façade work.

This beautiful yellow church is based on the original La Merced church in Antigua and is must-visit for architecture enthusiasts. Built in 1918 in a neoclassical style, there are gold-plated Baroque altars from the original building inside, as well as paintings, religious statues and sculptures from the 17th and 19th centuries. For a period the church was the headquarters for the Guatemalan police force, but these days it’s a museum. 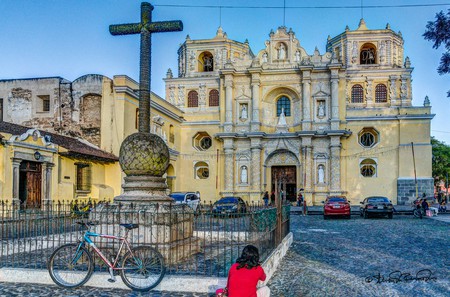 Based on the Eiffel Tower, The Torre del Reformador (Tower of the Reformer) is a 71.85 meter-tall steel framework tower that’s located in Zone 9. Built in 1935 to honor 100 years since former Guatemalan President General Justo Rugino Barrios was born, the tower is a tribute to Barrios’ successful social reforms. The Torre del Reformador was originally constructed with a bell on its top, but this was replaced with a beacon in 1986.