The Best Vegetarian Meals to Have in Guatemala 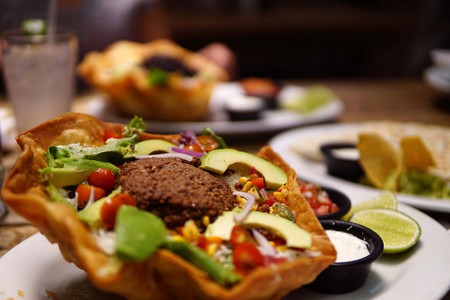 While meat takes centre stage in many traditional Guatemalan dishes, the country also caters well to vegetarians. For the best veggie fare, head up to the highlands: the hippie stronghold of San Marcos and vegetable-growing heartlands around Xela have a wide range of impressive vegetarian and vegan restaurants. Alternatively, here are seven staples you’ll find wherever you travel.

This traditional Guatemalan breakfast consists of frijoles, scrambled eggs, fried plantains and guacamole. It’s delicious, sets you up for a day of exploring and is usually one of the cheapest breakfasts around. No trip to Guatemala would be complete without sampling a few.

Rellenitos are one of several antojitos, or Guatemalan snacks, that are available from street food vendors in every town or city. They consist of mashed plantain, stuffed with frijoles — vegetarians in Guatemala may find themselves eating a lot of frijoles — then fried. They’re usually served up with sugar and cream, but if the combination of sweet and savoury doesn’t appel, other toppings are available. 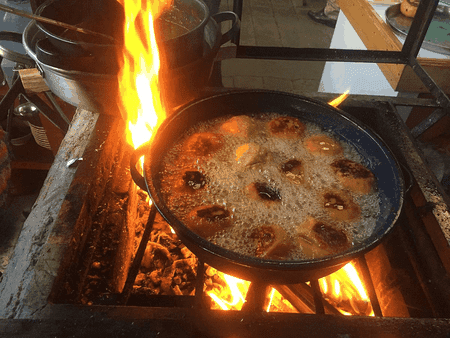 Tamales have been eaten in Guatemala since the days of the ancient Maya, who even believed that humans were made from corn dough. While sometimes stuffed with meat, more often tamales are served sin carne, with cheese, chillies or beans inside instead. The corn dough is then steamed and served up inside a banana leaf for an amazing meal. 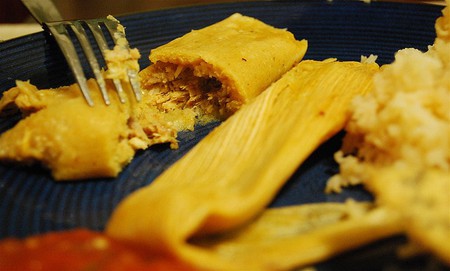 Another antojito that visitors will see served on every street corner, a tostada is a dry, crispy, flat tortilla. What it comes topped with is up to you, with most stalls offering at least salsa, cheese, lettuce, tomatoes and — yes, you guessed it — frijoles. Be warned, though: they’re seriously addictive. 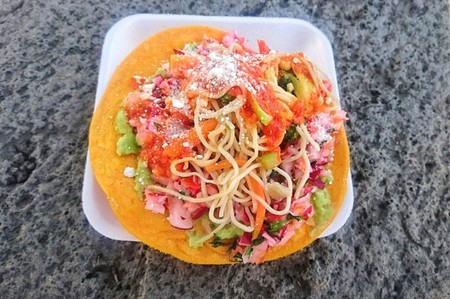 Pan de banana madura, or banana bread, is an absolute staple of Guatemalan cuisine. It’s sold in almost every panaderia throughout the country, and eaten as dessert or a snack. Stock up for a bite that can be invaluable on a lengthy chicken bus ride or hike up a volcano.

The congenial relationship between Guatemala and Israel makes the country a popular destination among Israeli travellers, and means that many Guatemalans can knock up a mean falafel. Middle Eastern restaurants are common throughout Guatemala, and when you fancy a change from Central American food, top-notch falafel can really hit the spot.

Soups are a key part of Guatemalan cuisine. Usually eaten as a starter before lunch, which is the most important meal of the day for Guatemalans, there are a huge number of local soups to try: and many of them are free from meat. What you’ll get varies depending on where you are in the country, and what time of year it is. Winter soups tend to be warm and hearty, while summer soups are often served cold.