Guatemala has inspired films ranging from chronicles of the violent to depictions of the wonders and struggles of the Mayan people. Here are some of the best Guatemalan documentaries you can find. 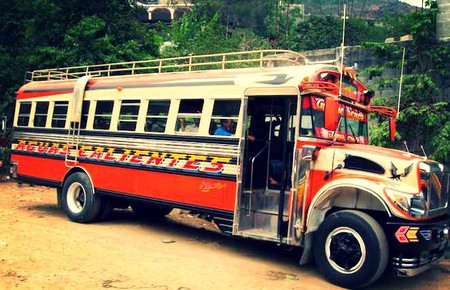 La Camioneta: The Journey of One American School Bus (2012)

Every day decommissioned school buses leave the United States on an expedition South to receive repair and paint job. Eventually they are transformed into vibrantly colored camionetas which will carry Guatemalans to work daily. However, since 2006, local Guatemalan gangs have murdered roughly a thousand drivers and fare-collectors for not paying the demanded extortion money. Mark Kendall tells the story of one such vehicle, depicting its voyage and all of the people, places, and moments with which its path intertwines. A story of interconnection, fear, struggle, violence, La Camioneta speaks to the universality of the human experience as told through the eyes of the courier, and touches on the lives of those involved in its transformation.

Living on One Dollar documents the experience of four American friends who travel to Guatemala and set out to live on one dollar a day for two months in rural Guatemala, and those who give them hope and inspiration along the way. Directors Zach Ingrasci, Sean Leanorad, and Chris Temple weave through narratives of destitution, hunger, parasites, extreme financial distress, and survival to illustrate an unimaginable reality that plagues over 1.1 billion people around the world. Nobel Laureate Muhammad Yunus and Hunger Games director Gary Ross both called this award-winning film a “must watch.” 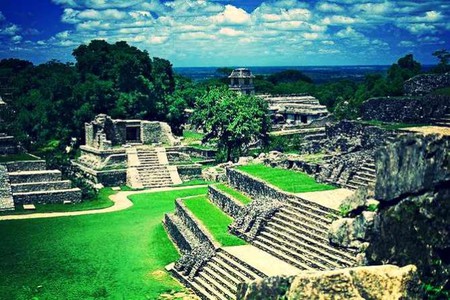 Mystery of the Maya asks thought-provoking questions about the once thriving Mayan culture, exploring its success and its downfall. This film was shot in IMAX to provide an experimental aspect and to give depth to the winding jungles of Mexico and Guatemala that lead to the incredible Mayan ruins. Directors Brian Howells and Rober Rochin Naya examine the sights to find clues and insights and seek answers to what happened to the Mayan people, how they came to be, and their amazing technological advances, including their intricate written language. Narrator and actress Susan Glover adds an element of adventure to the documentary, commenting on the featured wonders. For a more recent film on the history of Maya’s ancient civilization, check out Dawn Engel’s Mayan Renaissance (2012).

Patricia Flynn tells the story of Denese Joy Becker, a cosmetologist living in Iowa who was adopted as a child from Guatemala, and her trip back to her place of birth. As the film progresses, she rediscovers her history and identity as a survivor of the 1982 Guatemalan massacre in Dominga Sic Ruiz, where her parents were killed by the Guatemalan military, and her identity as an Achí Mayan woman. Discovering Dominga investigates the truth of the period of la violencia and the atrocious politics that surrounded the circumstances of Denese’s family’s murder and her journey to the United States.

This documentary follows a group of unaccompanied Guatemalan children attempting to cross into the United States on the top of the freight train “La Bestia” in hopes of being reunited with their parents and escaping poverty. Filmmaker Rebecca Cammisa’s gripping film gives a face to the issue of immigration and brims with the courage and hope of thousands of children, including those that make the journey and those that don’t.

Filmed at the height of General Río’s Montt’s brutal regime, Pamela Yates’s When the Mountains Tremble recounts the life and struggle of Rigoberta Menchú and the murder of her family by the general’s repressive government. Peace advocate and Nobel Prize-winner Menchú narrate the film and discusses the abuse of human rights in the midst of government massacres and the role of the US in aiding dictators for monetary gain. Though the documentary won awards at the the American Film Festival, Sundance, and Havana Film Festivals, Menchú has come under scrutiny for fabricating or exaggerating portions of her story. The film offers the testimony of the military leaders and the Marxist-Leninist guerrillas who were trying to remove them from power. It also provides context for Yates’s next film, Granito or How to Nail a Dictator.

This Pamela Yates film depicts the 17 months of blood and violence perpetrated by General Montt and the human-rights activists who brought him up on charges of genocide. It also offers Yates’s own reflection on documentary filmmaking and its process and purpose, as well as fifty years of tumultuous Guatemalan history. She shows how history itself and her views of it have changed and evolved. The footage, made by Yates at great personal risk in the early 1980s and documenting the atrocities committed by Montt, was used as trial evidence against him. The charges against him were ultimately thrown out.

Named the winner of the 2013 Visa d’Or France, Alma, A Tale of Violence is an interactive online documentary that channels the story and unique testimony of reformed gang member Alma, who was 26 when the film was made. Isabelle Fougere and Miquel Dewever-Plana document Alma’s initiation at the age of 15, which necessitated murder, and the next eight years of bloodshed, before a violent struggle to free herself left her a paraplegic. This is a film that serves to educate people in the hope of stopping the gang violence that plagued and irrevocably altered Alma’s life.