The Best Documentaries to Watch About Guatemala 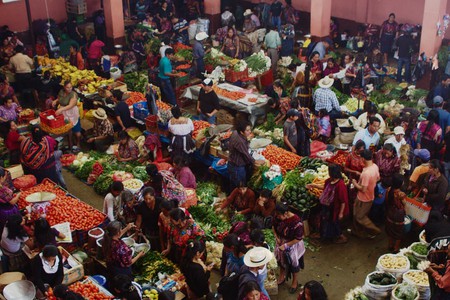 Whether you’re planning a trip there, or just want to find out more about Central America’s most populous country, these documentaries will boost your knowledge about Guatemala.

This 2017 feature length documentary examines the search for justice for victims of the Dos Erres massacre, which took place during the Guatemalan Civil War. Investigators find a boy who survived the massacre and link the Guatemalan government to the atrocity.

The third film (released in 2017) of director Pamela Yates’ trilogy on Guatemalan injustices walks the viewer through the indigenous Mayan community’s struggle for justice. It focuses on the tradition of resistance in the community, which began 500 years ago after the Spanish Conquest, and covers the present-day events of recent trials and protests.

Released in February 2018, this documentary tells the story of the amazing discoveries in ancient Mayan cities using laser technology. Over the past couple of years, archaeologists working in the jungles of Guatemala have used Light Detection and Ranging (LIDAR) technology to map settlements that are much larger than previously imagined.

The Houses Are Full of Smoke

This documentary series was released in 1987 and looks at the involvement of the US in Guatemala, El Salvador and Nicaragua. It’s a real eye-opener on the history of conflict in the region and goes some way to explaining the ongoing problems, too.

This 2003 documentary follows Denese Joy Becker from Iowa, who was adopted as a child in Guatemala. She travels to Central America with her adopted family and meets members of her indigenous Mayan community as she rediscovers her identity.

La Camioneta: The Journey of One American School Bus

Visitors to Guatemala will notice that one of the main modes of transport are converted old US school buses painted with bright colours, known as camionetas to locals. This 2012 film follows one vehicle on its journey south and the situation that awaits in its new home.

This 2015 film is a great watch if you’re interested in the fight against corruption in Guatemala. It follows Guatemala’s former Attorney General, Claudia Paz y Paz, as she fights the impunity that reigns in Guatemala. The film certainly helps to understand what is going on behind the scenes of a complicated country.