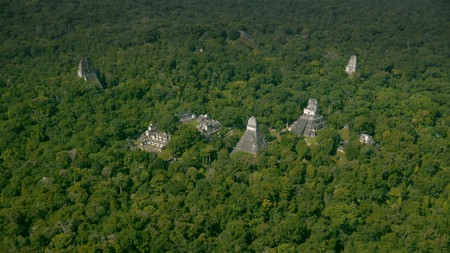 The Maya city of Tikal (Wild Blue Media) | As featured in National Geographic’s 'Lost Treasures of the Maya Snake Kings,' more information about which can be found at www.natgeotv.com

Traveling to a new country or continent and discovering the ancient civilizations that lived there previously can be an amazing experience. Technology is making it easier for archaeologists to find ancient ruins in places like the Guatemalan jungle, proving there’s still so much yet to be discovered.

The days of hacking through rainforests to find ruins and artifacts are coming to an end. These days Indiana Jones would be more likely to use a laptop than a whip, as detection technology has improved to spot fascinating archaeological sites from the air.

A recent survey of the Guatemalan jungle took aerial data and transformed it into digital maps and an augmented reality app that translates the findings in the air onto the ground. Using Light Detection and Ranging (LiDAR) technology, the project revealed more than 60,000 previously undiscovered Maya structures in the jungle.

If LiDAR technology sounds familiar, it’s probably because it’s used in self-driving cars. The surveying method measures the distance to a target with a laser light and a sensor. In cars it acts as the eyes and ears of the automated vehicle, telling it how far away obstacles are, among other things. In this case, the technology is used on a larger scale to map areas remotely. 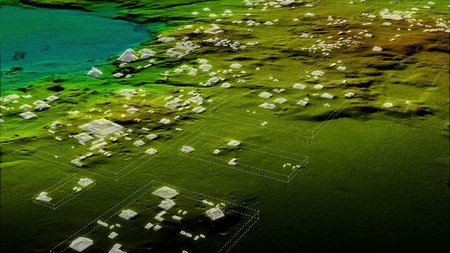 The Maya population was thought to be around one to two million people but this new evidence suggests it was closer to 20 million, as the images revealed a vast network of cities, fortifications, highways, and farms. The landscape was also found to have specialized areas of agriculture capable of providing food and to a huge population on a massive scale.

The project has been undertaken by the PACUNAM LiDAR Initiative and involved surveying 2,000 square kilometers of forest by plane. This revealed the structures to the team through the forest without having to cut down as much as a branch. The full results of the discovery was revealed in National Geographic’s Lost Treasures of the Maya Snake Kings, which premiered in February.

“There are entire cities we didn’t know about now showing up in the survey data,” says Francisco Estrada-Belli, a National Geographic archaeologist who is co-leading the initiative. “There are 20,000 square kilometers [7,700 square miles] more to be explored and there are going to be hundreds of cities in there that we don’t know about. I guarantee you.”

One of the existing cities that have been explored further with the technology is Tikal, a popular tourist destination and one of the most studied Maya cities in the world. The LiDAR survey found a pyramid in the center of the city and also extensive defensive fortifications, which add to theories that the Maya were involved in large-scale wars. The survey also found that the city is three to four times larger than previously thought. 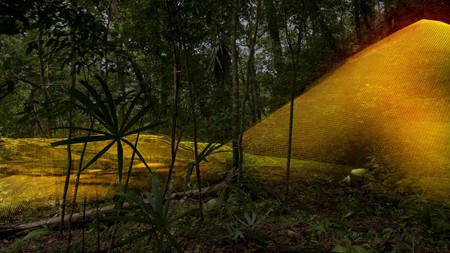 In Peru, archaeologists are using drones in the air and the water to attempt to find the Lost City of Gold. A team led by French explorer Thierry Jamin has been searching for Gran Paititi, an ancient Maya city said to be covered in gold. The team hopes to use drones to explore some sites which look man-made, where the city is rumored to have been located. The group also plan to use underwater drones to explore lakes in the area.

It’s easy to forget how much of our world and our history is still undiscovered, and by using technologies such as LiDAR, so much more will be brought to light in the future.