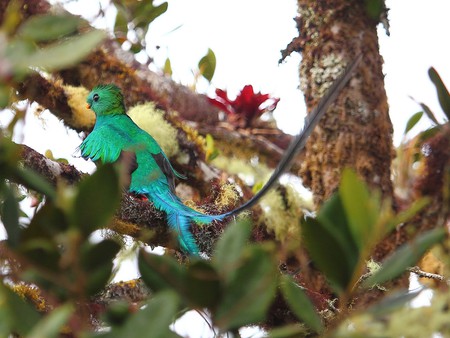 Guatemala's national bird, the quetzal, is famous for its long tail © ryanacandee / flickr

The striking quetzal was declared the national bird of Guatemala in 1871, and is celebrated each year on September 5.

A long-tailed, green and blue member of the trogon family, the quetzal lives in cloud forests in Guatemala and southern Mexico. It’s the largest trogon, with tail feathers that can reach up to a metre in length.

Not only is the quetzal the national bird of Guatemala, it also lends its name to the country’s currency and appears on its flag. So why is the bird so important to Guatemalans?

First of all, the quetzal was incredibly important to the indigenous Maya of the country. The bird represents liberty, and is said to die of sadness if it is caged. For this reason the Mayans would pluck a few of its highly prized feathers before setting it free. This devotion to liberty is also evoked in the Guatemalan national anthem, which contains the lyrics “rather death than slavery (antes muerto que esclavo sera)” in reference to the bird.

The quetzal is also one of the spirit guides, or nahual, of the Maya. It is said that warrior prince Tecún Umán, the last ruler of the Quiche Maya during the Spanish conquest, had one of the birds as his spirit guide. Legend has it that when he died, the bird swooped down and landed on his bloody body, leaving it with distinctive red feathers on its chest. 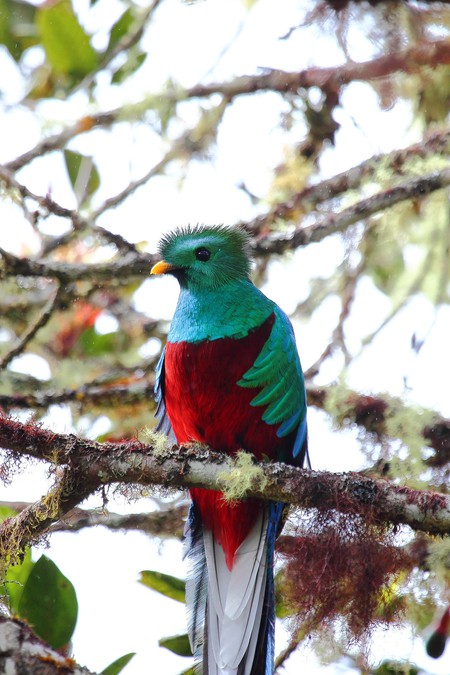 These legends explain the importance of the bird in Guatemalan history. It also helps that the quetzal is often named among the most beautiful birds in the world, with striking features and vibrant colouring.

Sadly the birds are endangered in Guatemala today, due to the destruction of their natural habitat. You can still go and try to spot them in the cloud forests of Baja and Alta Verapaz, but sightings are not guaranteed.