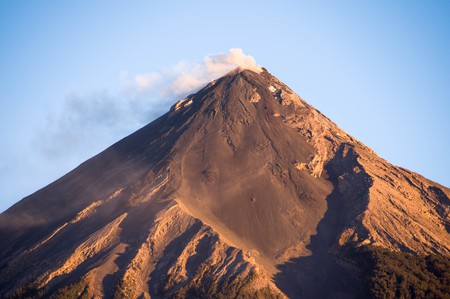 Fuego volcano in Guatemala erupted in early June, burying entire villages under lava and ash. Days after the eruption, the search for those who have disappeared continues, with survivors receiving help both from within the country and from around the world. 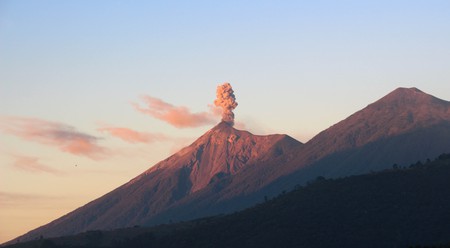 Fuego during a more gentle eruption; Acatenango volcano is seen a the right of the picture | © Darren Ridgway / Flickr

An amazing response from far and wide

In the aftermath of the disaster, people came together to support the victims. Across Guatemala, organizers set up collection centers and volunteers donated many tons of food, clothes, and medicine. The scene was repeated in Honduras and El Salvador, with trucks filling up with donations before driving to the border of their stricken neighbor.

The Central American countries of Guatemala, Honduras, and El Salvador form the so-called Northern Triangle, and the three nations are similar in many ways. For example, each of them use the vos informal form of address in Spanish, the same as Argentina and Uruguay. They also share many cultural features, simply due to their proximity, from ancient widespread civilizations to modern pop-culture trends.

El Salvador, Honduras, Mexico, and Chile were among the first to offer assistance

Even as people from across the region donated as much as they could afford, complications arose. Despite the great show of solidarity, some of these foreign donations were delayed due to the famously intricate bureaucracy of the Guatemalan state. Customs officials were forced to turn back four truckloads of goods from El Salvador because the disaster response agency hadn’t asked the Foreign Ministry to enact an international aid protocol. It took four days for the relevant paperwork to be submitted, finally allowing aid from across the region to reach the survivors.

Alongside El Salvador and Honduras, Mexico also came out in support. Further afield, Chile offered help in monitoring volcanoes to help prevent a similar tragedy from occurring again on Guatemalan soil. The disaster has attracted a great deal of attention, and various online fundraisers allow people to contribute from wherever they are in the world.

How can you help?

If you are interested in helping out, always make sure to check where your money is going. Look for fundraisers in aid of local organizations who are experienced in the area and understand the needs of survivors. Avoid campaigns that will ship donations from abroad to Guatemala, as transport is expensive and wastes money that could be used more effectively by supporting local organizations. Before you give, try to remember that a little initial googling can go a long way.

This page gives details of which campaigns are verified by GoFundMe.