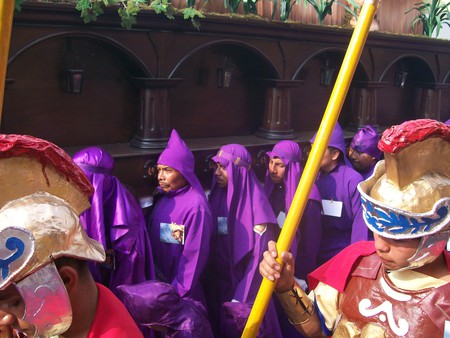 The story of Holy Week celebrations in Guatemala begins with the arrival of the Spanish in 1524, and continues to this day. 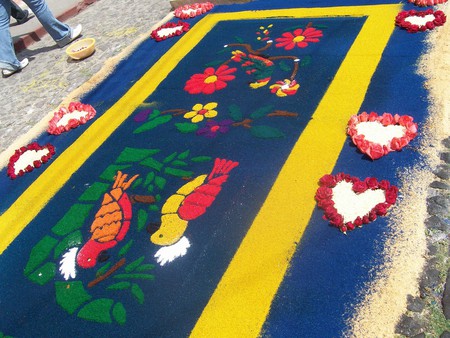 A tradition brought over from Spain

With the Spanish came Catholicism, and the belief system was quickly imposed on the local Maya. Today this continues, with Antigua, Guatemala the centre for celebrations. In this small colonial town, there are more than 50 activities over a 40-day period leading up to Easter Sunday.

Over the course of that period, there are a number of processions involving huge floats carried by devotees. These parades are accompanied by funeral bands, and the atmosphere is incredible. At the same time, local residents spend hours setting up intricate “alfombras,” or carpets, made from brightly-coloured sawdust. The floats then pass over the “alfombras,” consigning them to history until next year. 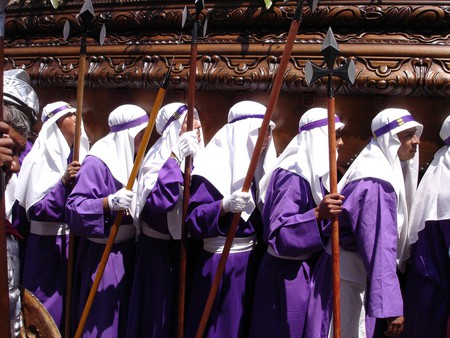 Cucuruchos on a parade in Antigua, Guatemala | © ilainie / Flickr

It’s an incredible sight to see, and one that has grown in popularity throughout history. Previously it was only religious groups known as “cofradías” that took part, but these days anyone can get involved. For a small fee, devotees known as “cucuruchos” can take a turn carrying the floats, some of which are as long as buses.

As the processions have grown in size and grandeur, so has the number of people coming to watch them. In 2017 an estimated 1.2 million people came to Antigua to see the processions, bringing in huge amounts of money for the local economy. 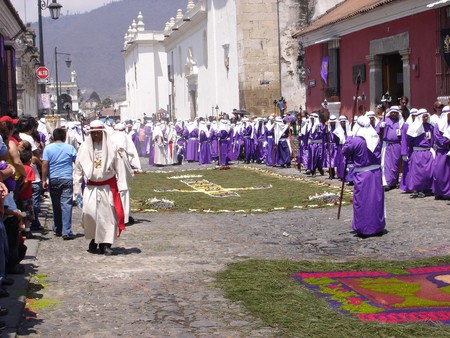 Book ahead to make the most of it

The processions are now so popular that Antigua is counted alongside Seville and Madrid as one of the best places in the world to spend Holy Week.

If you want to attend, you’ll have to be very organized. Accommodation can be booked out around a year in advance, and prices also rise as property owners take advantage of increased demand. Be organized, and you’ll really enjoy yourself.