Why Do Guatemalans Build Giant Kites to Celebrate All Saints Day? 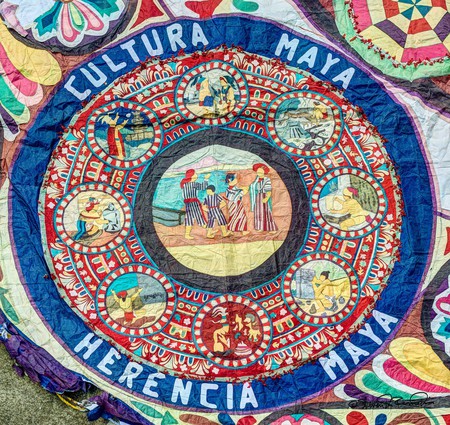 Head to Guatemala on November 1-2, and you can witness a truly unique celebration involving huge kites. 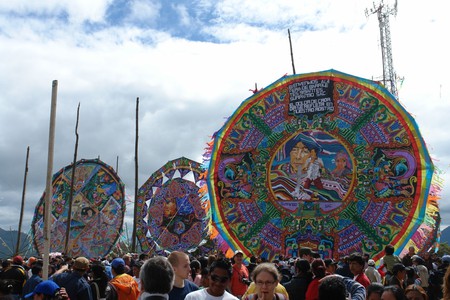 In the towns of Sumpango and Santiago Sacatepequez, locals spend all year constructing huge brightly-colored kites that are then raised on November 1 in honor of All Saints Day. Made from thick paper stretched over a bamboo frame, they can be as much as nine meters wide.

With dozens of kites on display, it makes for a fascinating place to visit. Guatemalans come from all over the country to see the kites, which were traditionally made to honor dead ancestors. The custom dates back to pre-Columbian times, when the pieces of artwork represented a joining of the underworld and the living world, but have now become part of the All Saints Day celebrations. 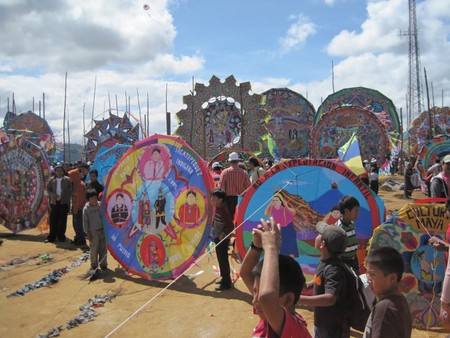 Kites that are too big to fly

Before the conquest, they were emblazoned with messages to the dead. These days they are used to communicate peaceful thoughts for the living, and sometimes satirical political messages. Teams of young people paint the kites by hand over the course of the year, and there are competitions for the most beautiful examples.

Smaller ones can be flown, but the larger ones are too heavy. In fact it can even be a struggle to raise them to a standing position, a feat which involves many team members and some risky climbing work. 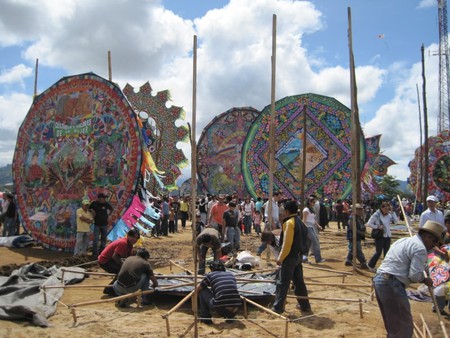 While the teams raise their works to the sky, other revelers spread flowers over family graves on the ground. There is often live music and speeches, with the whole day more of a celebration than the somber affair many people might expect.

This is one of the most important cultural events in Guatemala, and it’s important to plan ahead if you want to visit. There are tourist shuttles from hostels in Antigua and Guatemala City, and it’s a good idea to get on one if you can. Public transport is hugely overcrowded, and it can be a nightmare to find parking if you take your own vehicle.