What to Know About Guatemalan President Jimmy Morales: the Donald Trump of Latin America 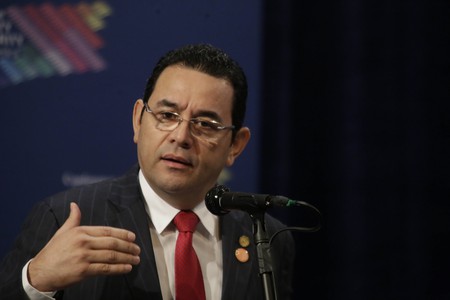 A much beloved national celebrity, Morales starred alongside his brother in the popular local TV comedy program Moralejas for 14 years. Above all else, the show was known for its lewd content, adopting a distaste for political correctness which Morales still holds today. A blackface skit, for example, was labeled as racist, while others have accused the actor of sexism and homophobia. 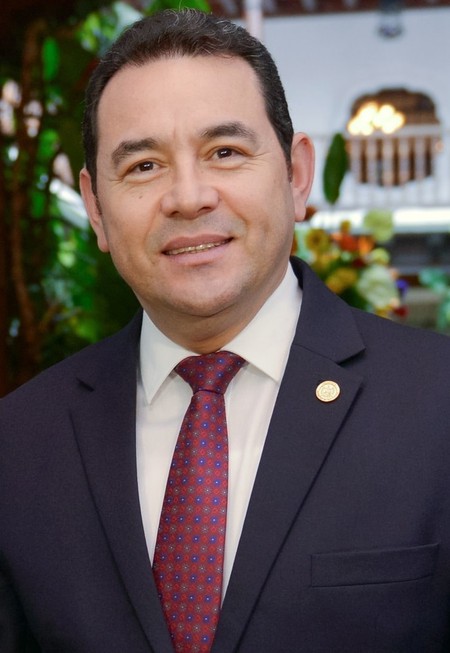 Remarkably, Morales’ presidential race – which for a time ran simultaneously to Trump’s – saw him face off against a former first lady who much of the populace saw as a member of the untrustworthy political aristocracy. Morales, on the other hand, was seen as the relatable common man. His lack of any government experience whatsoever was considered favorable as it would better enable him to fight corruption. Or, in other words, to “drain the swamp”.

Rather than “Make Guatemala great again”, Morales’ winning slogan was “ni corrupto, ni ladrón” (neither corrupt nor a thief).

This approach resonated strongly with the people of Guatemala who were tired of seeing politicians siphon off their country’s wealth, a practice that has proven difficult to control since their devastating 36-year civil war.

Furthermore, a fresh bribery scandal leading up to the election saw both the previous president and vice president resign, cementing public cynicism towards the ruling elite and allowing Morales to steamroll his way to victory with almost 70% of the vote. 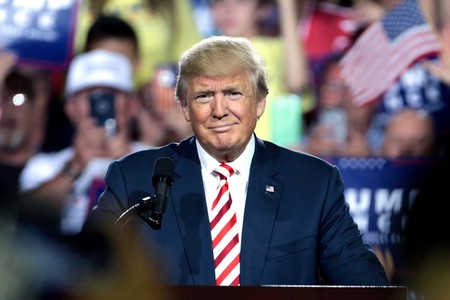 Much like Trump, Morales didn’t have a lot of concrete policies leading up to the election, preferring to attack his opponents and promote conservative religious values such as anti-abortion instead. Regarding the economy, he promised to create more jobs through lower corporate taxes and limiting the government’s reach.

Perhaps the most bizarre resemblance to Trump, however, lies in Morales’ foreign policy. While other Latin American leaders were tweeting their disgust at plans to build a wall on the Mexican border, Morales publicly supported the move.

“To the gentleman who wants to build a wall, I offer cheap labor. We have high-quality labor, and we’ll gladly build. Tell us the dimensions, and we know how to do it,” he told the New York Times in a Facebook Live interview.

Later, in December 2017, he decided to move his country’s Israeli embassy to Jerusalem, just days after Trump made the controversial move. 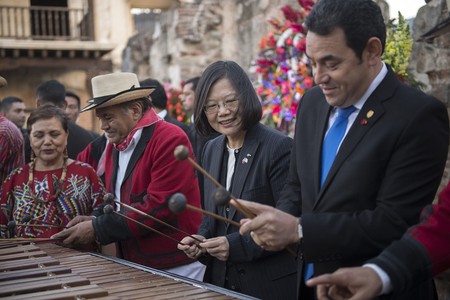 Like Trump, Morales’ presidency has not been without its hiccups. He expelled the International Commission Against Impunity in Guatemala (CICIG) Commissioner for investigating claims his party had taken illegal donations, an event somewhat reminiscent of the dismissal of FBI director James Comey.

Later, his brother and son, both close political advisors, were arrested on corruption charges relating to the 2015 presidential campaign, another strange parallel considering the current FBI investigation into Russian collusion is examing Trump’s close family members as well.

As has been shown, the uncanny similarities between these two men are numerous, leading some in the media to brand him the “Donald Trump of Latin America”. For the most part, however, Jimmy Morales has managed to be considerably more restrained on his Twitter account.